This is the first funding for the company, which was founded in 2001 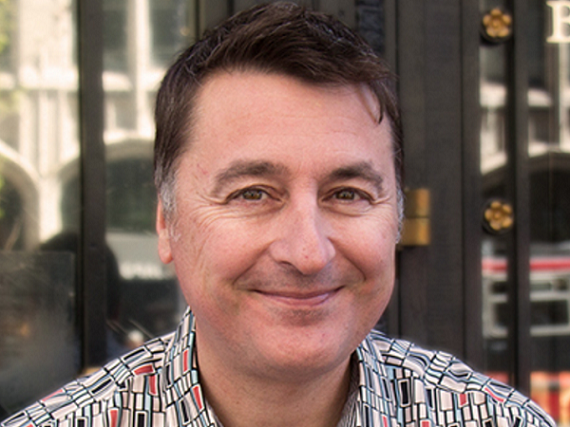 Tech companies love raising money, and we in the press, admittedly, love writing about how much capital is flowing, and the big rounds that the companies raise. Raising funding, though, isn't always a good thing, as Andy Dunn, founder and CEO of Bonobos, said at Splash Spring earlier this month, as it can actually be seen as success itself, rather than a stepping stone.

It's rare to find a Silicon Valley company that's been around for a long time that hasn't raised funding, but that was the case with Vendini, a provider of an end-to-end ticketing solution for event venues, theaters, playhouses and music and arts festivals, until today.

The company, which was founded all the way back in 2001, announced on Tuesday that it has taken its first ever outside funding, raising $20 million in Series A funding from New York City-based private investment firm, Level Equity.

"I started the company from scratch back in November 2001, and it grew organically to where it is today. We put a lot of effort into it, and one of the things we did was take our time with it, since we wanted to figure out where we fit into the marketplace," Mark Tacchi, founder and CEO of Vendini, told me in an interview.

Whereas Ticketmaster was the Goliath, and Eventbrite came along to serve the market for personal parties and events, he said, Vendini began building a solution for venues, one that would be entrenched into the business.

"Our philosophy is to focus on an all-in-one solution that centers around the patron, so we build off all the functionality around that. We provide a solution to venues that is all integrated, including ticketing, marketing, non-profit fundraising, as well as the social aspect, and patron management. And we offer a CRM system as well, that is a functional system," Tacchi explained.

"They all play well with each other, because they are part of the same solution set, unlike Eventbrite, which did it in different way, allowing other companies to extend into their system. When I worked at NeXT, Steve Jobs' solution was one that that worked well together, so it simplifies it better, and makes it simpler for the user."

It means, among other thins, that users don't need a separate username and password to access each aspect of the service, and don't have to export data back and forth.

"I really believe in keeping things ultra simple, and 'light switch easy,' so I wanted to stay true to that."

Not taking money also allowed to company to build its roots, and for Tacchi, “to establish the business in a smart and strong way," one that would line it up for growth, and get it to the point where it could take that infusion of cash, which will help the company grow even faster.

The company decided to go with Level Equity as its first investor after Tacchi sat down with partner George McCulloch and "it felt natural, since they aren't just money people."

The funding will be used to grow out Vendini's staff, which is currently 165 employees, to around 220, over the next 12 months,

"We don’t want to hire for the sake of putting bodies behind desks. They have to fit the core culture, which is phenomenal. This is my work family, these are people who hang out together, and we have musicians, actors, coming around, all kinds of culture. I don't want to disrupt that, since we created something special," said Tacchi.

In addition, the funding will also be used to enhance the current platform and add more features and functionality. That includes finishing out the company's Web service infrastructure to round out the solution.

"Over the past year and a half, to two years, we have been expanding the business to Web services with an API, allowing developers to build apps focused on these venues. That means providing more specific functionality to different people and organization," Tacchi explained.

"We do the ticketing piece, but we also have tools for the person that runs the venue, including task oriented mobile apps, and a patron connection extension for CRM system. So, if a VIP shows up at a  casino, the venue gets a notification when they walk in, shows them their buying pattern. Our CRM system is unique; it's one that is specifically built for the live events industry. All this stuff ties together, and everything ties back to the patron."

Venues who use Vendini's solution can increase online sales from 18 percent to 24 percent in the first year. One customer, for example, The Bristol Rhythm and Roots Reunion, increased ticket sales during peak hours by 30 percent.

Another customer, Santa Clara University, was able to cut time spent working on season ticket renewals by at least 30 percent, and the Midland Community Theater saw a 35 percent increase in onsales, trimming box office hours by 25 hours a week.

The Mercury Theater, which, before Vendini, took about a week took a week to do box office training, now is able to do it under an hour. In addtion, The Villages saw online sales go from 3 percent to more than 20 percent of total sales.

"We want to own the mid-market space, and provide solutions that really help these organization. That comes from the heart. We're trying to be the tech company that provides help to these organization, with stuff they cant do themselves," said Tacchi.

"We're trying our best not to be evil corporation. It's all about helping these people, and you can see it in the actions we have taken. We started a program several years ago called 'Vendini Loves the Arts,' where we allocated money every year, donating back to arts and entertainment."

In one case that Tacchi mentioned, one of our checks went out to a small venue in NY. The sheriff was coming to shut down them down, since they hadn't paid rent, and the owner got Vendini's check in the mail that day, so he was able to pay the rent and stay open.

"We get a lot of enjoyment our of helping people like that," he said.

Founded in 2001 by former NeXT and Apple manager Mark Tacchi, Vendini’s unique business model and dedication to excellence offer an effective, precise and economically sound solution for ticketing needs across the board, which helps customers increase sales, profitability and overall prosperity. Vendini also offers an all-in-one music and arts festival solution, which uses a series of mobile apps for iOS devices to manage ticketing and RFID wristband activation, front and back-of-house logistics and detailed data analytics of festival operations.

The company also released a mobile app for iOS and Android in 2012 called Walletini. The app not only houses all your tickets -- regardless of ticket provider -- but also allows you to transfer tickets to friends, get paid back right in the app, and lets everyone enter the event with their own tickets, on their own phones.