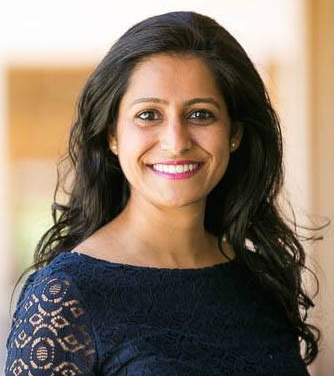 Previously, Gandhi was an investor at True Ventures and Samsung's Early Stage Fund, and worked for HighBAR Partners that invests in distressed startups, Lightbank, and i2a Fund.

She started working with Machine Learning algorithms while working on her master's thesis in computer science from Columbia University on understanding user behavior on instant messaging platforms. While at IBM she worked on self learning algorithms that detected user location based on IP addresses, which she later incorporated into the Lotus Sametime product. Later, her company Penseev helped users make better connections with their friends based on social data.

When not investing, she is hacking on some app or thinking about ways she can be in many places at one time.

She also has an MBA from the University of Chicago, where she polished her finance skills before making the switch from engineer/founder to investor.

Gandhi will also be participating on a panel called, "With VC investments slowing down, are Post Seed rounds more prominent?" at Vator Splash Spring on May 12.

Shruti Gandhi: I invest early stage in enterprise companies in areas of machine learning, data, and analytics. Founders like getting big firm-like help with Array Ventures’s investment at the early stages.

SG: Array invests in deep tech companies in areas of machine learning, data, and analytics. The opportunities are pretty big. 2015 was the first year where AI made significant progress and then 2016 we made a tremendous improvement in algorithms, where, for example, you might have seen AlphaGo beat Lee Sedol in Go. Those kinds of AI advances will create a new array of applications that were unimaginable even last year.and big market opportunities for the next 10 years.

SG: One of the companies that I'm pretty excited about is Wootric. They are building a product for companies to increase happiness and thus LTV from their own customers. One of the founders is the first female engineer at Salesforce.so they're using their relevant industry expertise to build that.

The most recent one that I invested in is a company called Lennd, and this company has done a really outstanding job of making large scale event planning easy. After working in the events industry for 20 years, they uncovered that a lot of the planning on the back end is still done on Excel and Google Docs, so they're building a back end platform for bigger events, like extreme sports, concerts, tech events. They are already working with events like the LA Marathon and Coachella.

There are many more but I'll talk about one more, which is Simility a machine learning fraud detection platform. There is a lot of online fraud at banks, marketplaces, ecommerce sites, etc. which overall is $600 billion industry. Simility is starting with online fraud for retail.Sometimes crowdfunding plactforms such as Kickstarter, Lending Club, etc could have fraudulent campaigns and these companies have to fight against that where Simility can help detect and catch such fraudulent behavior.

SG: Team is definitely number one. Investing is committing to work with someone for 10 years, or more. Specifically, I look for very technical founders who are also very analytical. A third thing I look for is when they have an expertise in the area they're trying to solve a problem in.

SG: I am ok with companies pre-revenue because I often help companies connect with customers. It helps when they have a few pilots in action.

SG: With easier access to financing, startups are raising multiple rounds of capital before Series A or B and it is becoming very hard to track the progress. That's why I don't want to refer to myself as seed, post seed, etc, because I just believe in helping companies at a stage they need my help earlier on.

SG: I think it changes from firm to firm. Some Series A firms are more metrics oriented such as $1m in ARR, 25% growth MoM, etc. Some firms are more market opportunity oriented like their peers at the Seed Stage since Series A is still early.

SG: I think, bubble or not, everyone's very cautious this year. Not many firms have made investments in Q1 2016, a lot of firms are going out and raising more capital for the rainy day, so many of the firms are out fundraising.

SG: Enterprise companies, at their early stages, don't have such crazy numbers and valuations. I will still be investing in 10 companies this year.

SG: I kind of fell into this in a way, where I was an engineer at IBM for many years. Then from there I left to start a company and, as the company was failing, I wanted to figure out what could I have done differently? So I switched to venture capital to learn for a few years.

The first venture job I had was at Samsung where I was an early team member and helped them start their new early stage investment arm. From there I worked at True Ventures briefly. After that, I was actually considering moving to an operating role, but then I started realizing that founders kept saying to me, "We would love to get your investment. We're looking for someone with your background." Women founders, especially in enterprise, were rising. I discovered this need for woman investors in enterprise so I decided to start a fund. I’ver gotten some really good reception from the industry – both founders and investors.

SG: Just helping the founders. When you see the journey from "I'm not sure what I'm doing," to "Hey, I made it." It's pretty rewarding. I want to make more of these stories true for many founders.

SG: It can range anywhere up to $500,000 or so for the first check. And then follow-ones depend on the company.

SG: I would ideally like to get to 20 percent or so. If I'm co-investing with other investors I'm open to taking a lesser amount.

SG: We launched about a year ago so we're very early on in the cycle of the fund.

SG: I would say I'm usually the first or second check in terms of round.

SG: Companies that are solving big problems with machine learning, analytics, and data and if they need an early partner to help them figure out things like business model, focus, customer development, and pricing then reach out to me.

The firm, which focuses on global healthcare investing, recently had the first close for its fund

The firm invests in the consumer companies in spaces such as food and beverage, pet, and fashion 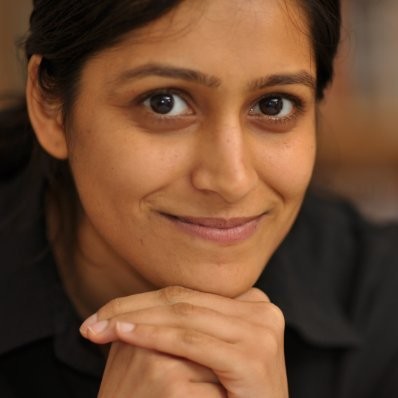