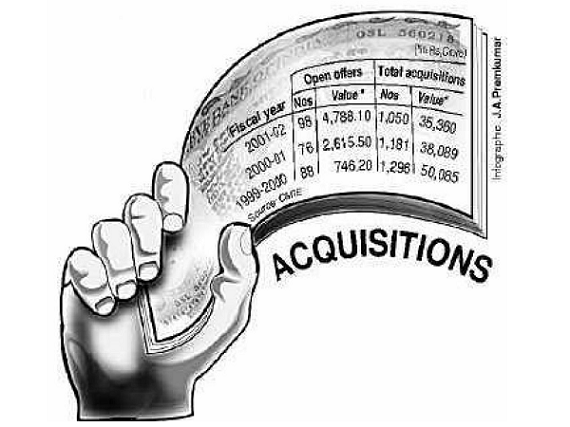 AOL will use the technology to create 360 degree video across its  content platforms, starting with the Huffington Post, where it has already been integrated with the company's 15 global editions. Eventually its technology and VR capabilities will also be incorporated into AOL's other properties as well, including Autoblog, BUILD, Engadget, MAKERS and TechCrunch.

Founded in 2012, RYOT has a focus on global news stories. The studio has produced movies on topics that include the Syrian war zone and the destruction of the Nepal earthquake.

The acquisition was an acqui-hire. Daniel Nordh, the founder of the company is joining Pinterest, where he will lead product design for core features like saving and retrieving content.

This acquisition is not only about helping build up the design team, but also establishing a strong international presence. Part of Nordh's job will be helping the team make Pinterest even more valuable for Pinners around the world.

Curator was founded in 2012 as a mobile presentation tool for both everyday users as well as creative professionals. Its mobile interface makes it easy for people to bring together images, text, and other content from a variety of sources.

OpenText, a content management company, entered into a definitive agreement to acquire certain customer experience software and services assets from Hewlett Packard. The price was $170 million.

OpenText expects that the acquisition will complement its current software portfolio, particularly its Customer Experience Management and Cloud offerings.

Verizon and Hearst entered into an agreement to jointly acquire Complex Media in a 50/50 ownership structure. No financial terms of the deal were disclosed.

In addition to the joint acquisition, Complex will develop premium video content for distribution across Verizon digital platforms, including go90, AOL.com and more.

Founded in 2000, Complex has become one of the top 10 publishers in the U.S. when it comes to social interaction and engagement on channels like Facebook, YouTube and Twitter. It raised $60.53 million in venture funding.

The transaction is subject to customary closing conditions. The parties currently expect that the transaction will be completed within the next 60 days.

Graduateland, Copenhagen-based career network for students and graduates, acquired Tyba, a Madrid- based platform for startup and technology company recruitment. No financial terms of the deal were disclosed.

Adding Tyba to the Graduateland Network resonates with Graduateland’s strategy of facilitating international job searching and recruitment. Additionally, being based in Southern Europe the majority of Tyba’s audience are Spanish and French. Those are two important growth markets for Graduateland.

eBay Enterprise and Innotrac, an e-commerce fulfillment firm, merged to become Radial, an omnichannel commerce technology and operations provider. No financial terms of the deal were disclosed.

Radial’s platform makes it turnkey for retailers to create a leading ecommerce operation, eliminating complexities while managing cost and improving profitability for the entire order lifecycle, from purchase click to doorstep delivery or checkout aisle. Radial’s technology and operations integrate with any mobile app, web store or purchase point to make supply chains more flexible and optimize the “where, when, how” of satisfying customers’ online orders.

The company operates more than two dozen distribution centers and six call centers in the United States, Canada and Europe, and employs more than 7,000 people globally.

Shots purchased Mindie's app, code, community and brand. Mindie had shut down in December, but Shots now plans to re-release it on iOS and bring it to Android.

Founded in 2013, Mindie had raised $1.2 million in venture funding from Lowercase, SV Angel, Betaworks, CrunchFund and Slow Ventures, among others.

Conga, a provider of document and report generation solutions for Salesforce customers, made three acquisitions. No financial terms were disclosed for any of them.

It bought Novatus, a provider of cloud-based contract management software in which customers manage, negotiate, and administer contractual agreements digitally.

It bought ActionGrid,a grid solution on the Salesforce AppExchange that streamlines and organizes the entry, grouping, filtering, and browsing of data into an Excel-like grid for easy data visualization and management.

With these acquisitions, the recent partnership with DocuSign, and its status as a Salesforce Platinum ISV Partner, Conga now provides solutions spanning the sales process including data, documents, quotes, contracts and digital transaction management.

Literally Media, a manager of  humor and entertainment websites, acquired Cheezburger, the operater of a network of social humor websites. No financial terms of the deal were disclosed.

Literally Media also owns eBaum's World, ranked at  number 9 the Entertainment - Humor category according to reach in the US, while Cheezburger is number 10. When the two are combined, they move up to #5 above Comedy Central according to their cumulative reach, which is over 10,000,000.

Scott Moore, the CEO of Cheezburger who will be joining Literally Media in the same capacity.

Founded in 2007, Cheezburger had raised $71.74 million in venture funding.

Telecommunications operator Orange completed the acquisition of mobile operator Tigo. No financial terms of the deal were disclosed.

The consolidation of Orange’s and Tigo’s operations in the DRC will enable Orange to strengthen its presence in the Democratic Republic of the Congo.

Tigo had raised $15 million in venture funding from International Finance Corporation and The World Bank Group.

The deal was first announced in February.

One year since its foundation, this is CleverToday’s first corporate acquisition. After working with Sidereo Solutions, the two companies realized their cohesion and will advance their clients’ new projects, together. They will become a single agency at the beginning of May.

With this acquisition, CleverToday offers a complete range of digital services, ranging from strategic support to web, mobile and connected devices development.

Placester, a real estate marketing platform, acquired RealSatisfied, a suite of customer satisfaction tools. No financial terms of the deal were disclosed.

RealSatisfied employees will be joining the Placester team, but the company will continue to be a distinct brand. Placester will integrate RealSatisfied’s tools and data into the Placester platform and make them available to its customers.

Founded in 2010, RealSatisfied is based in Sydney, Australia, and operates in Australia, the United States, and Canada. Customers include Century 21 USA, Better Homes and Gardens Real Estate, and Home Services of America, along with individual agents from brands like RE/MAX, Berkshire Hathaway, Dilbeck Estates and EXIT Realty, totaling over 200,000 agents.

i3 Verticals, an integrated payment processing company, acquired Bill & Pay, an invoicing and payment software solution, as well as Esber Cash Register, a provider an online payment program for school systems. No financial terms of the deals were disclosed.

Bill & Pay provides i3 Verticals with a platform for engaging existing and new customers across its  industry verticals. Esber’s focus on serving K-12 schools expands its capabilities in its education vertical and complements the products and services offered by its flagship education company, PaySchools

In conjunction, i3 Verticals renamed PaySchools its former Data Business Systems as PaySchools.

Battery Ventures, a global investment firm, entered into a definitive agreement to acquire Goldleaf Enterprise Payments from Jack Henry & Associates. No financial terms of the deal were disclosed.

The company will be known as Alogent going forward. As part of the deal, Dede Wakefield, who was until last month chief financial officer for cloud-based supply-chain company GT Nexus, will become Alogent’s chief executive. In addition, Battery General Partner Russell Fleischer and Battery Vice President Jordan Welu will join Alogent’s board.

Alogent’s back-end software focuses on electronically capturing, processing and analyzing check data and images, including those captured on mobile devices. The transaction will allow the company to bolster its core technology and better focus on serving global, Tier-1 bank customers.

Asahi Shimbun, a Japanese national newspaper, acquired Somewrite, a content marketing company. No financial terms of the deal were disclosed.

The purchase will be completed in late April.  After the acquisition, Somewrite Chairman Shibata and COO Ikedo will remain on the board of directors and continue managing the company while Asahi Shimbun will dispatch a director from their side.

ShopAdvisor, a retail proximity marketing, analytics and mobile shopping company, acquired Retailigence, a provider of in-store product data and location services. No financial terms of the deal were disclosed.

By combining ShopAdvisor’s ability to provide a personalized, data-driven content experience and access to more than 210 million online and local inventory products with Retailigence’s real-time intelligence on the availability of those products across 200,000 brick-and-mortar stores, consumers will have an end-to-end mobile-enabled shopping experience that can take them from product discovery to hyper-localized in-store purchases.

Through this acquisition, ShopAdvisor has more than doubled in size.

Founded in 2009, Retailigence had raised $13 million in venture funding.

Mobify, a mobile customer engagement company, acquired Pathful, a provider of advanced machine learning-based technology for behaviour-based targeting. Terms of the acquisition were not disclosed.

Pathful's team have joined Mobify, including co-founders Boris Lau as Senior Software Engineer and Campbell Macdonald as an advisor.

Integrating content-specific data collection into the Mobify platform will improve the ability for retailers and other B2B customers to present more individualized content in Mobify-powered experiences.

Hackbright has become a wholly-owned, subsidiary of the Capella Education Company. It will maintain its current headquarters and management team based in San Francisco.

Hackbright’s mission to increase female representation in the tech workforce through education, mentorship and community is a strategic fit with Capella’s focus on providing the most direct path between learning and employment, and Capella’s historic base of largely female students.

Cryptosoft, a provider of authentication and encryption services for connected Internet of Things and Machine-to-Machine devices, acquired of DeviceAuthority, a vendor for Identity and Access Management solutions for IoT. No financial terms of the deal were disclosed.

The transaction closed on April 21, 2016 and after regulatory filings the new company will operate under the Device Authority name.

This agreement follows the successful strategic partnership between the two companies, formed in October 2015, and the subsequent integration of their technologies.

Founded in 2013, DeviceAuthority had raised funding from Alsop Louie Partners.

PayScale, a provider of modern compensation software, merged with MarketPay, a company offering technology-enabled services for managing multiple sources of compensation survey data. No financial terms of the deal were disclosed.

PayScale will incorporate MarketPay’s data management and market pricing applications for large organizations into its line of compensation management solutions designed to help businesses get pay right for their employees. PayScale will continue to provide support for MarketPay’s On-Line Market Pricing System, utilized by 650 enterprise customers including 200 of the Fortune 1000.

Following the merger, PayScale will have more than 5,000 customers, managing pay decisions for ten million employees at small, medium and large organizations in almost every industry.

MarketPay’s employees will join the PayScale team and will continue working in Denver and other North American locations. 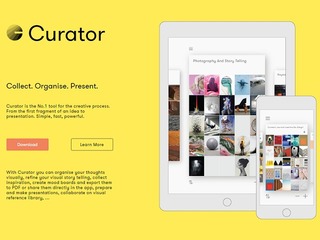 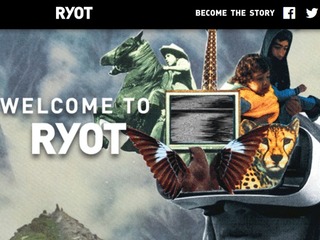