The company has now raised over $40 million in funding 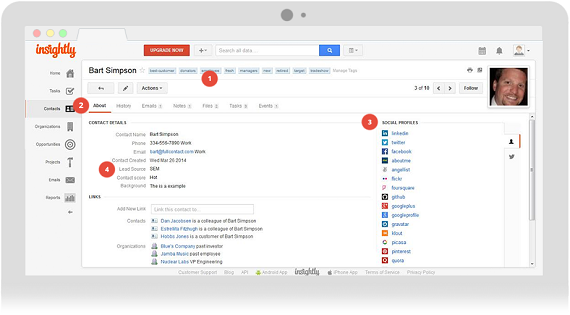 Small businesses need just as much help with customer relationship management (CRM) as larger companies. but the big difference is that they don't a staff dedicated to that purpose, or often the technical know-how to fully take advantage of the benefit of the technology. That can leave them out in the cold

Insightly is solving that problem. It's a CRM platform that is dedicated solely to small and growing business, and it has now raised $25 million in a Series C round of funding, it was announced on Tuesday.

The round was led by Scott Bommer, venture investor and founder of SAB Capital, with participation from existing investors Emergence Capital Partners, Cloud Apps Capital Partners and Sozo Ventures. The company had previously raised $16 million, bringing its total capital raised to more than $40 million.

"Businesses of all sizes use Insightly because it’s intuitive and powerful and keeps all the information needed to run a business in one place that’s accessible to all employees, wherever they are in the world," Anthony Smith, CEO and founder of Insightly, told me in an interview.

"The majority of small businesses are service based businesses that don’t have a dedicated sales force, so Insightly fits their needs by including project management right in the same tool."

Insightly currenly has more than 1 million users in over 200 countries, and its typical customer is a company that wants a tool that can increase efficiency and productivity to boost sales. Beyond just being a database for contact information, Insightly also integrates with tools like MailChimp, Xero and QuickBooks Online.

That means that users can "make Insightly the heart of their business operations," said Smith. "From customer acquisition to billing and customer support, Insightly is the tool users open every morning to keep business running smoothly."

It also allows its customers to set up and start using the software much faster than its larger competitors. An independent third party analysis group surveyed Insightly’s customers and found that it offering delivers a return on investment in under three months.

"That’s incredibly quick, and it’s a big validation for the product that customers can get up and running and productive with such a short payback period," said Smith.

While CRM is a large field with a lot of players, what sets Insightly apart is that  it is the most tightly integrated with the two major office suites in the market.

"We’re the number one CRM in the world for Google Apps, and the largest SMB CRM in the world on Office 365. Couple that with great native mobile apps for iOS and Android, and a modern user interface and we know we’ve got a very compelling offering," Smith told me.

"And we cover every price point from free for very small businesses all the way up to enterprise price points with a feature set to suit."

The new funding will be used to further accelerate the growth of Insightly into larger businesses.

"Larger organizations find a lot of value in Insightly. We offer the same functionality as traditional CRMs in the market but offer it with a modern interface accompanied by  great mobile applications, and a very attractive price point," Smith said.

It will also be used build out its direct sales team. Insightly has over 70 employees and plans to build out a sizable inside sales team over the next two years.

In addition to the funding, it was also announced that Insightly has hire Mark Ripley as its new VP of Sales.

"Mark Ripley brings a tremendous amount senior sales experience to the table, and he is going to use that to build out a sizable sales team to bring our offering into larger customers with more complex needs," said Smith.

"There are millions of businesses in the world that can all gain value from Insightly. Insightly is in six languages and over 200 countries right now, and we’ve got a big opportunity ahead of us to reach those businesses that have not yet heard about so, so we’ve very excited to have the capital to take on that challenge."

“Insightly is well positioned as a leader in Customer Relationship Management from a global perspective, available in 7 languages and 200 countries. We are pleased to be part of its expansion into delivering easy to use CRM to the 25-250 employee customer segment,” Matt Holleran, General Partner at Cloud Apps Capital Partners, told me. 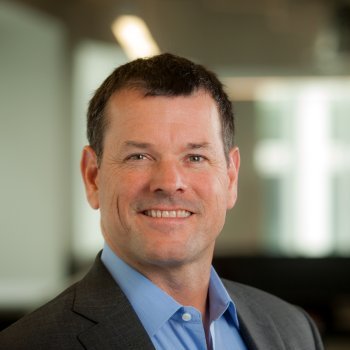