The notetaking company has been struggling lately, with layoffs and departures

Imagine this scenario: you're the relatively newly appointed of a once-promising tech startup, one that was valued at $1 billion and seemed to be sailing toward an IPO, before a series of failed products, and departing executives, put the company into something of a spiral.

If you're Chris O'Neill, who took over as CEO of Evernote in July of last year, replacing founder and long-time CEO Phil Libin, you bring on a whole new executive team to turn the ship around.

In a blog post, O'Neill announced a series of new hires for the company, in everything from product management to marketing to technical operations.

"At Evernote, our team makes a positive impact on millions of users worldwide, every day. To connect with those users takes a special kind of leadership—a strong, flexible group with the expertise to build upon Evernote’s successes and the vision to see what’s next for the company as a whole," he wrote.

We’ve assembled a new leadership team that combines the best of both realms. Drawing from global companies such as Google, Skype, HP, Logitech, Microsoft, Motorola, and VMWare, the seven people I am introducing today are experts in building great customer experiences, scaling cloud services, growing brands, and developing talent."

Here's who now works at Evernote:

Erik Wrobel was named Chief Product Officer. He most recently spent the last 10 years as VP of Product at VMware.

"He brings a wealth of technology experience to Evernote, along with the sort of deep understanding that can guide the business for years to come," said O'Neill.

Raymond Tang has been named as the new leader for Evernote China. China is a big market for the company, with over 16 million users. Tang had previously worked for companies that included Nokia and Microsoft.

Evernote's SVP Marketing is Andrew Malcolm, who took over the role in November. He recently spent over two years Vice President Product Marketing Mobility at HP, and before that was in charge of marketing at Skype.

Ben McCormack was named VP Operations in January. Before that he spent over three years at Armor Defense as Director of Operations EMEA, VP of Service Delivery, and, most recently, VP Global Cloud Operations.

The company's VP of Design since November has been Nate Fortin, who spent the last seven years as Director of Motorola Mobile Devices

Michelle Wagner was named SVP of People Ops in February. She was VP of Human Resources and SVP of Operators at Ooyala, but spent the biggest part of her career as HR Manager/Business Partner at America Online from 1996 to 2005.

The last new hire that Evernote is announcing is Azmat Ali, who has been VP of Brand and Marketing since last month.

"Azmat brings 20 years of experience in marketing for major technology brands like HP and Logitech, but it’s his start-up scrappiness that really stands out. Here is a brand leader who not only conceives of the Boom Bus to launch the UE Boom but also personally drives it up and down the California coast. I can’t wait to see what he’ll do for us," said O'Neill.

Obviously a change like this would only be precipitated by a slew of exits leaving these jobs open.

The biggest change that occured last year was losing Libin as CEO, but others who left included COO Linda Kozlowski. She had been with the company for three years, working on the marketing team, but has spent only eight months as COO before she left.

Alex Pachikov, who spent over nine years as Evernote's VP of Partnerships also left, though he is still listed as an advisor to the company.

Other departures includes Philip Constantinou, who left after spending eight years as Vice President or Products. He now Chief Product Officer at Navdy.

Joshua Taylor, was was Design Director for almost four years, and a product manager for a year before that, also left last year.

While O'Neill is filling out his team again, it looks like he's going to have another position opening up soon: Dave Engberg, who has been CTO at Evernote since 2007, is planning to leave in May, according to a report from TechCrunch.

VatorNews has reached out to confirm Engberg's departure but a spokesperson for Evernote had no comment.

The fall of Evernote

Founded in 2004, Evernote has raised $290 million in funding, most recently a $20 million round in November of 2014. Investors include Nikkei, CBC Capital, Eastlink Capital, Salesforce Ventures, Sequoia Capital and Morgenthaler Ventures. It was one of the first unicorns, reaching that status in 2012, and it was long thought of as a major candidate for a public offering.

When I interviewed Libin back in 2013, we discussed the company's potential plans in this regard, in which he said the company had plans to go public in 2015 or 2016 at the earliest, since "by then the markets will have settled down and made peace with technology companies."

He said he took the idea of going public seriously, and that he did not want to rush it, calling it a "moral obligation," a line that he has used many times.

When he left last year, Libin said that he wanted to put someone in chare who would do a better job of helping it achieve its true potential, namely that IPO.

“I’ve always said that I wouldn’t be the company’s last CEO. And I realized years ago that I didn’t want to be the CEO when the company went public,” he said in an interview with Re/Code at the time. “I realized I wasn’t passionate about being the CEO who will take this company public and that I should find someone who will be passionate about it.”

When Re/Code asked Libin if O’Neill will be the CEO that finally takes Evernote public, Libin's response was, “He better.”

In recent months, though Evernote has taken a series of hits, being forced to lay off a big chunk of its staff, close down offices and endure a series of stories about how it had failed to capitalize on its potential, and wasn't making enough money for a company with 150 milllion registered users.

With a new CEO in place, and a much different looking executive team, notably on the product front, an area that had been heavily criticized for a lack of focus, perhaps Evernote can dig itself out, and turn itself into the profitable business everyone expected it to be a few years ago.

"I am proud to have these colleagues by my side. As human knowledge and creativity expand exponentially, we are forging a product, organization, and brand that will help hundreds of millions of people reach new heights in productivity and success," said O'Neill.

"We now have the team in place to boldly write the future of Evernote." 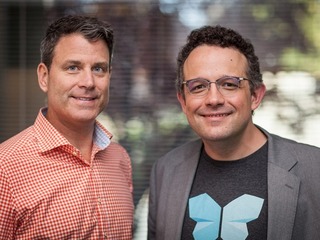 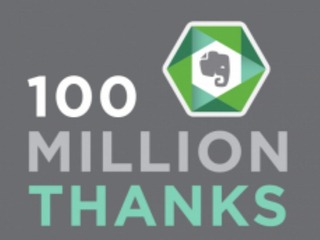 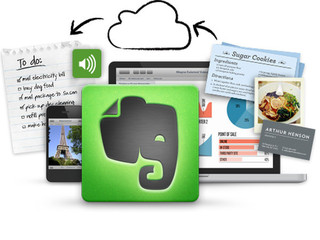 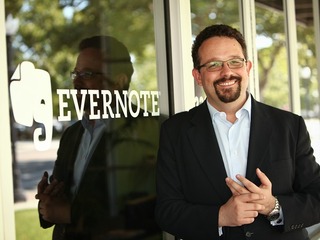 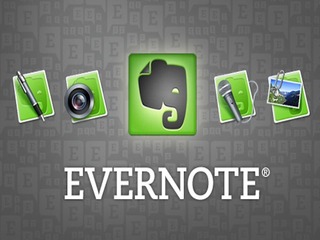