Afluenta, a peer-to-peer lending platform based in Argentina, announced today that it has raised an $8 million round of funding from the International Finance Corporation (IFC) and Elevar Equity.

The Washington, D.C.-based IFC, a member of the World Bank Group, offers investments, advising, and asset management services to private companies in developing countries. Based in Seattle with offices in Bangalore, India and Bogota, Colombia, Elevar has poured money from the three private equity funds it manages into 22 companies at various stages of growth. The IFC and Elevar each contributed $4 million to Afluenta’s new round.

Essentially, Afluenta is designed to facilitate lending and borrowing between ordinary people.

To become a borrower, applicants must undergo a credit assessment to ensure that they have a good credit rating. If they do, then they’re introduced to investors. As a peer-to-peer network, Afluenta allows a single individual to borrow money from multiple investors, while single investors can also lend money to multiple individuals.

“Afluenta is uniquely positioned to lead the emerging class of innovative FinTech companies in Latin America,” said Johanna Posada Gil, co-founder at Elevar Equity, in a prepared statement. “Already a leader in Argentina, Afluenta will expand marketplace lending to multiple countries in the region and disrupt traditional models for loans and investments, making these services more accessible and affordable to millions of people.”

In its initial assessment of why it should invest in Afluenta, the IFC said the service would give more credit access to “unbanked and underbanked customers” through a more efficient platform and lower rates. This ties back to the organization’s goal of closing the income gap in emerging economies.

Besides the $4 million in funding, the IFC may also lend Afluenta expertise when it comes to financial regulations, as well as opening up the organization’s network of financial institutions and financial investors to potentially partner with the startup.

Though VC funding has cooled down since astronomical levels seen last year, peer-to-peer lending platforms only seem to be growing more commonplace. LendInvest, a UK platform for peer-to-peer real estate investing, also announced this week that it had closed a  £17 million (approximately $25 million) Series B funding round from Atomico. 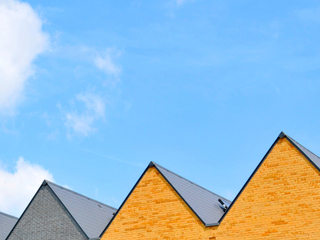