Snapchat now has 8 billion video views a day, up from seven billion just a month ago 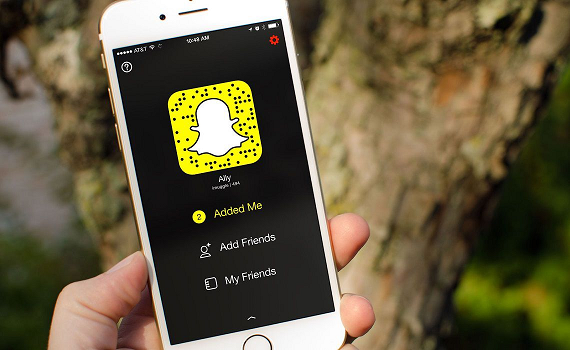 Last month the company had reached seven million video views every day. At the Morgan Stanley technology conference on Monday, CEO Evan Spiegel revealed that the company has now reached eight million, according to a report in Bloomberg. That is a 14 percent increase in just one month.

It also means that growth is accelerating. In November the number of views was six billion, and it took two months to add another billion; this time it only took around a  month. In May of last year it had only two billion views, meaning it has quadrupled in less than a year.

Of course eight billion views a day is a big number, but there's another reason it's so important: it means that Snapchat has now tied Facebook in that metric.

It should be noted that Facebook probably has more than eight billion video views a day by this point, but those are the latest numbers that the company has released; it provided no update during its fourth quarter earnings at the end of January . That is especially odd given that Snapchat was already close to catching up to it by that point.

So what's driving all of this video growth for Snapchat? Its Stories feature, which differentiates itself from the site's destructible nature by allowing posts to be viewed for 24 hours before they disappear. That allows for a lot more viewing than a post that goes away after 10 seconds.

Another reason for its rise in view views over the last few months is its Discover feature, which is made up of unique channels through partnerships with publishers. Snapchat launched the Discover feature In January as a way for editorial teams to put up their own Stories.

Launched in January of last year, Discover was originally made up of 11 unique channels: one for each media partner, including ESPN, Comedy Central, Cosmopolitan, Daily Mail, Food Network, National Geographic, People, Yahoo News, CNN, Vice and Warner Music, and it has since added channels for Refinery29, Tastemade, IGN, iHeartRadio and Mashable. Each one features photos, videos and other long form content. There is also a Snapchat channel.

In October, Snapchat unveiled its first sponsored Discover channel, for Spectre, which included a video from stars Dave Bausista and Lea Seydoux and behind the scenes footage.

If there is one consolation for Facebook it's that not all video views are made equal. For example, a view on YouTube means it has to be watched 30 seconds. On Facebook it has to be at least 3 seconds. With Snapchat it is said to be less than a second. So it looks like not all of these platforms are playing on an equal playing field.

VatorNews reached out to Snapchat, but the company had no comment on the new metrics.