It's 2016, and a company offering a tool for managing social media just raised money

Indeed there is… at least one. 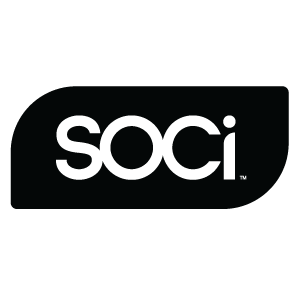 SOCi, provider of a social media management tool, announced today that it has raised a $2.25 million round of funding to tack onto its $1.5 million round from November 2014. (That round was called a "Series A" in the original press release, but the company tells me over email that it should more accurately be considered a seed round.)

As far back as 2012, there were images showing just how crowded the social media management space had become. It was so overpopulated, that you needed entire buckets just for companies doing “social advertising” versus “social intelligence” versus “social analytics” and on and on. Eventually, things consolidated a bit (as they do) through acquisitions (Google buying Wildfire Interactive, Salesforce buying Radian6), mergers, and outright bankruptcies.

All of this is to explain my shock at a company can still raise funding on the promise of building “the last social tool you’ll ever need,” including features like content curation and discovery, post scheduling and publishing, content libraries, customized pages, listening and engaging tools, lead generation, and real-time analytics.

Incredibly, SOCi seems to be doing pretty well. The San Diego-based company says it has 85 customers today, including Yellow Pages, Rhino Linings, and Little Caesars. And it made 20 new hires in the past year.

“Our success in 2015 made it clear that the market was missing a social media management solution designed for the world’s largest enterprises,” said Afif Khoury, CEO and founder of SOCi.

And yet, if you ask Hootsuite, Sprout Social, Buffer, or any of the other millions of social media management companies still scraping along, you’d be hard-pressed to find someone who agrees with Khoury. Hootsuite claims to be the most widely used social media management platform, with over 10 million users and customers like Virgin, the city of New York, Marketo, Five Guys, and more. For its part, Sprout Social cites Dove, Microsoft, Stanford University, Blue Cross Blue Shield, and Spotify among its customers.

I’ve reached out to SOCi to see how they plan to address the deeply oversaturated market, and received this comment from Tony Rindsberg, the company's CMO:

"Social media is segmenting and gaps are being left by yesterday’s tools and solutions. SOCi is not trying to be the all-in-one solution for everyone, or even every business. Rather, we are completely focused on enterprise and delivering social at scale to big brands, franchises, agencies, etc.

"SOCi, unlike HootSuite or Sprout, can tell you 'what to say' — i.e. what is working within your (or your client’s industry). This content intelligence is a huge benefit that is missing from other platforms who don’t want to take on the task of trying to score social content; rather, they just continuously release RSS feed updates which are falling short of business needs. Essentially, we are bringing data and science to social media management in order for businesses to be able to effectively utilize social media as a marketing channel."

It will be interesting to see how SOCi will stack up against the established players in the coming years.