Now it's easier for customers to complain on Twitter 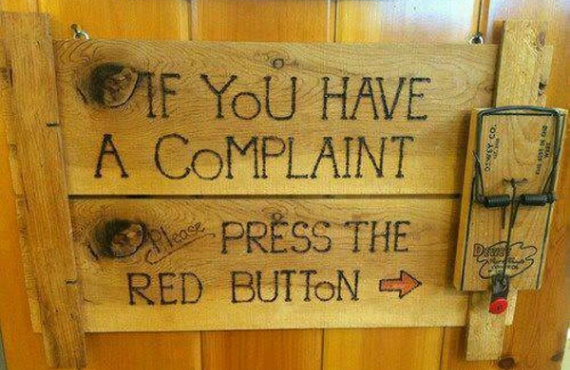 Ever since he took over as CEO last year, Jack Dorsey has been trying hard to make the service better for its users. Everything he does, every move he makes, comes back to fixing the company's long-standing problem with getting new people on the platform, and keeping the old ones from leaving.

None of that has worked so far, if its most recent earnings are any indication, where, depending on how you look at it, Twitter's users either stayed flat, or actually declined, from the previous quarter. Still, the company is going to keep trying, hoping that this will all eventually pay off.

Its latest move is to improve customer service on the platform. Not for users complaining about Twitter itself, though I image there are plenty of people who would gladly do so, but rather those who want to reach out to a brand through Twitter.

According to Twitter, its advertisers say that 80 percent of their social customer service requests happen on the platform, which makes sense. It has to be a better way to reach someone than emailing some random address and hoping it makes its way to someone. (Personally, I like to call when I have a complaint, because it's so much more refreshing to yell at a human being. But that's just me.)

So, to make it even easier to complain, Twitter is doing two things: First, since most conversations with a business begin in a Tweet, before transferring over to a Direct Message, businesses can put a link in their Tweets which allows the customer to send a DM, making that transition much smoother.

Second, users are now allowed to leave feedback with the business after they're done dealing with the customer service representative. That allows the user to easily tell the company is they are satisfied, and it will allow businesses to see how they can improve their customer service. So that's a win-win.

The data actually shows that it's in the best interest of the brands themselves to connect with customers in this way.

"These businesses generate impressive results — not only are their customers more satisfied, but they also see a cost per resolution that is half the cost of a call center interaction. And this leads to increased brand loyalty and sales: recent research shows that when a customer Tweets a question or complaint to an airline and receives a response, they’re willing to pay on average $9 more for their next purchase from that airline," Ian Cairns, Product Manager at Twitter, wrote.

Some companies are already working to set up these features, including Conversocial, Hootsuite, Lithium, Salesforce, Spredfast, Sprinklr, and Sprout Social, all of which are Twitter Official Partners, as well as Sparkcentral.

Will the ability to have better connection to businesses bring new people onto the platform? No, I'd say probably not. it does, however, make the service just that much better for existing users. It won't be a make or break type feature, but every little thing helps when a company is, frankly, pretty desperate to grow its user base.

Some of Twitter's other efforts to retain/add new users have included some drastic measures. One of its biggest moves was an update to its timeline, though that did not go as far as some had feared.

Users have been given an opt-in way to change their timeline to display those that they are "most likely to care about," rather than just the most recent.

The company has also toyed with the idea of getting rid of the 140-character limit, perhaps all the way up to 10,000 characters, which is more than 70 times what it is currently.

Those are the bigger moves, but there are also smaller ones it has made that the company believes will make Twitter function better.

That has included getting rid of "weird rules," like the .@name syntax and @reply, which new users would not know or understand. It also introduced Moments, a feature that is designed to curate content by aggregating Tweets and photos from live events and breaking-news situations.

So far, none of this has helped Twitter much in the user growth department.

In the fourth quarter, Twitter saw its average monthly active users grow a mere 9 percent year-to-year to 320 million, but were completely flat from Q3. Analysts had expected Twitter to report 325 million monthly users, or 1.5 percent growth.

Excluding SMS Fast Followers, MAUs were only 305 million for Q4, up only 6 percent year-over-year, but they were actually down on a sequential basis from 307 million in the third quarter. SMS Fast Followers, which are users who people who sign up and access Twitter only through text message, and they have only been counted since the second quarter of last year.

The little things add up, though, and the better Twitter can make the service, and the more comfortable it can make both new and existing users, the better chance it has of being able to turn itself around.