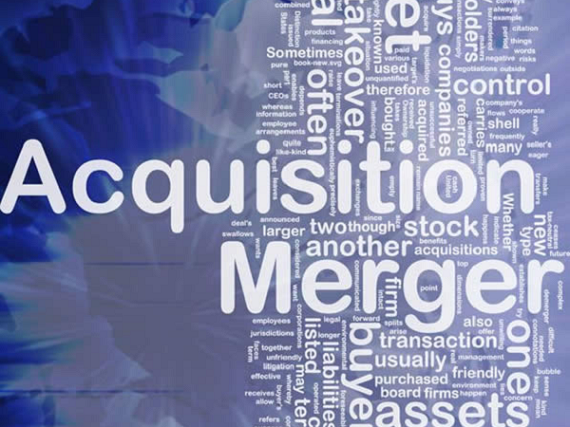 Going forward, Groove is no longer available for download, but current users may continue to use the app. The service had generated tens of millions of personalized playlists.

Zikera was founded in 2009 and is based in Montreal.

Chartboost, a mobile-games only marketplace, acquired Roostr, a marketplace for mobile game influencers. No financial terms of the deal were disclosed.

Chartboost's customers will gain direct access to gaming influencers, with the same Chartboost install and LTV tracking tools they’re already using to measure the impact and performance of their campaigns.

Marco Mereu, Roostr’s founder and CEO, and the rest of the Roostr team, are joining Chartboost.

Badoo, a dating platform, acquired Lulu, creator of an app for women to review and rate men. No financial terms of the deal were disclosed.

Alexandra Chong, Lulu's founder and CEO, will join Badoo as President. She will be focus on international expansion, business development and communications. The Lulu app will be transformed into a more conventional dating app.

Founded in 2010, Lulu had raised $3.5 million in venture funding from Passion Capital, PROfounders and a angels including Yuri Milner and Dave Morin.

Going forward, Imagine K12 will operate as an edtech specialization within YC’s program. New YC/Imagine K12 companies will have access to YC’s startup network and resources.

Imagine K12 was founded in 2011 with the help of Y Combinator founder Paul Graham. Several companies have participated in both accelerators.

The accelerator had made 49 Investments in 47 companies, including SchoolMint, Classroom IQ, Front Row, and Class Central.

Time acquired marketing platform Viant. Financial terms of the deal were not disclosed.

Viant is the parent company of social network Myspace, as well as Specific Media, Vindico and Xumo.

The Runkeeper product will still be available, and will partner deeper with ASICS Corporation products, especially its shoes.

Founded in 2008, Runkeeper has over 36 million users and is integrated with over 100 third party devices and services.

YouTube acquired BandPage, a distributed marketplace that musicians use to engage and sell to fans. No financial terms of the deal were disclosed.

By joining forces with the team at YouTube, BrandPage can better help artists reach their fans by using YouTube's global distribution platform.

Founded in 2009, BandPage had raised $27.6 million in venture funding from GGV Capital, IDG Ventures USA and Northgate Capital, among others.

Life360, a mobile app designed for families, acquired Couple, an app that enables users to stay connected with their partners. No financial terms of the deal were disclosed.

Couple, formerly known as Pair, will continue to be available. The app now has over two million downloads on iOS and Android and has helped couples send over a billion messages to each other.

The NICE brand and team will remain intact and will continue to develop and support the EnginFrame and Desktop Cloud Visualization products. Customers will continue to receive support and services, enhanced with the backing of the AWS team.

Going forward, NICE and AWS will work together to create better tools and services.

Careers marketplace Hired acquired Australian competitor Jobbop, French talent marketplace Breaz. No financial terms of any of the the deals were disclosed.

Jobbop helps Hired launch in Australia, while Breaz helps the company expand its footprint in Europe. Breaz has connecting tech talent with a roster of more than 600 local companies

The acquisition will enhance Hired’s data science and matching technology to scale its marketplace. Zlemma helped companies like Walmart, Google, Amazon and Facebook improve their talent searches through a semantic search engine that matches candidates with open jobs.

Garmin, a developer of GPS technology, entered into an agreement to acquire substantially all of the assets of DeLorme, a company designs and markets consumer-based satellite tracking devices with two-way communication and navigational capabilities. No financial terms of the deal were disclosed.

Garmin will retain most of the associates of DeLorme and will continue operations at its existing location in Yarmouth, Maine following the completion of the acquisition. The Yarmouth facility will operate primarily as a research and development facility and will continue to develop two-way satellite communication devices and technologies. Financial terms of the purchase agreement and acquisition will not be released.

The completion of the acquisition, which is subject to customary conditions, is expected to occur within 30 to 60 days.

Next Education, an Indian edtech startup, acquired InOpen Technologies, an educational startup that focuses on building the best quality content through intense and extensive research. No financial terms of the deal were disclosed.

Founded in 2009, InOpen offers products and services to government and private schools. It is currently serving more than 5 lakh students directly.

ZO Rooms offers accomodations across over 600 properties in 40 cities.

Aldridge is consolidating the operations of Arterian and PacketDrivers, retaining most personnel and launching the Seattle office of Aldridge. PacketDrivers founder Scott Hamlin has been appointed to the position of Vice President and General Manager to lead the Seattle operation. Arterian Founder Jamison West was appointed President of the newly-formed subsidiary.

Aldridge has retained the Arterian brand and has established a subsidiary devoted to Microsoft's CSP (Cloud Solution Provider) program.

Pocket Games, a video game development and testing company, signed an agreement to acquire Viximo, a social gaming platform. The price was $3.5 million in Series B Preferred Stock.

Viximo connects game developers to social networks through its platform. Once onboarded to the Viximo platform, social games can be deployed across several social networks, providing accelerated integration and user reach. The Viximo toolset then enables developers to increase user engagement and monetization.

The transaction has been unanimously approved by both Boards of Directors and is expected to close in the first quarter of Pocket Games’ fiscal 2016.

Together, Bridge and Appjolt will have over 150 million engaged user profiles.The Appjolt research and development team will continue to operate out of the Appjolt office in Israel.

Premise Health, a worksite health and patient engagement company, acquired IMWell Health, a company that specializes in primary care clinics for mid-size companies and municipalities. No financial terms of the deal were disclosed.

The acquisition marks another advancement in Premise Health’s strategic expansion to improve the cost and quality of employer health care.

Founded in 2004, IMWell operates 17 onsite and multi-site clinics that serve more than 65,000 employees and their family members.

Karelab, a provider of tools for measuring performance in the workplace, acquired Propulse, an online platform for human resources management.

The addition of Propulse enables Karelab to reach out to small- and medium-sized companies. The acquisition is part of a strategic plan that seeks to make Karelab a leading world provider of innovative management solutions for employee performance, recognition and reward.

This is the first acquisition for Karelab.

Trimble, which develops positioning technology solutions, acquired Sefaira, a developer of cloud-based software for the design of sustainable and high-performance buildings. No financial terms of the deal were disclosed.

The acquisition of Sefaira expands Trimble's Design-Build-Operate (DBO) portfolio to include tools for designing high-performing buildings early in the conceptual phase of a project.

BluePay, a technology-driven payments provider, acquired Billhighway, a software company specializing in integrated payment processing for associations and large not-for-profit organizations. No financial terms of the deal were disclosed.

Billhighway’s proprietary software solution will be integrated with BluePay’s payment technology. The company will continue to be led by Vince Thomas, Chairman and Founder of Billhighway.

Lulu is a digital marketplace guided by a vision of empowerment and accessibility, and built on a business model that has proven wildly successful. The rapid growth of Lulu, which is being driven by over 15,000 new registrations a week and more than 100, 000 unique visitors everyday, is built on its proven ability to grab hold of the long tail of user-generated content and provide an empowering outlet for creators of all types.

Lulu eliminates traditional entry barriers to publishing, and enables content creators and owners – authors and educators, videographers and musicians, businesses and nonprofits, professionals and amateurs – to bring their work directly to their audience. First, they use Lulu’s tools to format their digital content. Then they take advantage of Lulu’s dedicated marketplace, custom storefronts and advanced listing and distribution services to make their books, videos, CDs, DVDs, calendars, reports and more available to as many, or as few, people around the world as they like, earning 80% of all creator revenue, of which millions of dollars has already been paid out.

As the creation of user-generated content has grown exponentially, Lulu has been at the forefront of this still rapidly growing curve. Traditional book publishers in the United States published roughly 120,000 books a year. Lulu alone published 98,000 new titles globally, created by some of our almost 1.2 million registered users. In addition, Lulu has empowered creators to post, sell, and share hundreds of thousands of videos, music downloads, artistic creations and great photography.

In just five years Lulu.com has, in essence, become home to a new economy. With users in more than 80 countries and corporate offices in the U.S., U.K. and Canada, Lulu is a top 2500 website world wide (Alexa.com); a winner of the 2007 Web 2.0 Award for best websites (SEOMoz.com), and is the top ranked self publishing site on Alexa, boasting one of the largest online worldwide creative communities and a premiere global marketplace for new digital content on the Internet.

Lulu is guided by founder and CEO Bob Young – a true technology entrepreneur and open-source visionary with four successful multi-million dollar start-up companies on his resume. In 1993, Young co-founded Red Hat (NYSE: RHT), the open-source software company that gives hardware and software vendors a standard platform on which to certify their technology. Red Hat is a Fortune 500 company and chief rival to Microsoft. His success at Red Hat won him industry accolades, including nomination as one of Business Week’s “Top Entrepreneurs” in 1999. In 2000, Young co-founded the Center for Public Domain, a non-profit foundation created to bolster healthy conversation of intellectual property, patent and copyright law, and the management of the public domain for the common good. Grant recipients included the Electronic Frontier Foundation, the Creative Commons, the Free Software Foundation, and the Future of Music Coalition. In 2003, Young purchased the Hamilton Tiger-Cats of the Canadian Football League and currently serves as the league’s vice chairman.

We believe technology is transforming K-12 education.  The infrastructure, hardware, software, and platforms are either available or being developed that will change the nature of how we teach our children in profound and far-reaching ways.  A high-tech wave is beginning to sweep through the educational world largely driven by technology entrepreneurship.   But the impact of those entrepreneurs will depend on the quality of their ideas, their ability to execute, and their ability to get funded.

Imagine K12 is a for-profit enterprise looking to invest time, experience, energy and resources in entrepreneurs who have a passion for education and the technical know-how to create their vision.  Over a three month period, we will draw on our extensive entrepreneurial experience, understanding of the Silicon Valley ecosystem, and knowledge of the education industry to help bring your idea to life, get your company funded, and to get your company on the road to success.

BandPage is a music technology company that is focused on helping the world do one thing: experience music as it should be.
BandPage -- is the #1 social application for artists to share their music, videos, photos, and tour dates online to grow and interact with their fan-base. Used by hundreds of thousands of musicians and tens of million fans each month, BandPage is a fully featured application that delivers an elegant and effective solution for musicians to give ready access to their music, to a global community of passionate fans.
To create a BandPage today, please visit us at http://www.BandPage.com.