GameOn, the self-proclaimed app built for sports fanatics, by sports fanatics, continues to build an impressive roster of sporting stars as advisors for their app. What started as a handful of advisors has grown to over 25 advisors. Major names include football legend, Joe Montana, San Francisco Giants pitcher, Sergio Romo, and Lawyer Milloy, member of the New England Patriots Superbowl XXXVI squad. 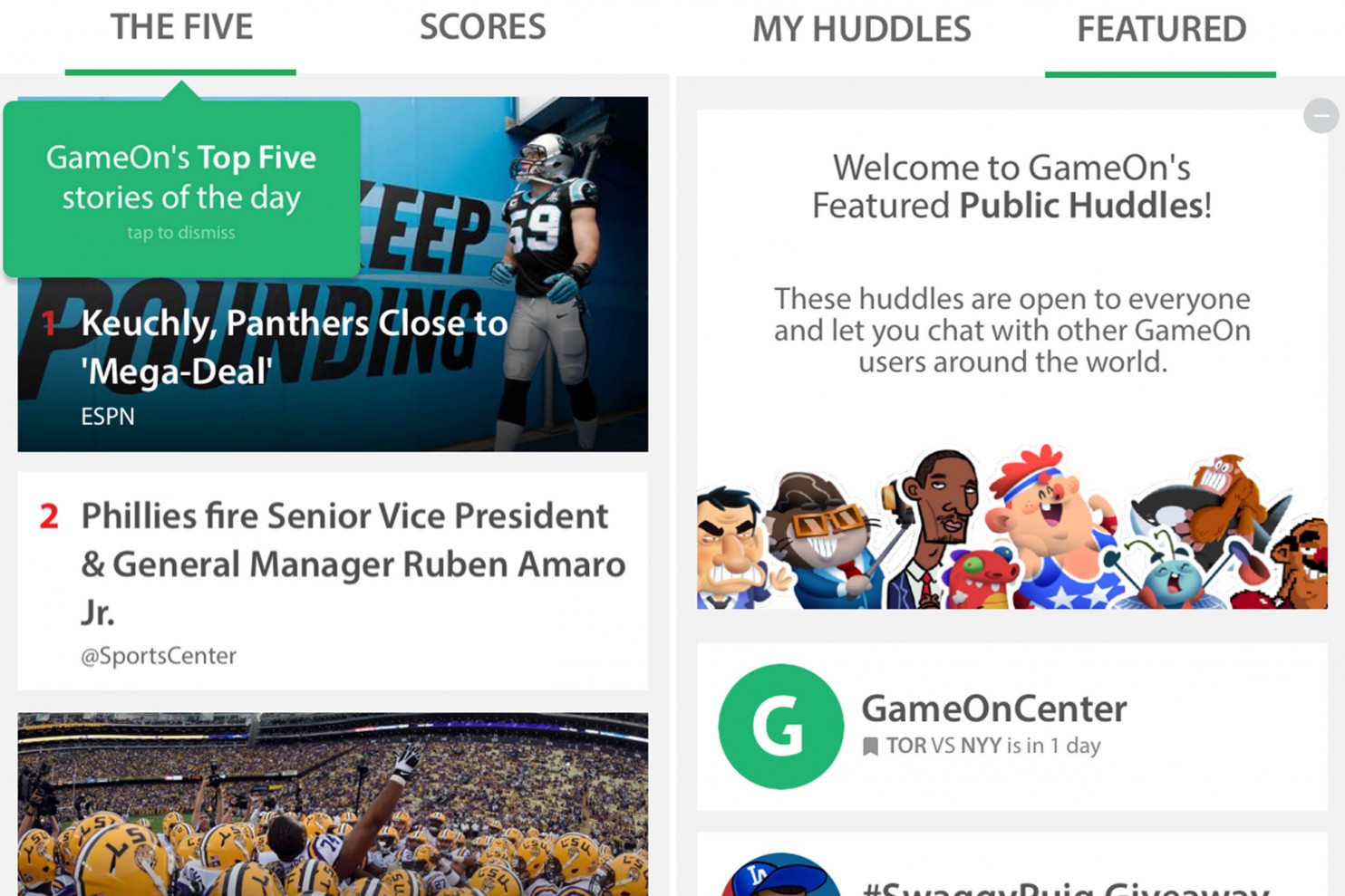 Many of sports stars on board are from the NFL, NBA, and MLB, but also includes professionals from Major League Soccer (MLS) and Trinidadian cricketer player, Dwayne Bravo. To add to the impressive list of sports personalities, GameO also has a couple of hip hop artists on board, with the most notable being the infamous Snoop D-O-Double G.

For those unfamiliar with the app, GameOn is a sports app for dedicated fans, whether it's a particular team or entire sport. The app allows you to participate in private and public "Huddles," a place to discuss individual games that are currently underway. In addition to Huddles, GameOn allows users to view highlight videos, popular tweets, and news for your favorite teams. It's a great app for sports fan who want an all-in-one stop for sports news and highlights, while also giving them a place to talk trash to friends and strangers.

The app is hoping to have similar success to messaging apps like WhatsApp, while focusing on a singular aspect. Founder and CEO, Alex Beckman, sums up the company's goal in a quote to SportTechie, "“Our goal is to create the only application you need in your hand while the game is on. We believe sports are social, fast and mobile. People want to watch games with their friends.  People want to be able to communicate and digest fast and even though the game takes place in a stadium, fans are everywhere.”