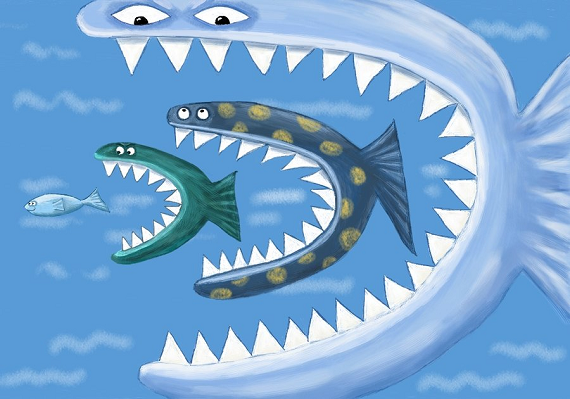 RNTS Media, the parent company of mobile advertising technology platform Fyber, completed itsdeal to acquire Heyzap, a provider of mobile advertising for app developers. It is worthup to $45 million, with an initial $20 million in cash, along with an additional $25 million earn-outpayments in cash and shares, based upon achievement of certain "ambitious targets" until 2017.

Heyzap’s technology and product will be combined with Fyber, and the entire Heyzap team will be joiningFyber, coming to work for the company in its San Francisco office. Despite that, Heyzap will not beshutting down.

Heyzap had raised $8 million in venture funding, most recently a $4.3 million round in January of 2013.Investors in the company included Union Square Ventures, Qualcomm, Naval Ravikant, Y Combinator,and Ashton Kutcher.

The deal was first announced in December.

Intel acquired Ascending Technologies, a developer and manu­facturer of micro UAS forprofessional, civil and research use. No financial terms of the deal were disclosed.

The company will remain in operation, as Intel plans for it to continue supporting its current customerswhile also collaborating with Intel’s Perceptual Computing team to develop UAV technology that can helpdrones fly with more awareness of their environments.

The two companies had previously partnered  in January of last year to work together on developingcollision avoidance technology and algorithms for drones, using Intel RealSense cameras and AscendingTechnologies’ AscTec Trinity auto pilot system.

Luma will integrate the Nodal technology into its intelligent WiFi system, making Luma the only router withthe ability to actively scan, detect and block malicious activity on any device connected to the homenetwork.

Nodal Industries is a graduate of 500 Startups.

Shifu will be shutting down and all 20 members of team, including founders Prashant Singh, DeepanshJain, and Michael Massey will join Paytm. They will be working on integrating the app’s technology intoproducts like Paytm’s mobile wallet and online marketplace.

Founded in 2004, AddThis had raised $73 million in venture funding from New EnterpriseAssociates, QED Investors, Ron Conway, SV Angel and others.

AddThis says it currently covers activity data for 1.9 billion monthly unique visitors and over 15 millionmobile and desktop Web domains, with a global footprint that reaches 96 percent of the U.S. web.

The company specialized in emotion detection and sentiment analysis, part of a neuromarketing wavethat is driving a quantum leap in customer understanding. It says its services quantify emotional response,leading to insights and actions that improves your products and how you market them.

It is unknown what Apple will do with the technology.

Emotient had raised $8 million in venture funding from Intel Capital and Seth Neiman.

HBC plans to leverage Gilt’s mobile and personalization capabilities to accelerate the growth of HBC’sdigital business across all of its existing banners. The transaction is expected to contribute approximately$500 million to HBC’s consolidated fiscal 2016 sales and be complementary to HBC’s existing business.

The transaction is expected to close on or about February 1, 2016, subject to customary closingconditions and Gilt shareholder approval.

Salary.com, a provider of employee compensation data, was acquired from IBM by its foundingteam. No financial terms of the deal were disclosed.

Founded in 1999, Salary.com had its IPO in 2007, but was acquired by Kenexa in 2010, and IBMacquired Kenexa in 2012. The original team, in partnership with co-investors H.I.G. Capital and PrudentialCapital Group, have reacquired Salary.com from IBM, along with related compensation offerings.

The returning team has the goal of enhancing the company's current product offerings and creatingadditional solutions that help consumers and customers make well-informed, data-based compensationdecisions.

Gaming studio Kabam sold off its first generation mobile and third party published games to GAEAMobile, an interactive entertainment and mobile game company based in Beijing. No financialterms of the deal were disclosed.

By mid-2016 Kabam will transfer to GAEA operational responsibility for titles that include Kingdoms ofCamelot: Battle for the North, The Hobbit: Kingdoms of Middle-earth, Dragons of Atlantis: Heirs of theDragon, as well as a number of games in Kabam’s third-party publishing business.

The companies expect no changes in player accounts or progress, as they are committed to a seamlesstransfer.

Kabam said it is currently commited to publishing "fewer, bigger and bolder games."

Times Internet, the digital arm of The Times of India Group, acquired Viral Shots, a micro contentmobile app. Terms of the deal were undisclosed.

Viral Shots curates stories from over 300 social and web destinations and is has approximately 100million screen views per month.

It currently serves differentiated content in English, Hindi, Bengali and Telugu and shall be available inall the major Indian languages by mid 2016.

Avnet, a distributor of electronic components, acquired ExitCertified, a provider of certified ITtraining in North America. No financial terms of the deal were disclosed.

ExitCertified will be integrated into the Education Solutions group within Avnet Technology Solutions’Global Services business.

Accenture, a professional services company, agreed to acquire Formicary, a provider of consultingand systems integration services for trading platforms in the UK and North America. No financialterms of the deal were disclosed.

Founded in 2000, Formicary has offices in London, Toronto and New York. Its clients include tier-oneinvestment banks, hedge funds, clearing houses and fund administrators.

Accenture also acquired CRMWaypoint, a supplier of cloud advisory and technology services in the Netherlands, specializing in Salesforce cloud solutions for sales, service and marketing. No financial terms were disclosed.

Founded in 2006, CRMWaypoint was one of the first official implementation partners for Salesforce in the Dutch market in early 2008. Since then, CRMWaypoint has delivered on more than 600 Salesforce projects in different industries with a team of highly qualified professionals that carry over 80 Salesforce certifications.

The merger, which is expected to be completed over the next two to three months, will give CommonFlooraccess to Quikr’s 30 million consumers. QuikrHomes will benefit from CommonFloor’s structured data anddomain expertise.

Founded in 2007, CommonFloor had raised $62.9 million in venture funding from from Accel, TigerGlobal and Google Capital.

Enea acquired  the business assets of Centered Logic, including its three employees and founding teamand the IP rights to the ElementCenter product.

The acquisition of Centered Logic is expected to add a small positive contribution to the earnings of theEnea group during 2016. The purchase consideration consists of an upfront payment of 1.3 MUSD andan earn-out component over three years corresponding to the development of the acquired business,capped at 2.2 MUSD.

The transaction is estimated to be completed in January 2016.

Capita, a provider of technology-enabled customer and business process services, acquiredBrightwave, an agency for next generation learning solutions, systems and services. Nofinancial terms of the deal were disclosed.

The Brightwave Group brand will be maintained and Capita's Digital Learning business will be mergedwith Brightwave to augment existing capability and offer further market reach and potential than eitherbusiness has previously experienced.

SterlingBackcheck, a background screening company, agreed to merge with TalentWise, anothercompany in the same space. Terms of the transaction were not disclosed.

TalentWise's cloud-based client-facing technology will integrate with SterlingBackcheck's screeningplatform. By joining with TalentWise, SterlingBackcheck will be able to provide broader services thatsupport its clients throughout the hiring process.

Founded in 2006, TalentWise had raised $25 million in venture funding.

The new sites and customers will add to Blackhawk's rapidly expanding ecommerce businesses.

Founded in 1999, GiftCards.com offers its GiftLocal product which uses the open network as a gift cardsolution for local merchants and a "virtual" Visa gift card delivered by email or in a mobile app.

Mergermarket Group, an intelligence and news service for mergers and acquisitions, acquiredCreditflux, a provider of intelligence, analysis, data and events covering CLO and creditfund pricing, investments, trading and returns. No financial terms of the deal were disclosed.

Presidio, a provider of professional and managed services for advanced IT solutions, entered into adefinitive purchase agreement to acquire the business of Netech Corporation, a provider ofcustomer-based network solutions. No financial terms of the deal were disclosed.

Mark Wierenga will be North Central Area President reporting to Presidio's Chief Executive Officer, BobCagnazzi. As Netech's EVP of Sales and Operations, Wierenga has a long tenure with the company andis intimately familiar with its operations and business.

Presidio expects to close the transaction with Netech during calendar Q1 2016.

Viabl, a provider of relationship automation software, acquired Relately, which provides proactivecontact notifications that work with CRM data. No financial terms of the deal were disclosed.

Viabl is now an available application for small to enterprise businesses making your relationship buildingprocess more efficient on all levels.

The acquisitions allows the company to expand the service and range of relationship automation.

DevBridge Founder and CEO Courtland Alves joins Bloc as the Director of Student Outcomes. There willbe no layoffs and DevBridge will be fully integrated into Bloc immediately.

The acquisition serves to expand Bloc's career support and job placement capabilities to meet thegrowing scale of its student base.

With iHotdesk, Coud Direct is adding traditional on-premises support to its portfolio. 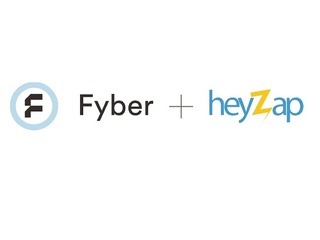