Once a competitor to Uber and Lyft, Sidecar announces that it will shut down today

Remember when it was Uber, Lyft, and Sidecar? Well, now it’s just Uber and Lyft. 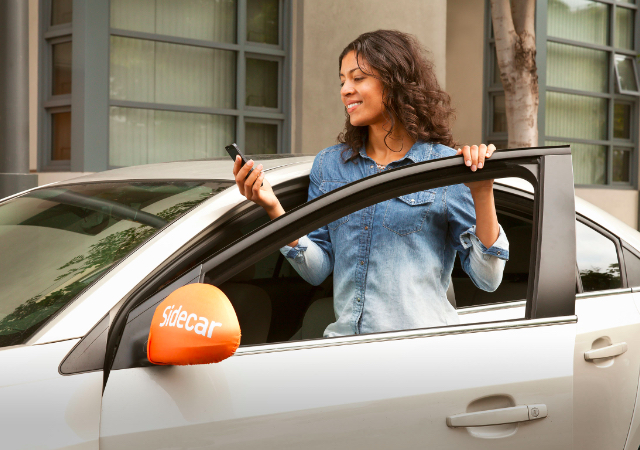 Sidecar, one of the first major ride-hailing companies, announced this week that it will be shutting down this afternoon. The app will no longer accept rides at 2 p.m. Pacific Time today.

In the nearly four years since its founding, Sidecar had raised about $35 million across three major funding rounds from investors such as Union Square Ventures, Avalon Ventures, Huron River Ventures, Lightspeed Venture Partners, Google Ventures, and Richard Branson. The San Francisco company was one of the first to offer ridesharing, which Uber and Lyft customers today are well-acquainted with.

Eventually the competition proved too fierce, so Sidecar pivoted to a “marketplace” model where passengers could choose their own ride and drivers could set their own price. The company also began focusing on an on-demand delivery service for third-party merchants, including EAT24 (Yelp's food delivery service that competes with GrubHub and Seamless), Din, and Kitchit. Sidecar Deliveries was available in eight U.S. markets.

In a sense, Sidecar’s pivot proved as much a gamble as sticking to its core ridesharing app. Lyft and Uber offer plenty of competition in the ridesharing space, sure, but the food delivery space is even more crowded with offerings, making it hard for any single company to shine through without a ton of capital.

Today, the rideshare market is dominated by Uber and Lyft, with the latter operating exclusively in nearly a hundred U.S. cities and the former operating in hundreds of cities across the globe. Uber has raised multiple billion-dollar rounds, whereas Lyft is currently in the process of raising its second billion.

But it’s not just ridesharing companies getting the unicorn treatment with multiple-billion-dollar valuations. Instacart, one of the food delivery startups Sidecar might have competed with in its pivot, has raised nearly $275 million and is today valued at $2 billion. The food delivery space is so crowded with competitors and teeming with such high investments and valuations, that some have been tempted to call Sidecar’s closing the beginning of the end for many other similar services.

Though Sidecar is shutting down, the company’s cofounders suggest there’s more to come in 2016 from them and their team.

“This is the end of the road for the Sidecar ride and delivery service, but it’s by no means the end of the journey for the company,” wrote Sidecar cofounders Sunil Paul and Jahan Khanna in a Medium post.

Paul and Khanna don’t reveal what the “next big adventure in 2016” entails, so we’ve reached out to see if we can learn more. We’ll update when we hear back.