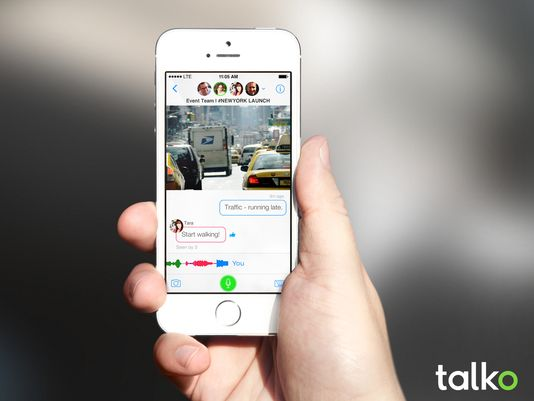 There seems to be a good amount of movement in the mobile messaging space on Monday, first with Kik acquiring fashion advice bot Blynk, and now messaging company Talko getting scooped up by Microsoft.

While no financial terms of the deal were disclosed, Microsoft did reveal that the team from Talko will be coming to work on Skype.

"I welcome the new team members and am excited about how Talko will fuel more innovation at Microsoft, whether it is enhancing the way family members stay in touch with Skype or building on the new Skype for Business services within Office 365," Gurdeep Singh Pall, Corporate Vice President for Skype, wrote in a blog post.

"This is another example of our company ambition to reinvent productivity and business processes. We continue to invest in new technologies to empower people to more effectively communicate and collaborate across their personal and professional lives."

Launched in September of last year, Talko was a communications app that centered around productivity, allowing consumers, as well as businesses, to replace their conference line with VoIP, cloud-based calls. Other features included the ability to record conversations, to share them with others and create bookmarks in those conversations.

Falling into a stable niche

Talko decided to sell itself due to competition in the space, with the team writing in a blog post on its homepage, that, "the reality is that the broad-based success of communications apps tends to be binary: A small number of apps earn and achieve great viral growth, while most fall into some stable niche."

The company was "largely on the path to filling a (passionate) niche," it said, and so it was "time for a change."

Now that it will be a part of Skype, the team will be able to "leverage Talko’s technology and the many things we’ve learned during its design and development. We'll strive to deliver the best of our product’s innovations far more broadly than on our current path."

With Talko's technology and team coming over to Skype, it's no surprise that the app will be shutting down over the next few months. The plan is to have it shut down by March of next year. The company promises to allow its current users to request an export of their past Talko conversations, including voice, text, and photos.

Originally known as Cocomo, the company raised $4 million in 2012 from unknown investors.

One other thing to note is that the company was founded by Ray Ozzie, the former Chief Technical Officer  and Chief Software Architect at Microsoft, as well as the creator of Lotus Notes.

This not the first time Microsoft has bought one of Ozzie's companies, having bought Groove Networks, a provider of collaboration software for ad-hoc workgroups, in 2005, which is what brought him to the company in the first place.

This is Microsoft's 19th acquisition of this year. In just the last few months it bought Metanautix, a data management company for business analytics; Mobile Data Labs, the maker of the popular smart mileage tracker MileIQ; and Israeli security firm Secure Islands.