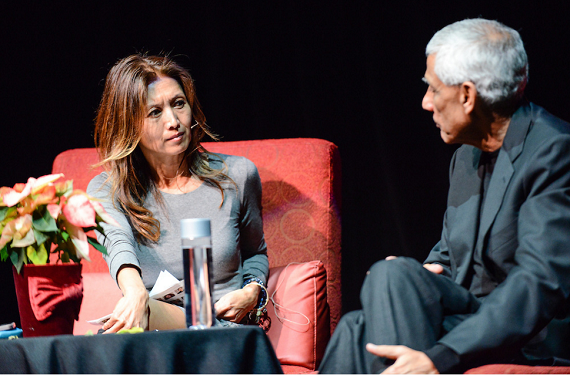 A little over a year ago, Khosla wrote an article in Forbes about machine learning, and income inequality, in which he identified around 702 job functions, of which 47 percent are at risk of being automated.

"Of the jobs mentioned in that report you cited, which ones are you most excited to automate that you haven't invested in yet?" Francisco asked him.

"Let me answer that in a more general way. I think the impact of machine learning on society will be larger than the impact of mobile on society. That's a pretty radical statement. I can then apply that to any area," said Khosla.

In the past new technologies, including mobile, created new jobs, rather than replacing them, Francisco pointed out.

However Khosla said that was not what he wrote.

"I said we'd get abundance and income inequality increasing at the same time. And so the problem for society will be the one word we don't like in capitalism, which is income redistribution. My assumption is, in 50 years, we will have more than enough resources to pay everyone who doesn't want to work $50 grand a year or more, in equivalent dollars, to say, 'Now you can work on the things you want to, whether they are productive from an income standpoint or not.' I'm telling you what society's problem will be. This is a nuanced distinction. I personally believe we have to do something about income inequality. What that is, whether it's redistribution or something else, is a much more complex question," said Khosla.

"If you don't need farm workers on a farm, if you don't need hamburger flippers at a McDonald's restaurant, nobody to cook the food or take the orders. If don't need legal researchers in a law firm. If you don't need radiologists in a hospital. I'm purposely covering a very broad range. Google, of course, doesn't want Uber drivers in an Uber car. Look all these functions. They're all easily automatable. And what I prophetize is more than 50 percent of jobs today will disappear. That's a problem because of the income disparity, or inequality, unless we do something large. But, for entrepreneurs here, each one of those is an opportunity to create that technology."

Are there any industries where automating them would go too far?, Francisco asked.

"Some of the emotional elements of human interaction. So I often say 80 percent of what doctors do will be replaces. But that may or may not be 80 percent of doctors. The emotional connection that a human being establishes with another patient, a human being, may be very valuable. In fact, we know it's valuable from the placebo effect. Perceptions are very important in medicine. So that means we could do most of what the doctor does. Order testing, do a diagnosis, recommend treatment, monitor patients, all of those can be automated, but you may not replace the human element there."

So maybe, he suggested, doctors will come from film schools instead, since they're "much better at the human element."

"So there will be shifts, and all of those are possible."

What about venture investing? Could that be automated too? Francisco asked.

"I don't know. I'm not saying it can't be, but I don't know that the emotional part of what human being does can't be replaced, or can be. Part of what's really interesting comes from the toy companies. They'll have conversations with kids that are very human. In fact, this Christmas, Barbies going to introduce technology in Barbie dolls that talks to kids," he said.

"We think the technology is good enough that somebody feels it's a natural conversation. Some people in VR are claiming that the VR world will be able to feel real. I suspect that's true but I don't know. Would the full domain of conversation be possible? A lot of people are working on conversational AI. In the interest of time I'd say almost every single carrier of human judgment, given enough data, enough effort, is replaceable by machine intelligence." 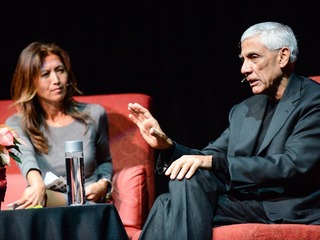 Vinod Khosla: companies need a good base camp to succeed 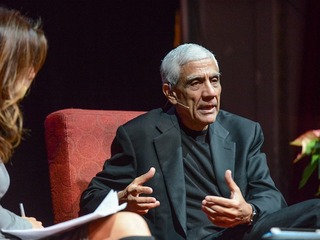 Vinod Khosla: founders should be realistic but ambitious