Blueair, a leader in mobile indoor air purification systems, has issued a press release calling for greater public awareness for the causes and alleviation of chronic obstructive pulmonary disease, better known as COPD. It's a well accepted fact that our air quality continues to go down as more cars and industry pollute our air, but what isn't as known is that cases of COPD continue to rise in countries around the world.

In the press release, CEO and founder of Blueair, Bengt Rittri states,

"Humans take, on average, around 960 breaths an hour, which means we breathe in something like 10,000 liters of air – and all the nasty stuff in it – each day…Even worse, airborne pollution impacts children more than adults because their young lungs are still developing.” 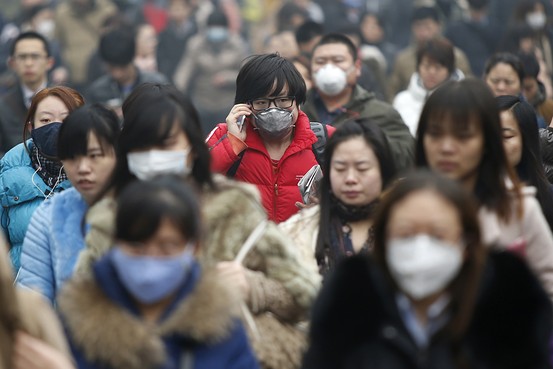 A common misconception is that cigarette smokers are the only ones prone to getting COPD, but that just isn't the case. While smokers do account for almost 8 out of 10 cases of COPD, that leaves over 20% of those stricken with COPD to be smoke free. Well where is it coming from then?

From the press release:

"There is not much we can do as individuals about the air pollution in our cities. But we can take simple steps to alleviate the potential consequences of indoor airborne pollution such as COPD by simply installing an air purifier, like those made by Blueair, which can capture up to 99.97% of airborne particles such as smoke, dust, chemicals and fumes.”

And while Blueair obviously takes a vested interest in this, they aren't wrong. Many things can cause COPD including fumes, sprays, household cleaners, and even dust. While there isn't too much we can do to prevent these outdoor pollutants short of wearing a breathing mask, we can take control of our air quality inside our own homes keeping our homes clean and by using purification systems.

With many experts stating COPD will become the third largest killer world wide by 2030, it's time to start taking matters into our own hands and if we can't change the air outside, we can at least work on making it better in our own homes and businesses.