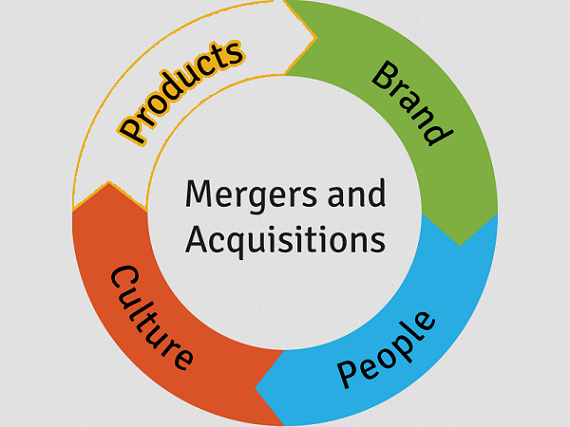 Google entered into an agreement to acquire Bebop, a development platform that makes it easy to build and maintain enterprise applications. No financial terms of the deal were disclosed.

Both founder Diane Greene, and the bebop team, will join Google upon close of the acquisition. Greene will lead a new team combining all of Google's cloud businesses, including Google for Work, Cloud Platform, and Google Apps.

Bebop had been in stealth mode until the acquisition.

As part of the acquisition, Lightspeed is launching Lightspeed eCom, its new eCommerce platform. In the coming months, Lightspeed will integrate Lightspeed eCom with its Lightspeed Retail cloud-based POS solution, bringing multi-channel retailers an even more robust set of tools to run their entire business from one place.

The full version of Lightspeed eCom as well as the integration with Lightspeed Retail for U.S. customers is expected to launch in Q1 2016.

Cisco acquired video conferencing firm Acano. While no financial terms of deal were disclosed, the price was reportedly $700 million.

The company will help Cisco expand the interoperability and scalability of its collaboration portfolio, allowing customers to connect from anywhere, from a browser on a mobile device to the corporate boardroom, and now scaling to easily connect thousands of users across an organization.

Chatbooks, a subscription service for printed photo books, acquired Guesterly, a company that creates pocket-sized printed event guides. No financial terms of the deal were disclosed.

Guesterly connects people at events like weddings and conferences by creating a passport-sized photo roster of all attendees.

Founded in 2014, Chatbooks has raised $2.1 million in seed funding, and will sell its one millionth photo book by the end of 2015.

This is the first acquisition for Greenhouse. It bought Parklet’s team and technology.

Founded in 2012, Parklet had raised $1.5 million in seed funding from Greylock, Storm Ventures, and FundersClub.

MediaMath also announced the appointment of Spree7's CEO, Viktor Zawadzki, as Regional Manager for Germany, Austria and Switzerland (DACH). Spree7's office in Berlin will become the foundation for MediaMath's DACH, which will collaborate with other European offices including London, Paris, and Madrid as part of the company's expansion strategy in EMEA.

Spree7 was founded in 2012 and its clients include Swisscom group companies and it serves as a white label programmatic trading desk for more than 50 independent media agencies in the region.

In addition to acquiring technology and intellectual property from Rdio, many members of Rdio’s team will be offered roles with Pandora, subject to close of the agreement.

The company expects to offer an expanded Pandora listening experience by late 2016, pending its ability to obtain proper licenses.

Additionally, OpenHouse secured $13.5 million in Series A funding in a round led by Triangle
Peak Partners and March Capital Partners, with participation from additional investors.

Velocity will continue to invest in the Uncover platform until the launch of a consolidated product early next year empowering diners across all geographies to discover, reserve, pay, and earn rewards in one app.

Just nine months after launching, Uncover has 135,000 users and works with 350 restaurants, including Alain Ducasse Restaurants, Coya, LIMA, Restaurant Story, Taberna do Mercado, and The Clove Club. The combined networks of the two companies includes 800 venues and over 60 Michelin stars.

The transaction is expected to close by the end of 2015.

Data102, a host of IT services for small to medium size businesses, acquired Icyshout, a website hosting service. No financial terms of the deal were disclosed.

Icyshout and Data102 have long worked close together, and we have several duplicated backend systems. The two companies will merge their systems together.

The acquisition of Acteavo will strengthen TrekkSoft’s position in Europe, where TrekkSoft is also based. TrekkSoft now employs twenty-six people from sixteen countries. Olan O’Sullivan, CEO of Acteavo, will join TrekkSoft’s team in Interlaken, Switzerland.

IDI, an information solutions provider, entered into a definitive agreement to acquire Fluent, people-based digital marketing and customer acquisition company. The price was $100 million in cash and 15,000,000 shares of common stock.

As per the deal, Fluent will become a wholly-owned subsidiary of IDI.  The combined company will be cash flow positive from day one. Ryan Schulke, CEO of Fluent, and Matt Conlin, President of Fluent, will remain in their executive roles post-acquisition, with Schulke joining IDI’s Board of Directors at closing.

The transaction is expected to close on or before December 1, 2015, but closing may be extended to December 15, 2015.

Closing is subject to customary closing conditions and is expected to occur during the company’s fiscal first quarter of 2016.

Gravity4, a high frequency marketing cloud, acquired a 93.7% ownership stake in Pixels, a multi-screen advertising technology company headquartered in Hong Kong. No financial terms of the deal were disclosed.

Pixels was created in October 2014, the result a merger between Pixel Media, Snap Mobile, and Adsfactor, and is one of the largest digital media entities in Hong Kong and Southeast Asia. The company has just over 100 employees and is headquarters in Hong Kong, with additional offices in Kuala Lumpur, Singapore, and Shanghai.

Kevin Huang, Co-founder and CEO of Pixels, will continue to lead the company.