Facebook makes breaking up a little less hard to do

Facebook introduces new tools to shield yourself from your ex, without having to block them 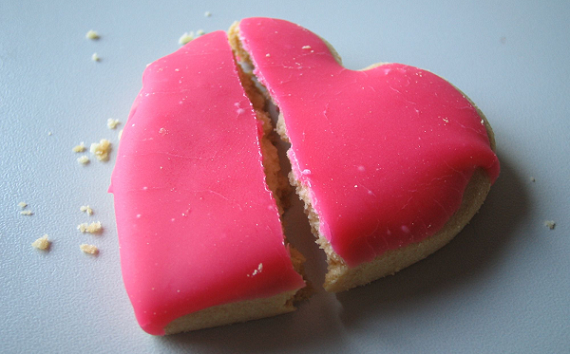 I guess I'm lucky that my girlfriend and I are coming up on our 10 year anniversary. We met in 2005 and started dating in early 2006. What that means is that I've never had to deal with the dreaded Facebook breakup.

I have friends who have, though, and I know that it can get super duper uncomfortable. Not only do they have to do deal with seeing what they're up to, including knowing when they're old flame has moved on and is now going out with other people, but sometimes they unfriend them and then Facebook, in all its wisdom, suggests that maybe they should be friends. Can anyone say awkward?

Now, finally, the network is getting a little smarter about dealing with this pretty common situation, and is launching some new tools to decrease the awkwardness.

That means that when people break up they can see less of what the other person is now doing. Their name and profile picture won't come up as much on their feed. Plus, they don't have to deal with either unfriending or block them, which can create a whole mess of other problems, since that can be like breaking up with a person a second time.

Exes can also limit the photos, videos or status updates that their former partner will see. So, go ahead, post that picture of you making out with some random stranger at a party. Or, actually, maybe don't. Remember that you will still likely have mutual friends, after all, and some of them may take the opportunity to burn you.

The new features also allow users to edit who can see their past posts with a former partner, and to untag themselves from posts with that person. So if you're in the mood to pretend like the relationship never happened, you're allowed to Eternal Sunshine it. Poof, it's gone. Is that a healthy way to deal with a situation like this? Uh... hmmm....

"This work is part of our ongoing effort to develop resources for people who may be going through difficult moments in their lives. We hope these tools will help people end relationships on Facebook with greater ease, comfort and sense of control," Kelly Winters, product manager at Facebook, wrote.

What happens after a breakup is a real problem on social media. Like what happens to your information after you die, it's something that those networks don't really seem to have thought about when they were having people spill all their guts for everyone to see.

Tthese tools are being tested in the US on mobile, and will be changed based on the feedback they get. All of these tools are optional, and people will be able to access them in the help center anytime.