Bad Ass Advisors launches to hook up startups and advisors 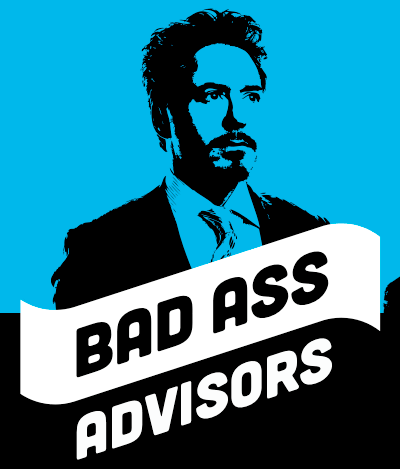 There are plenty of seasoned technology specialists out there with the chops to advise startups, but how do you connect the right company with the right advisor without resorting to word-of-mouth or waiting for the opportunity to arise organically?

In a nutshell, that’s the problem Bad Ass Advisors is trying to solve.

“I had many friends who were really smart and had seen good success in the industry, but felt like there weren’t great ways to connect them with today’s entrepreneurs,” said Mark Goldstein over the phone, describing the practical situation that led to his creating Bad Ass Advisors.

FounderDating is probably the most well-known network explicitly designed to connect entrepreneurs, cofounders, and advisors, but it’s not private and it costs members $50 per year. There’s also CofoundersLab, which is specifically intended to connect cofounders, minus the advisor element. AngelList, LinkedIn, and Vator.tv also function as matchmakers between not just startups and advisors, but also investors.

Goldstein, an angel investor who previously founded back office automation solution BackOps, admitted that there were some existing options out there, but none were purpose-built to serve the needs of startups.

“A lot of the time, companies don’t want to disclose what kind of advisor they need because then it becomes obvious what their weakness is,” he explained.

On Bad Ass Advisors, which soft launched this past July, everything is private from the beginning.

For a startup to be listed on the site, Bad Ass Advisors requires it be a tech company, have enough starting capital, and essentially have a strong business outlook and team. The capital aspect—which could take the form of either business profit or venture capital—is crucial not just to weed out questionable startups, but also because advisors matched on the service accept equity, not cash.

The requirements for advisors are a bit more intangible, though it helps if applicants have "been responsible for a company outcome over $50M." Otherwise, having excellent contacts, an impressive resume, or top-tier speaking experience all help improve an applicant’s chances.

“Most applications we receive, we don’t accept,” said Goldstein, highlighting the service’s high standard of quality.

Here are two screenshots: the yellow one is a company profile and the blue one is an advisor profile. 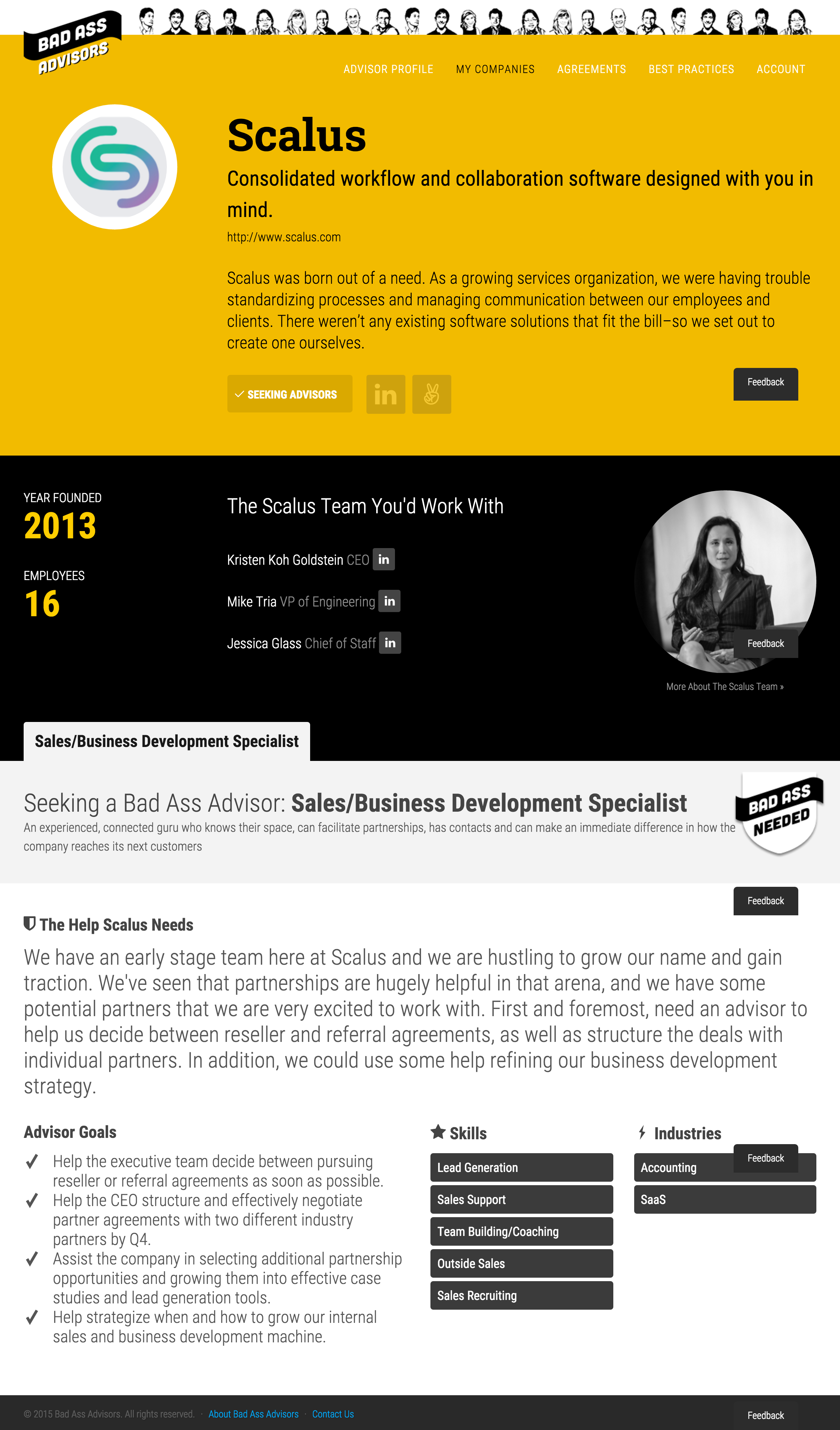 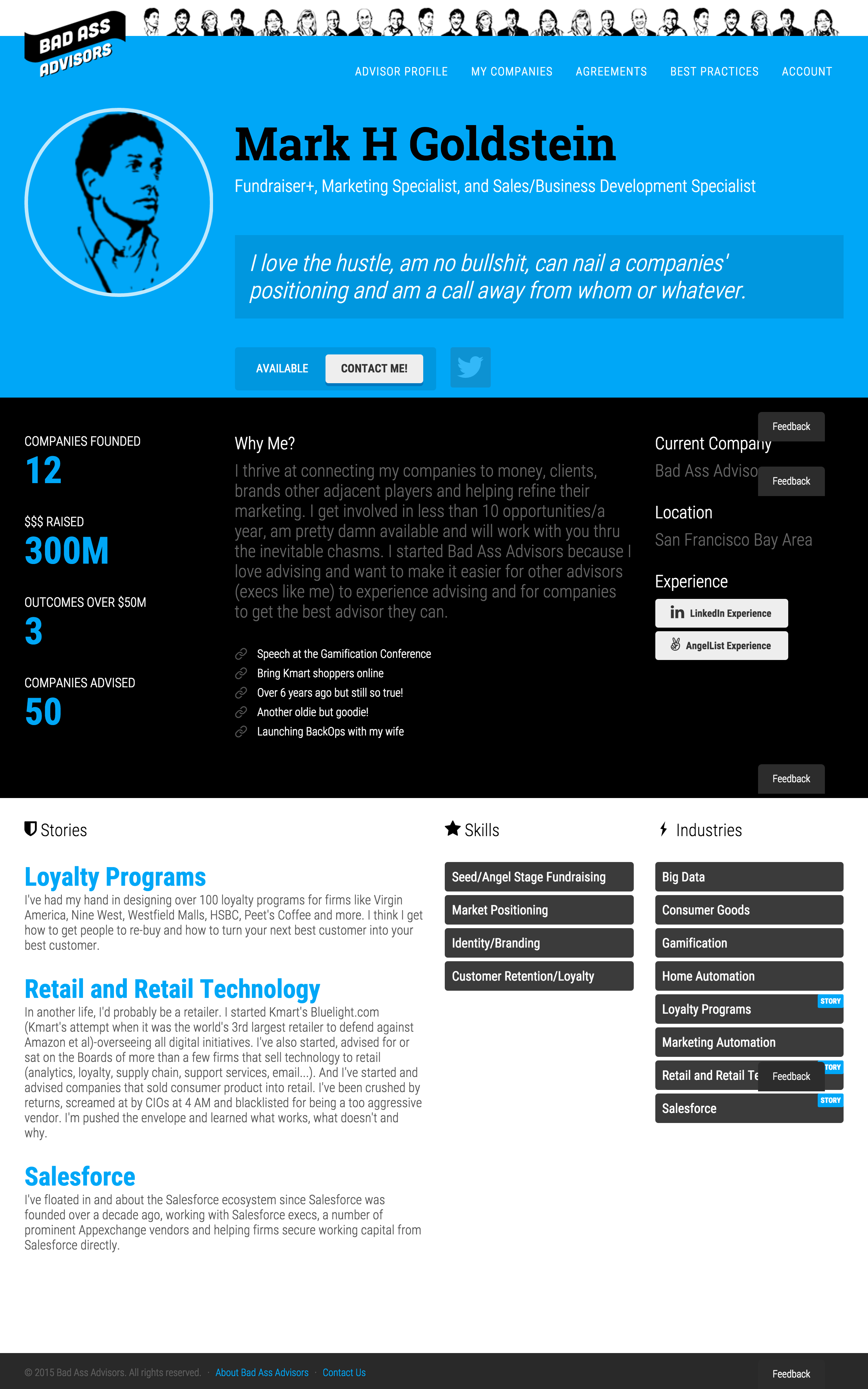 Profiles are kept private until Bad Ass Advisors specifically believes it has made a match. Then it connects the two.

Today Bad Ass Advisors serves up just 2-3 matches per day from a pool of hundreds of companies and advisors. The service is free to use for now, and Goldstein doesn’t envision charging anytime soon.

It’s not just for charity, however. Goldstein and his wife Kristen Koh Goldstein (CEO of Scalus) operate Efficient Capacity, Marc Benioff's private investment vehicle, investing in two to three early-stage startups a month. He makes no secret about the fact that the fund benefits from networking opportunities fostered by Bad Ass Advisors.

Overall, the service solves a real need and gathers strength through its simplicity, something the other matchmakers out there have lost along the way.