Wikipedia gets most of its money through donations, but also sells goods on the Wikipedia store 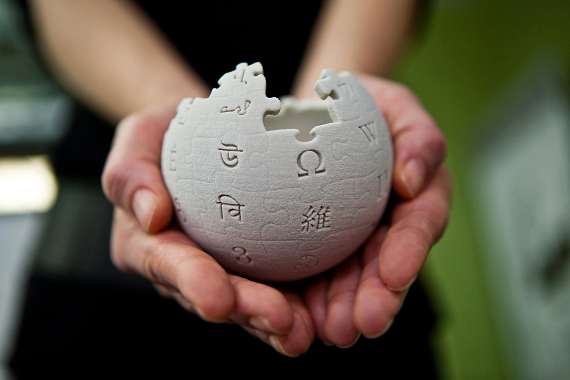 Of all the tools that the Internet has given us, perhaps the most useful is free-content Internet encyclopedia Wikipedia. It's such a great source for information that it's a place that I find myself visiting just about every single day.

It's gotten to the point now where if someone famous doesn't have a Wikipedia page it's kind of bizarre. It's almost like they don't exist, in a strange way.

So how does it make money? Given Wikipedia’s status as part of the Wikimedia Foundation, a non-profit, it makes money in a much different way than other major websites.

During the 2014–2015 fiscal year, more than 4 million donors gave $75 million USD to support Wikipedia through the Wikimedia Foundation.

"People make contributions year-round from countries all over the world. We receive contributions of all sizes, but every gift is meaningful. The average donation is just $15. Wikipedia readers will see banners on the site asking for a small contribution. We strive to make sure fundraising campaigns are as short as possible, and that people who have already contributed are not asked again," Samantha Lien, as a Wikimedia Foundation spokesperson, told me.

"We regularly meet and speak with donors and readers about their impressions of our fundraising efforts, and we take their feedback very seriously. We also share our approach each year with readers and editors online to get their input before launching a campaign. This helps us ensure that our efforts are aligned with our values as a movement."

For this current fiscal year, its fundraising team has set its goal to raise $68.2 million.

The Wikipedia Foundation does have one other source of revenue beyond donations: goods sold on the Wikipedia store. Some of the items for sale include t-shirts for $21, notebooks for $8, pencils for $10, and pins for $3.

However, this is not a signifigant source of revenue, as the Wikipedia store was less than 1% of the total revenue for the 2014-2015 fiscal year.

“They also regularly review and improve content, applying policies and guidelines to make sure Wikipedia is a reliable, neutral, and accurate resource for the world.”