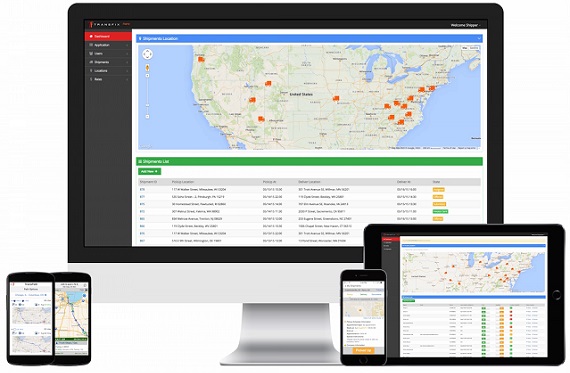 I recently drove up from Los Angeles back to the Bay Area (with a stop in the middle at Hearst Castle, which I highly recommend) and I couldn't help but be amazed at the huge amount of trucks I saw driving all night. There must have been hundreds of them on the road.

Trucking remains the most widely used way of shipping goods, with heavy duty semi-trucks being responsible for shipping 70% of all U.S. freight.. But it's also an industry that has not taken advantage of the kind of technological gains that many industries, leaving it open to waste.

Transfix, an on-demand shipping marketplace for manufacturers and distributors, and it wants to fix that problem by bringing the trucking industry into the 21st century. And it just raised $12 million to do it, the company announced on Tuesday.

The round was led by Canvas Ventures, along with existing investors Lerer Hippeau Ventures, Founder Collective and Bowery Capital also participating. The round brings its total funding to $12.5 million.

Transfix looks to cut down on waste in the trucking industry in two ways, Drew McElroy, Co-Founder and CEO of Transfix, told me in an interview.

First there is external waste, which involves all of the empty miles that trucks drive while looking for their next shipment. There is a lot of waste in this area.  In 2014, more than three million heavy duty Class 8 trucks drove a cumulative 381 billion miles to haul 9.96 billion tons of freight, but 14% of a truck’s total miles are driven with unused, empty trailers. In 2014, trucking incurred more than 50 billion empty miles, and by 2040, the volume of empty miles is expected to increase 43%.

"To me, at least, that is an astonishing number. Most rucks and shipment pairings are done as a one off, with very little centralized planning, and no algorithmic thinking. It's manually, by pounding phones, trying to get one truck to say yes," McElroy explained.

"That's the way it traditionally works. Whoever says yes gets the commission, regardless if they are a good fit or no."

Transfix, on the other hand, tries to match up the best driver with the best shipment, using a number of different factors, including the driver’s location, in order to eliminate those unused miles. It also looks at the driver's performance, which of them got better reviews from customers, as well as metrics that can be pulled out of the app, such as who speeds, who brakes too hard, and who corners too hard.

The empty mileage is especially harmful to drivers, as it cuts into their earnings.

"It's critical from the perspective of the carrier because the number of hours on the clock is regulated by the federal government. That means that, while you’re waiting, technically that qualifies as on the clock and obviously that can be very bad," McElroy said. "If you do five shipments a day, as opposed to four, that's fairly significant ROI. That's the waste we are eliminating."

The other type of waste is internal, or the amount that companies have to pay a brokerage to process a shipment, as well as the time it takes them. Transfix eliminates both.

Large brokers can take four to five hours to process a shipment. Transfix has that time is down to 14 mins, and wants to eventually get it down to zero minutes. Those brokerages also charge 15 percent to 18 to execute a shipment. So the trucker would be paid $850 out of a $1,000 job. Transfix wants to but that number closer to 5%, putting more money into the driver's pocket.

"We use tech to automate the process, and while doing that, increase visibility. I believe that we are not only the cheaper solution, but we also the better mouse trap," McElroy said. "I get really excited about giving the customer a better solution that is less expensive, and giving the trucking company tools to run their business for free. That is money back into their pockets, and it makes a nice message to come to work to every day."

Transfix is currently working with 35 shippers in industries that include retail, food and manufacturing. They range from large, multi-billion dollar companies, like Barnes and Noble and J. Crew, as well as some smaller companies.

It also has 6,000 drivers on network, 30% of who are independent owned and operated, while the other 70 are smaller trucking companies with 20 trucks or less.

"There are over 400,000 trucking companies in US, and 97% have 20 trucks or less. Many of them ae fragmented, rural, and family owned," McElroy said. "It's only of the longest stranding entrepreneurial traditions in this country and it takes a tremendous of guts, savvy, and insanity to start a trucking company. It's wonderful to empower people to go against the large trucking companies."

There are other startups also trying to update the trucking industry with technology, but they mostly do “less than truckload” shipping (LTL), while Transfix does “full truck load” shipping (FTL). That means that Transfix customers get access to the whole truck, while customers of a companies like Convoy and Cargomatic, for example, put their palette in a truck with other companies who are also shipping goods.

Most companies use both LTL and FTL, depending on their needs, including how much they need shipped and how far. They'll use LTL when they don’t have enough volume in shipment to justify full truck, though it can "start to get messy," McElroy said, with more chance of palettes getting lost, or damaged since they are uploaded and reloaded numerous times.

Transfix will use the new funding to accelerate development of its solution suite and third-party logistics services, with concentrations on predictive data, business intelligence and supply chain visibility.

"It will all go toward expansion. We have a good handle on our product market fit, and this $12 million is gasoline. We will be hiring the best engineers we can find, improve the product for customers and drivers, and hire sales and marketing to drive the top of the funnel," said McElroy. "We will add operations personnel to execute loads, and our carrier success team. We need customer service. It's automated but this is still real life, so if a driver calls at 2 am, because their truck burst in flames, they need to talk to a real person."

The company currently has 23 employees, with 3 more who have accepted. It wants to add somewhere in the neighborhood of 50, so it would be at 75 employees.

Ultimately, McElroy's goal with Transfix is to dramatically cut down on the time and money it costs to ship things, thereby having a much larger effect on the overall economy.

"We have a dramatic opportunity to reduce internal waste, which can have a direct impact not just on the company but on society at large. If things become more efficient, things become cheaper on the shelf. The work we do genuinely is noble, and it can impact every single person," he told me.

For Ben Narasin, General Partner at Canvas Ventures, getting to invest in Transfix allowed him to see the company he had previous seeded grow up.

"I had seeded the company about a year before. In the beginning, a year ago, I saw a huge market, one with no no tech and very feeble competitors. I also saw a phenomenal founding team," he told me.

"Drew was born into trucking, he was brought home into the trucking business, which was run by his family, so he has been in this industry since birth. He has seen the problems in industry and knows it can be done better. He is also a passionate advocate of the driver."

What really attracted Narasin was that Transfix is a win-win company, where it benefits both the driver and the company. For the driver they no longer have to waste those miles, and the company gets to reduce the amount of time it takes to get shipments out.

"I love business where all constituents win," said Narasin. 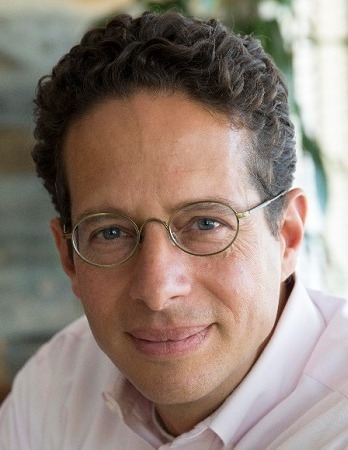 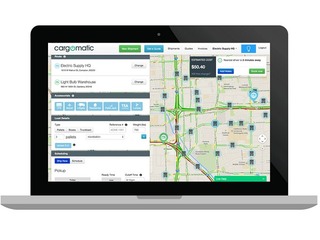 Cargomatic gets $8M to modernize the trucking industry