Majority of on-demand drivers are new to the job

80 percent have driven for less than a year, 41 percent start driving less after a year

Usually when we talk about Lyft, Sidecar, or Uber, it means that either some government organization updated their policies regulating the apps or that there’s some new fight stirred up by taxi drivers.

Rarely do we gain much insight into the on-demand drivers themselves, the massive invisible workforce that makes companies like Uber possible--and worth tremendous amounts of money.

For example, did you know that the majority of on-demand drivers have only driven for less than six months? This is according to SherpaShare, a company whose app provides support for this workforce, which today revealed several demographic trends based on a survey of nearly 1000 on-demand drivers. 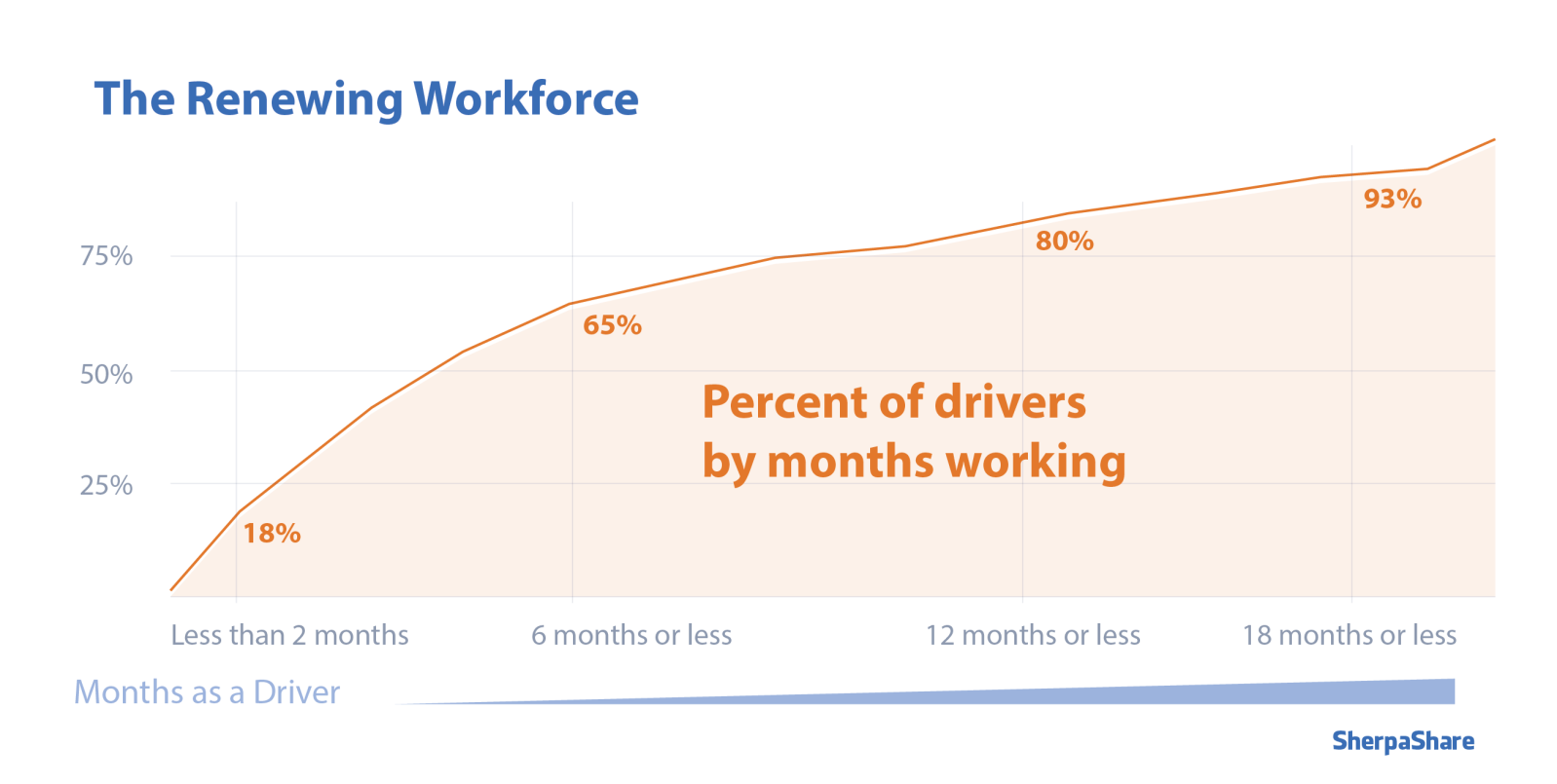 Given that 18 percent of today's drivers have been doing so for less than two months and, even more notable, 80 percent have been doing so for less than six months, the obvious question is why. Is it, as SherpaShare suggests, because ridesharing is a “constantly-refreshing workforce” or is it simply because all the major ride-hailing services are still adding drivers at a rapid pace? I’ve reached out to both Uber and Lyft to see what they would conclude about this, and will update when I hear back.

Meanwhile, the answer may be hidden in another trend revealed by SherpaShare: 41 percent of on-demand drivers report that they start driving less after 3-12 months of experience. This is slightly higher than the 35 percent who start working more and much higher than the 24 percent who work about the same number of hours. 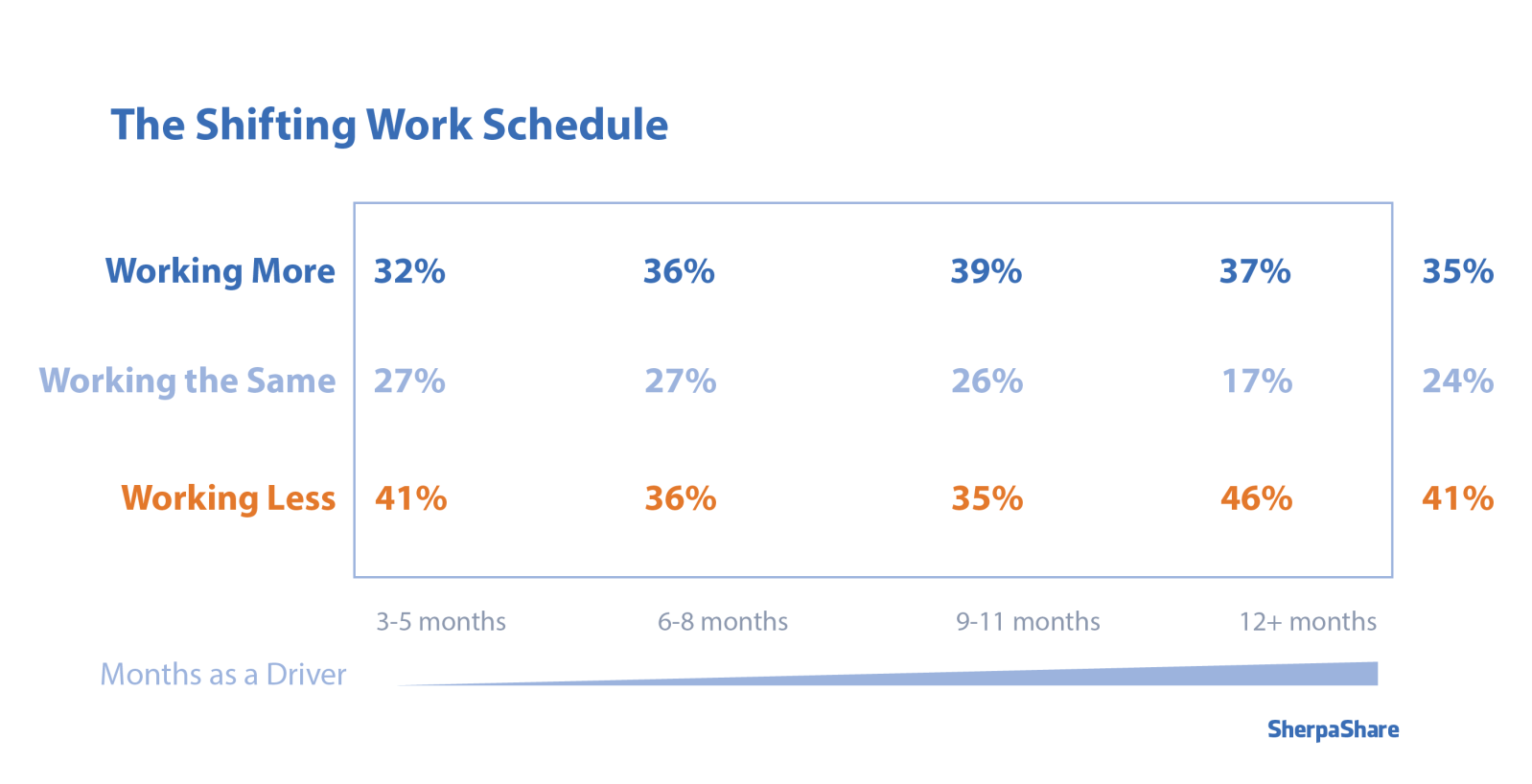 Overall, SherpaShare sees this as a consequence of the fact that most on-demand drivers perform this work to earn supplemental income, and so they will often tweak the number of hours they work according to their needs. This, in turn, is reaffirmed in an Uber study from earlier this year, which found that drivers rarely (if ever) rely on the app as their sole source of income. Usually it's either a significant source of personal income or simply a supplement.

So perhaps the reason so many on-demand drivers are new to the job is because no one ever makes enough money to be a career on-demand driver. You do it for a little while to earn some cash, and then you move on to something else. The jury’s still out.

Other interesting data from the survey is related to demographics.

Citing one trend, SherpaShare found that drivers aged over 55 report earning about 20 percent less per month (on average) versus younger drivers. As for women, who make up almost a fifth of the on-demand driving workforce, there is an "underrepresentation" in the 26-39 age group, suggesting a difficulty for mothers to juggle child-rearing with ride-sharing. Finally, SherpaShare found that women earn less than men (not because of the well-known earnings disparity in our society) but simply because they drive less hours.

SherpaShare provides a dashboard for drivers to track their mileages, manage their earnings, and compare their performance against other drivers. The dashboard is used today by thousands of contractors from both ride-hailing services (Lyft, Sidecar, Uber) and food-delivery services (DoorDash, Instacart, Postmates, SpoonRocket, Sprig). 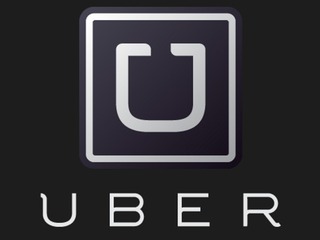