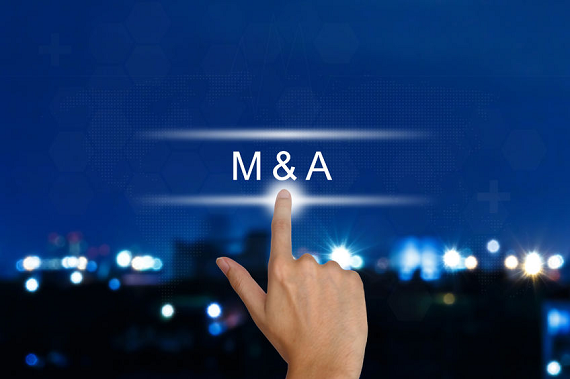 Google acquired Divshot, an HTML5 web hosting platform tailored for performance and developer productivity. No financial terms of the deal were disclosed.

The Divshot team will be joining the Firebase team at Google, the company's developer-focused app development platform, where it will incorporating its technology as well.

Divshot and Firebase are together launching a brand new Firebase command-line interface today with a local static web server powered by Divshot’s open-source Superstatic library. Users will now be able to develop locally with all of their rewrites, redirects, and other Firebase Hosting options.

Divshot had raised $1.8 million in funding.

Open source company Red Hat acquired Ansible, a provider of IT automation solutions designed to help enterprises move toward frictionless IT. No financial terms were disclosed.

Ansible's automation capabilities, together with Red Hat's existing management portfolio, will help users drive down the cost and complexity of deploying and managing both cloud-native and traditional applications across hybrid cloud environments. With this acquisition, Red Hat expands its leadership in hybrid cloud management, OpenStack and containers.

Customer support company Zendesk acquired acquired We Are Cloud SAS of Montpellier, France, the maker of BIME Analytics software. The deal is worth $45 million.

Along with the integration into Zendesk’s data platform, BIME Analytics will continue to be sold and supported as a separate data analytics product. All of We Are Cloud’s employees are being offered roles with Zendesk.

The acquisition effort was led by Fred Santarpia, chief digital officer of Condé Nast, to whom the Pitchfork team will report. The deal adds the music vertical to Condé Nast’s digital network, which already includes Vogue, Vanity Fair, Glamour, Brides, Self, GQ and The New Yorker.

Pitchfork has six million unique visitors and their social following is over four million followers and fans.

Dell, MSD Partners and Silver Lake acquired EMC Corporation, for $33.15 a share or $67 billion, making it the largest tech acquisiton of all time.

Following completion of the transaction, Michael Dell will lead the combined company as chairman and chief executive officer. Joe Tucci, chairman and chief executive officer of EMC, will continue in his roles until the transaction closes. Dell’s headquarters will remain in Round Rock, Texas, and the headquarters of the combined enterprise systems business will be located in Hopkinton, Mass.

VMware, a subsidiary of EMC, will be maintained as a publicly-traded company.

Meanwhile, VMware had an acquisition of its own, buying Boxer, which develops a mobile e-mail application to access various e-mail accounts. No financial terms of the deal were disclosed.

The Boxer team will be joining VMware as a part of the AirWatch team within the VMware End-User Computing business unit.

Upon closing of the acquisition, the combination of Boxer and AirWatch by VMware will create a world-class suite of services that will enable businesses to provide their employees with secure access to their email, content and apps.

Marvel, a free prototyping and collaboration tool, acquired design and animation tool Plexi. No financial terms of the deal were disclosed.

Plexi enables anyone to design or wireframe interfaces directly in the browser. Not only that but it also has a powerful motion engine which allows users to add in-page animations to individual elements in their design.

The team behind Plexi will be joining Marvel to spearhead development. Plexi features will also be incorporated into Marvel.

Alibaba Group made a non-binding proposal to the board of directors of Youku Tudou Inc. to acquire all outstanding shares of Youku, including shares represented by American depositary shares, that it does not already own for US$26.60 per ADS in an all-cash transaction.

In May 2014, Alibaba made an initial strategic investment in Youku and owns 18.3% of the outstanding share capital of Youku based on Youku’s public filings.

The proposal is subject to satisfactory completion of due diligence by Alibaba and the negotiation of a mutually acceptable definitive merger agreement.

Giftxoxo, an experiential gifting company, acquired Yipeedo, a start-up focussed on helping city dwellers to discover and book leisure activities. No financial terms of the deal were disclosed.

As per the deal, founders of Yipeedo, Shalini Nautiyal and Dhiraj Kathuria will bring their software product development experience to the Frogo team and spearhead the product together with the Giftxoxo founders.

Shalini will join the board as Product Head, Dhiraj will take over as Technology Head.

Storage and data security company Imation acquired substantially all of the equity of Connected Data, an enterprise-class, private cloud sync and share company, in a transaction valued at approximately $7.5 million at closing.

Founded in 2012, Connected Data had raised $6.75 million in ventue funding.

Charity broadcast network Chideo acquired the majority stake in Charitybuzz , an online charity auction platform. No financial terms of the deal were disclosed.

Charitybuzz had raised $3 million in venture funding. The company will continue to operate as its own entity based in New York City with founder Coppy Holzma overseeing all day-to-day activities.

PhishMe will incorporate Malcovery's Protect Your Network and Protect Your Brand offerings into its full lifecycle of anti-phishing products, Simulator, Reporter and Triage. Malcovery's team will join PhishMe, bringing the combined employee headcount to 200.

Volaris Group acquired Red River Software a provider of application software for the agribusiness, fuel, energy and convenience retail verticals. No financial terms of the deal were disclosed.

RRS solutions are installed at customer locations in 35 U.S states as well as in Canada. Its solutions cover back office accounting, inventory, fuel pump reconciliation, dispatch, and other critical aspects of customers’ needs within these vertical industries.

The acquisition strengthens our Volaris' product offerings to customers in its key markets.

Trimble, a provider of technology to make field and mobile workers in businesses and government more productive, acquired PocketMobile, a European provider of enterprise mobile workforce solutions for international customers in the areas of postal service and logistics, security, and field service. No financial terms of the deal were disclosed.

The acquisition accelerates Trimble's development in the high-growth field-to-office mobility market. PocketMobile will be reported as part of Trimble's Mobile Solutions segment.

Founded in 2000, PocketMobile's partner network includes more than 150 certified developers and system integrators with a PreCom Center of Excellence. The PreCom platform is used in more than 25 countries. The company had raised $6.35 million in venture funding.