Sprint wants to cut $2.5 billion in costs, jobs to be lost

It unknown how many employees will be cut, or in what departments 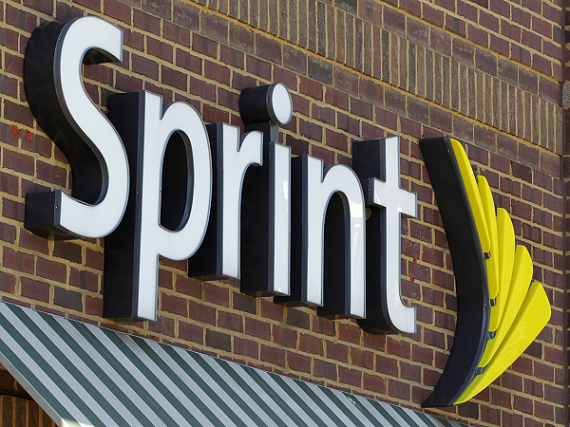 All signs are indicating that things are really not going well over at Sprint right now, and they are likely about to get even worse.

A week after choosing to save money by declining to participate in an auction to bid on new mobile airwaves, in order to save money, now the struggling company is now looking internally at cost drastic cost cutting measures, according to a report from the Wall Street Journal on Thursday. That means numerous jobs are about to be lost.

Spring is preparing to cut as much as $2.5 billion in costs in the next six months and, in a memo to the company's staff, Tarek Robbiati, who is Sprint’s new chief financial officer, said the company would be an external hiring freeze.

That also, very likely, will “inevitably will result in job reductions,” he wrote. As of the end of March, Sprint employed about 31,000 people, and it is unknown at this time how many employees are potentially on the chopping block, or in what departments.

This news isn't surprising seeing how much Sprint has been struggling lately. Earlier this year, T-Mobile passed it to become the nation’s 3rd largest carrier by subscribers.

Sprint has been trying to cut expenses for a while now, having cut $1.5 billion in the last 12 months. Even with that reduction it still had $7.5 billion in operating expenses during the three months ending on June 30.

This report follows some equally disturbing news that came out just last week when Sprint announced  that it was sitting out on its chance to bid during a 600 MHz incentive auction from the FCC next year.

“Sprint’s focus and overarching imperative must be on improving its network and market position in the immediate term so we can remain a powerful force in fostering competition, consumer benefits and innovation in the wireless broadband world,” Marcelo Claure, CEO of Sprint, said in a statement at the time. “Sprint has the spectrum it needs to deploy its network architecture of the future.”

Translation: we'd rather not spend our money on that right now.

VatorNews reached out to Sprint for confirmation and comment on this report. Here is the company's statement, in full:

“Recently we communicated with Sprint employees to update them on the progress we are making to transform our business. We discussed the improvements we have made to many of our key metrics including net adds, churn, and our network. We are laser focused on creating a superior network, being the price leader and providing an amazing customer experience. We are pleased that our business has momentum and we are heading in the right direction.

We also shared with our top leaders that in order to be successful, we must change our cost structure so we can fuel our growth and operate more efficiently. We have begun an effort to significantly take costs out of the business so the transformation of the company will be sustainable for the long-term. It is likely that some jobs will be impacted but it’s premature to discuss the details as we are in the early stages of the process.

This is a difficult process and we won’t make decisions lightly. Whatever decisions are made, we will inform our employees first and treat any impacted employees with dignity and respect.

We believe the steps we are taking across our business are critical to ensuring Sprint is a viable, successful and sustainable business for the foreseeable future.”