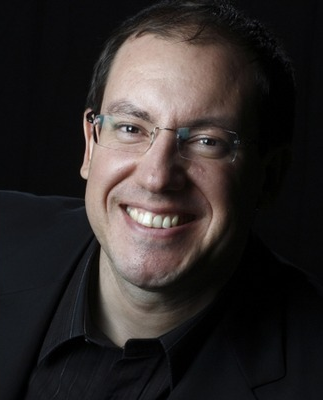 Aydin Senkut is founder and Managing Director of Felicis Ventures.

Senkut has been an angel investor in start-ups since 2006. His portfolio encompasses over 50 companies including Aardvark, Fresh Guide, Inkling, Meraki, Mint, Mixer Labs, Mob.ly, Mochi Media, Powerset ,Plusmo, Sendori and Tapulous. Prior to starting Felicis Ventures, Senkut joined Google in 1999 as its first Product Manager to launch its first 10 international sites. Before joining Google, he was a Product Manager at SGI.

He has a BS in Business Administration with Honors from Boston University. He also earned an MBA in Marketing from the Wharton School and an MA in International Studies from the School of Arts at the University of Pennsylvania.

Aydin Senkut: We are thematic investors, we focus on reinvention of core markets like security, payments for mobile and cloud plus frontier technologies like bioinformatics, AI, robotics and virtual reality.

Other than that, we think there is only one universe of great companies and founders. That's why we invest regardless of background, geo, stage and ownership stake.

We always put ourselves in the shoes of entrepreneurs we are dealing with; we had to raise from institutional LPs too so we get it. We go to extreme lengths to make sure our founders have a delightful experience with us.

AS: As can be seen in the strategy section on our “Numbers” page, We invest primarily under two key themes: reinvention & frontier. The re-invention theme focuses on companies that are reinventing critical solutions in important markets, such as security, financial technology, logistics and enterprise solutions focusing on people operations. Frontier theme prioritizes companies creating new markets with state of the art solutions in areas such as machine learning, robotics, molecular diagnostics and virtual reality.

AS: I’m very proud of the fact that we already have two major IPOs since our first institutional funding less than five years ago: Fitbit and Shopify.

Other Felicis exits we’re particularly proud of: Meraki, Twitch, Climate Corp, (all three were around a valuation of $1 billion or more) plus Acompli, BrightRoll, and Dropcam.

These were some of the most successful exits for the firm, and most are examples of our ability to identify promising sectors much earlier than other investors and pick the winning companies in each. One common element among all these exits is the founders’ unique insight of what makes a product really awesome. Virtually all of these investments were during the early stages of these companies, often among first checks in.

Addiitonally, I’m also super excited to be an investor in Credit Karma, Adyen, and Greenhouse. All three companies are growing at tremendous rates and are on track to be strong leaders in their segments with truly awesome, world class products.

AS: Please see the last slide of my deck from last month’s PreMoney conference for detailed insights. We seek out founders who can clearly articulate what makes a product truly awesome and what success means for them; who have counterintuitive insights; who are product visionaries;  As first generation immigrants, our team is particularly attuned to the hustle demonstrated by founders.

AS: Traction expectation varies so drastically among companies we back and depends on the stage we invest; what we found to be more important determinants of success is founder qualities that demonstrate resilience and grit, such as competitive awards, overcoming extremely tough experiences, really tough schools, unique achievements or IP in previous jobs.

We also look at derivative measures, not just revenue but revenue per employee or how little money it took to get to a certain level of revenues; that is much much harder to achieve and much more accurate predictor of success. Examples are Credit Karma and Shopify which scaled revenues very fast with comparatively little investment.

AS: Like most of the Felicis team, I am a first generation immigrant. I was born in Turkey and studied in Boston, then received my MBA from the University of Pennsylvania.

I joined Google in 1999 as its first PM, then first international sales manager. Afterwards, I considered joining a traditional, old-school VC firm, but did not fit the “mold” such firms sought out in their hires. This inspired me to begin investing on my own terms. My early bets led me to be considered one of the original “super-angels.”

I raised the first institutional Felicis fund with the intention of doing venture capital differently: being founder-friendly, bringing together a diverse team, and generally operating in a kind and transparent way in what is a highly transactional, numbers-driven industry.

AS: There are three things that I love about being a VC:

One, backing a company early with conviction before the crowds notice the company, for example we were among the first checks to Credit Karma, which was recently valued at multiple billions, and we were among first checks to Justin.tv which turned to Twitch and sold to Amazon for about $1 billion.

Second, being able to pursue an amazing company against tough odds and win. Shopify, Adyen, Rovio were all deals that took us months to close, and were in Canada, Holland and Finland respectively, and we are grateful to be among their investors and get a chance to work with them.

Third, to be a great coach and engineer serendipity for our companies. We can arrange a connection that leads to a closed sale and help with a critical round or acquisition.

AS: Our firm is unique in that we don’t have strict ownership targets, board seat requirements or other constraints, including geography. We have deliberately kept our fund size small so that we remain flexible and able to customize our participation to suit a founder’s needs. We frequently lead rounds, but have also invested alongside virtually all top-tier VCs.

AS: We don’t disclose this information.

AS: We don’t disclose exact figures, but we’ve backed many of our companies through multiple rounds.

AS: We invest across stages from seed through growth rounds, but in majority of cases we tend to be among a company’s first institutional backers.

AS: We don’t disclose exact figures as the range has varied notably over the years we’ve been in operation.

AS: Felicis has one of the top hit ratios, meaning investments to exits, of all VC firms, but we define success not simply as returns to our LPs, our recent fund is 100% institutional, but also in the caliber of service we deliver to founders and the relationships we build.

Our firm stands out due to the diversity of our team, and each team member’s unconventional path to venture; we strive to create an exceptional experience for our founders, which is primarily reflected in our willingness to customize our investments to suit our founders’ needs first and foremost, and not vice versa.