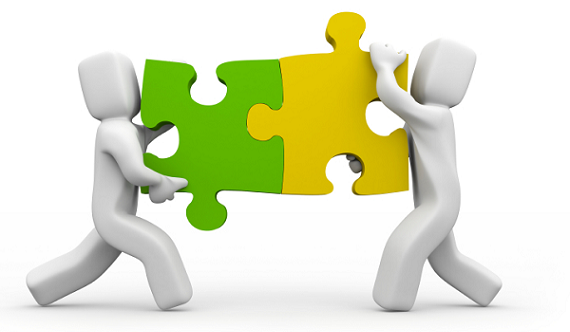 Microsoft completed the deal to acquire Adallom, an Israeli cloud security startup.  The price of the deal was undisclosed, but is said to be lower than the $320 million that was initially reported.

A number of Adallom employees, including co-founder and CEO Assaf Rappaport, as well as other key member of the leadership team, including the co-founders are joining Microsoft, and the company expects a high percentage of the Adallom workforce to join Microsoft.

While Adallom will become part of Microsoft, it will continue to operate, at least for the time being.

Microsoft  also bought Double Labs, a startup that developed Echo Notification Lockscreen, a free lockscreen app for Android. Financial terms of the deal were not disclosed.

Double Labs was founded in 2013 and had received between 1 million and 5 million downloads.

This is Microsoft's second Android lockscreen, after t launched the Next lockscreen for Android in 2014.

Urban Science, a provider of analytical solutions for automotive OEMs and their dealers, acquired AutoHook, a digital marketing solutions provider focused on driving in-market shoppers directly to dealerships, from performance marketing company HookLogic. The financial details were not disclosed.

The acquisition was finalized on September 9. HookLogic’s financial advisor on the sale of the AutoHook division was the Presidio Group.

AutoHook’s innovative digital marketing solutions, including Web2Show, Lead2Show and Mobile2Show, will continue to be offered. AutoHook and its employees will move operations from its Ann Arbor, MI office to Urban Science’s headquarters in Detroit. David Metter will join Urban Science as president of AutoHook.

Looking to expand beyond simply providing accommodations, Airbnb acquired vacation planning platform Vamo, in a move that could signal intentions to take on services like Kayak. No financial terms of the deal were disclosed.

Six people from Vamo will be joining Airbnb, and the Vamo service will be shutting down. The company will continue to work until October 1, after which functionality will become limited. Users will still have access to their old trips that have bookings, but they won't be able to create any new trips.

Founded in 2012, Vamos has raised $1.6 million in venture funding in 2013, from a long list of investors, including Ben Ling, Dave Morin, Max Levchin, Bono, Keith Rabois and Ali Partovi.

Founded in 1999, Layer42 has approximately 150 customers, including Barracuda Networks, Dropbox and Square. Going forward it will be known as “Layer42 by Wave.” Wave said it plans to invest in additional hiring and technology to accelerate growth for the new division.

Derek Garnier, CEO of Layer42 Networks, is remaining with Wave as SVP of Data Center Services.

To bolster its own cloud capabilities, IBM acquired StrongLoop,  a software provider, to help developers connect enterprise applications to mobile, Internet of Things and Web applications in the cloud. No financial terms of the deal were disclosed.

IBM intends to integrate the capabilites of Node.js, StrongLoop's application development software, with its software portfolio, which already includes MobileFirst and WebSphere, to help clients better use enterprise data and conduct transactions whether in the cloud or on-premises.

Select cloud capabilities from StrongLoop are expected to be incorporated into the IBM IoT Foundation, along with Bluemix, IBM's platform-as-a-service, security and analytics.

SteelBrick, a provider of configure price quote cloud applications, acquired Invoice IT, a provider of cloud software for subscription billing, revenue scheduling, and payment collection. No financial terms were disclosed.

the company that provides configure, price and quote (CPQ) software built on top of Salesforce.com’s Salesforce 1 platform, announced today that it was buying  an online billing company based in England.

The deal expands SteelBrick’s global footprint and brings more than 60 new customers to SteelBrick, which powers sales for more than 250 high-growth customers including Cloudera, Nimble Storage, HootSuite and Marketo.

With the acquisition, SteelBrick says it now offers a full suite of Quote-to-Cash applications.

ParkMe is now a wholly owned subsidiary of INRIX but will continue to operate from its office in Santa Monica, CA. The ParkMe brand and mobile applications will continue and there will be no service interruptions for existing ParkMe consumer and enterprise customers

Document management company DocuSign entered into a definitive agreement to acquire the Trusted Documents and Transactions Division from digital signature company OpenTrust. No financial terms of the deal were disclosed.

The agreement builds on a multi-year partnership and brings together OpenTrust’s digital signature and certificate solutions with DocuSign’s Digital Transaction Management platform.

The acquisition will further empower customers to transact business with trust and confidence anywhere in the world to further fuel DocuSign’s worldwide growth and the rapid expansion of The DocuSign Global Trust Network.

The acquisition is subject to customary closing conditions and approvals and is expected to close in the fourth quarter of 2015.

Global consulting solutions integration company Nihilent Technologies acquired a controlling stake in Intellect Bizware, a specialist SAP consulting and services company. Nihilent did not disclose the valuation for the 51 percent stake in the company.

In addition, the acquisition will also add 200 people to Nihilent's existing 1,300 person workforce.

Through this acquisition, CloudDesk will be able to provide more robust security for its Virtual Desktop Infrastructure, and mobile computing solutions which are used by educational institutions, government agencies and enterprises in Southeast Asia.

The acquisition also complements Netsmart’s current managed services strategy, designed to help clients reduce cost and increase efficiency in their IT operations and infrastructure. A newly-formed Netsmart Solutions Management Services business unit will have a dedicated strategic and operational focus on outsourcing and related services.

AreaOne, whjich is a Facebook Marketing Partner for Ad Technology, expands Taptica's mobile offering to include the fast-growing social media space and will result in the most complete and comprehensive marketing platform for the industry.

FiscalNote, a provider of a real-time legal analytics platform that tracks, analyzes and forecasts legal and policy data, acquired MyCandidate, a mobile application that aggregates and analyzes information about political candidates in South Korea. No financial terms were disclosed.

MyCandidate collects and presents data from South Korea’s National Election Commission website, as well as summaries from political campaigns, so voters can educate themselves on the major issues each candidate supports and opposes. Upcoming in the product roadmap is an app that monitors legislation to determine if candidates followed up on commitments made during their office tenures.

Through this acquisition, FiscalNote expands its footprint in South Korea and the rest of Asia, setting the stage for an aggressive and rapid move into international markets.

Along with the acquisition, MyCandidate’s founder and CEO, Rebekah Kang, joined FiscalNote as a market development manager, determining the feasibility of the Asian market and working with Korean partners to further develop the platform and expand FiscalNote’s customer base in the Asia-Pacific region.

Datapipe, a provide of managed hybrid IT solutions for the enterprise, acquired AWS assessment, automation, and migration company, DualSpark. No financial terms were disclosed.

DataSpark’s 40 employees are coming to work at Datapipe, bringing the company's total headcount to around 700 employees.

The acquisition will help Datapipe gain momentum in the security, integration and management of multiple cloud platforms DualSpark’s AWS consulting services simplify the experience of moving apps and critical infrastructure to the AWS cloud.

The price of the deal was $330 million, with initial cash consideration will be approximately $245 million, net of cash acquired, with an additional $85 million of potential contingent consideration upon achievement of future performance targets. The acquisition is expected to close early in the December 2015 quarter, subject to customary closing conditions.

Upon completion of the deal, NEXTracker will operate as a subsidiary, retaining its existing brand under the continued leadership of Dan Shugar.

Sabrina Horn, president and CEO of Horn Group, has been named as a managing partner and US technology practice leader for Finn Partners.

The combination of the two comoanies will allow developers to exceed monetization goals with a single centralized SDK which includes mobile video, offerwall, interstitial and display, in addition to full mediation support for all ad products.

IronSource and Supersonic will have a combined reach of one billion monthly users. Both company’s existing partners will work with the same dedicated teams.

IronSource had raised $105 milion in funding, while Supersonic has raised $23.2 million.

Demandbase, a marketing technology company, acquired WhoToo, a Data-as-a-Service company that aggregates and segments complex data sets. No financial terms of the deal were disclosed.

Founded in 2012, WhoToo has developed a Data-as-a-Service business that gives marketers on-demand access to a wealth of discrete data sets. Customers include Fortune 500 companies and data management platforms, including Adobe, Oracle, eXelate and Lotame.

Matt Rowlen, founder and CEO of WhoToo, will lead Demandbase’s expanded data business team and work with the company’s product and engineering teams to further integrate ground-breaking data solutions into all of Demandbase’s products. The entire WhoToo team will remain in Seattle and expand Demandbase’s Northwest presence.

As a result of the deal, Empire Avenue is being absorbed into the dotKred stable.

Empire Avenue cofounder Duleepa Wijayawardhana and the former team at Empire Avenue are going to be staying on as consultants for PeopleBrowsr, which seems to suggest that the deal was just for the assets, not the talent. 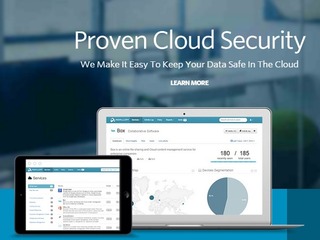 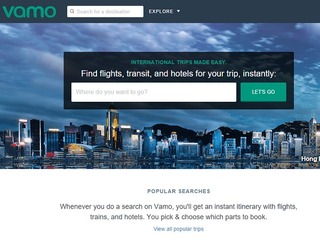 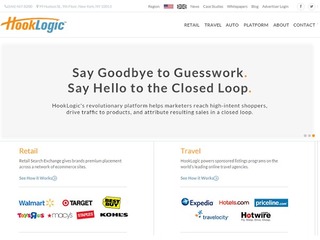