No. 1 Mistake: They take themselves and their idea too seriously 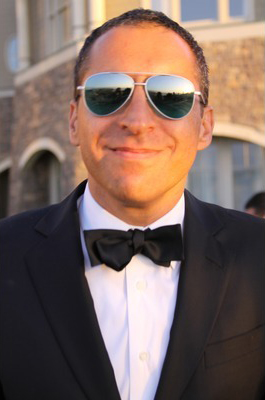 Today's Entrepreneur is Payam Zamani, Founder and CEO at Shout The Good. Shout is a social app that provides a powerful character score and unique personality profile for every person with an online footprint. Shout offers you the tools to increase your score and your positive social impact by shouting the good about others.

Zamani is an Internet pioneer, die-hard entrepreneur and angel investor who has founded several technology and Internet-based companies. Zamani got his degree in Environmental Toxicology from University of California Davis.

Here's a little about Zamani:

I am a(n): Entrepreneur
If you are an entrepreneur, why? Change an industry
My favorite startups: No singling out...time will tell which ones will endure and prosper
What's most frustrating and rewarding about entrepreneurship/innovation?

It takes time to build a real business that will endure...entrepreneurs are rarely patient and I'm no exception. For me the most rewarding aspect of entrepreneurship has always been the opportunity to build a great team ...it really is an art that no one will ever perfect.

They take themselves and their idea too seriously. The chances are the entrepreneur doesn't know enough and needs help honing the idea as well as his/her skills.

1) Focus on cash-flow and never assume additional capital will be available in the future
2) Hire the best and the brightest people you can even if they cost more or maybe more challenging to manage
3) Don't get attached to under performers...you, your investors and your team deserve only the best

Payam is an Internet pioneer, die-hard entrepreneur and angel investor who has founded several technology and Internet-based companies, including Autoweb.com, the first online car buying service, which completed a successful IPO in 1999 reaching a market cap of $1.2B; Reply! Inc, Contractors.com and Shout the Good. He is married and has two daughters.

Born in Iran, Payam is a member of the Baha’i faith, a peaceful religion focused on bringing about love and unity amongst people of all races and backgrounds. Payam escaped Iran in 1987 at the age of 16, fleeing religious persecution. He ended up in Pakistan before being granted asylum in the U.S. and landing in San Francisco in June 1988.

Thrilled for the opportunity to attend University (Baha’i’s are still not able to attend University in Iran), Payam put himself through college and earned a B.S. in environmental toxicology from the University of California, Davis. Shortly after graduating, he began his entrepreneurial journey founding and helping others launch Internet-based businesses.

Payam currently serves or previously has served on the Board of Directors or Advisors to many technology-based startups, including The RealReal, TalkWheel, ChatSports, Fundly, SoulPancake, EnerAllies and Les Concierges.

Payam is founder and the editor-in-chief of BahaiTeachings.org – a spiritual enlightenment website. He is also currently a board member at Tahirih Justice Center, which protects immigrant women and girls fleeing violence, and previously was an advisory board member at The Mona Foundation, which supports grassroots educational initiatives and seeks to raise the status of women and girls worldwide.

Payam cofounded Shout the Good, his most recent company, based on the belief that our words and our actions have a deeper effect on the world than we could ever realize. He believes the only way to change the world is to change ourselves and be held accountable for the things we say and do. Payam views Shout as an opportunity of a lifetime to influence positive change at a scale never experienced before.


Shout The Good is competing in the Splash LA competition. The top eight of the competition will compete live on stage at Splash LA on Oct. 15 at Loews Santa Monica Hotel. Register here.

*Want to be included in our Today's Entrepreneur series? Email me: mitos@vator.tv

Make sure you get your regulatory strategy in place early

I wanted to create a lasting impact in the world

Shout The Good is a free social app that provides a powerful character score and unique personality profile for every person with an online footprint. Shout offers you the tools to increase your score and your positive social impact by shouting the good about others.

As a brand, we believe that our words and actions have a deep effect on the world. More than we can ever imagine. There are numerous apps and social media platforms where users post negative comments about others—some anonymously, and we’ve seen the devastating effects these statements can have on a person.

Shout’s mission is to inspire people to recognize the best in others and move them to tell their friends what makes them special. Because, you never know the power that one word or uplifting message could have on someone’s life. 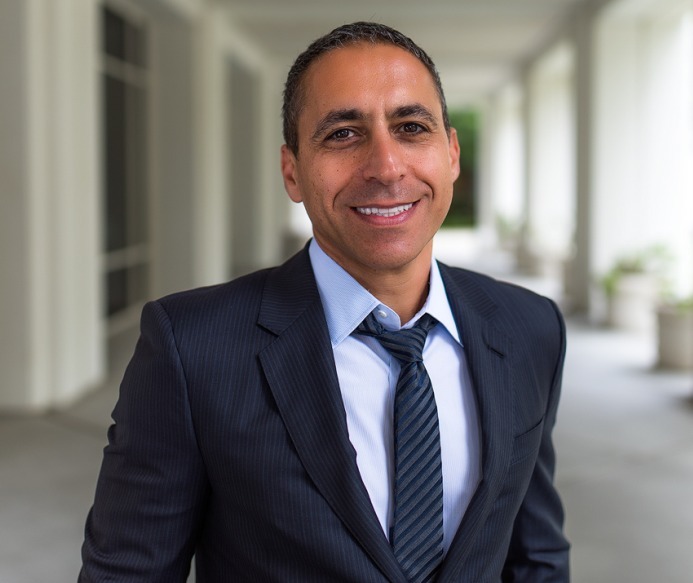 Payam is an Internet pioneer, die-hard entrepreneur and angel investor who has founded several technology and Internet-based companies.