SparkLabs is a global fund that has done deals in Asia, Africa, Europe, and the Middle East 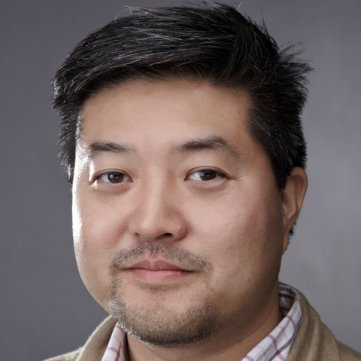 Bernard Moon is co-founder and Partner of SparkLabs Global Ventures.

Previously, he was Co-founder & CEO of Vidquik, a web conferencing & sales solutions platform. Bernard was a Managing Director at the Lunsford Group, which is a private investment firm with holdings in real estate, healthcare and other industries.

Moon completed a post-graduate fellowship with the Coro Foundation. He received his MPA in Telecom and New Media Policy from Columbia University and a BA in English and Psychology from the University of Wisconsin-Madison.

Bernard Moon: Our position is unique because we are global stage seed fund, and I don't think there's many of us around. We invest between $250,000 to half a million.. We have six partners, three of them full time and three part time, each of whom are well connected in at least two regions of the world.

We try to pick up on trends in those regions, whether it is security in Tel Aviv or fintech in London and consumer plays out of Stockholm. We like to joke around, and say we will invest in anything online and not illegal. We have been one of the most active seed funds with 50 investments in 20 months.

We have done investments in Fintech, IoT/hardware, e-commerce and online gaming. We also like mobile, be it consumer or enterprise.

I primarily look at companies in the U.S. and the Asia Pacific region. Specifically North Asia, which includes China, Japan and South Korea. I’m based in Palo Alto.

In South Korea, we see a lot of gaming and mobile startups, which is one of their strengths of innovation. Nexon started in 1994, and was the first online multiplayer RPG game and started the whole micro-transactions trend. This leadership in online gaming has continued through today, with companies such as Smilegate, whose game is Crossfire, which is published by Tencent and generates over $1 billion annually. This is just one online game.

We haven’t done a deal yet in China or Japan. China is mobile centric, especially consumer mobile. We are excited about the market and will be launching an affiliated but separate accelerator in Beijing next year.

In Japan it's mainly still consumer related as we've seen and focused on online gaming.

BM: Within our firm  we have a separate but affiliated accelerator called Sparklabs in Korea. One company that came out of there was Memebox, whose initial business was a subscription beauty box, like Birchbox, except that Memebox is higher end. For $30 a month, they send full beauty products in a box, so users get $100 worth of merchandise. In Korea they initially launched their subscription box, and in the second year they launched a complementary e-commerce site, so you'd get the subscription box then buy more products online. In the third year they created private label products. I now call them the “Xiaomi of Beauty” because they sold over 15,000 makeup brushes within a couple hours.

Another company is Payoff, which is a peer to peer lender similar to Lending Club or Prosper. We believe they have a better secret sauce of psychoanalytics, and have a more focused market since they're targeting credit card debt. The team is stellar and the investors are the power players in finance, such as Mohamed El-Erian, who is the ex-CEO of PIMCO and the former CEO of Visa, Joe Saunders. They have an excellent brain trust of people from the lending and consumer finance space, and their growth rate has been better than Lending Club's was in its first year.

On the hardware side we have Petnet, which is a smart pet feeder so you can remotely feed our dog or cat with a mobile app. It will also track data food and eating habits related to your pet. The number one health problem with dogs is overfeeding, so it helps regulate that.

When we were considering investing into Petnet, there were actually two similar companies, one in Korea and one in Taiwan. Definitely a benefit of our global network is to see similar products and efforts across the globe. The hardware design for the Korean and Taiwanese companies were more cutesy, similar to Asian cartoons, and both had cameras to interact with your pet and Petnet didn’t. The difference was that these two companies didn’t think as deep as Petnet did on the software side and data collection. That's why we decided to invest in Petnet instead.

BM: It really depends on the vertical. Since we are pre-Series A, we do first look at the team. We see if the CEO is a strong leader, someone who is decisive, who is stubborn but flexible. Hustlers, we like hustlers.

I personally like the teachable quality. Dino Ha, CEO and founder of Memebox, when he entered the accelerator, I told him that we didn't like the subscription e-commerce model. He said, 'Let me know and I'll pivot.' That shows that, while he had confidence in his vision he was also flexibile enough to think of alternatives.

We like a strong leader who does not get tunnel vision.

We also look at the product. Is it viable for that market? If we are within their target market, we would ask ourselves if we would use it every day or week? Is it a big enough market? Some businesses are not able to be unicorns. We are looking for the next billion dollar companies, because we have to be.

BM: I've had a convoluted career. I went to University of Wisconsin-Madison, after which I worked for the Governor of Illinois as a low-level lobbyist and was a Fellow at the Coro Foundation, which has a lot of influential alumni, including current and former Senators and Congressmen. From there I went to Columbia University, and I  intended to go to D.C. to work on the hill.

When I was in grad school from 1996 to 1998 it was the first boom times, when everyone and their grandmother wanted to do a startup. I was approached by two groups of my friends who wanted to start a company, and after grad school I decided to join a video-on-demand startup called started ViewPlus with my current co-founder of SparkLabs and SparkLabs Global, Jimmy Kim. I learned that I really enjoyed the chaos of entrepreneurship and building a company from scratch.

I've had stints in finance with an investment bank and investment office, but mostly tech entrepreneurship.

For ViewPlus, we put our savings into it, signed up for 20 credit cards and begged our parents for money. After we went through that process, we decided to freely give advice to entrepreneurs that we met so that they could avoid the pains that we went through. Fast forward 13 years later, HanJoo, Jimmy and I launched our accelerator in Seoul. Jimmy and I talked about it that we were doing the same thing now, giving advice to entrepreneurs, but adding a small check of $25,000 with it. Then we launched our seed fund, and it was the same thing. just with a bigger check, of $250,000 to $500,000.

BM: Being an investor, I get to see all different types of startups that I can help out and give advice to. We feel like we're contributing to a wider scope of people and that can be more satisfying, to give advice and to share their pain.

Otherwise it feels the same. We joke around, Jimmy and I, and we say that we still feel like entrepreneurs because we are still constantly fundraising. Especially since we're a new fund. We're not Sequoia, where we can snap our fingers and be oversubscribed by 10X.

VM: What is the investment range? How much do you put into each startup?

BM: We don't have metrics like that since we are seed stage. Also it varies per country. If you look at Silicon Valley seed rounds go up to $3 million, but outside of Silicon Valley, but still within the United States, most are $1.5 million to $2 million. In Korea it is up to $1 million. In fact most of the world is roughly $1 million.

BM: We are currently halfway through.

BM: We have six partners and all of us are former or current entrepreneurs, so we have an immediate affinity and value we can add to our companies.

It also resonates that we have a global network and a global fund. Frank Meehan is in London, Net Jacobsson is in Tel Aviv, Jay McCarthy is in Singapore, and John Lee and Jimmy Kim are in Seoul.