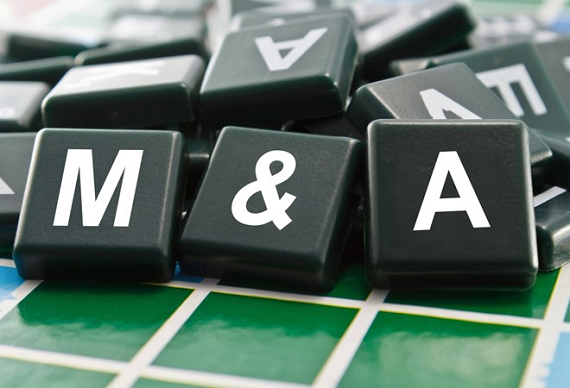 E-commerce company Zulily, which went public less than two years ago is already coming off the market as it has entered into a definitive agreement to be purchased by Liberty Interactive Corporation, the owner of home shopping network QVC.

Liberty Interactive agreed to provide $9.375 in cash and 0.3098 newly issued shares of QVCA for each share of Zulily.  Funding for the cash portion of the consideration is expected to come from cash on hand at zulily and QVC's revolving credit facility. The deal values Zulily at $2.4 billion.

The transaction has been approved by the boards of directors of both companies and is anticipated to close during the fourth quarter of 2015. Once it does, Zulily will be merged with the QVC brand, though it will retain its own brand.

Since Zulily has 4.9 million customers, and the deal is valued at $2.4 billion, Libery Interactive paid roughly $490 per customer.

As per the deal, numberFire’s site will remain operational and FanDuel will invest in the company's preexisting revenue streams, while numberFire's proprietary information will eventually be incorporated into FanDuel's platform to increase user engagement and expand on product offerings for users.

Oracle signed an agreement to acquire marketing-tech company Maxymiser. Financial terms of the deal were not disclosed.

The company says that is currently reviewing the existing Maxymiser product roadmap and will be providing guidance to customers in accordance with Oracle's standard product communication policies. Maxymiser products and services continue to be available.

The transaction is expected to close in 2015.

Maxymiser, which has raised $14.8 million in funding, optimizes over 20 billion customer experiences per month for brands such as Allianz, HSBC, Lufthansa, Tommy Hilfiger and Wyndham.

Viki, a global TV site powered by fans, acquired Soompi, an English-language online site providing news and fan discussions around Korean and Asian pop culture, in a deal valued at less than $10 million.

With this acquisition, Viki expands its offering of top-tier Korean entertainment and news to its global audience of 40 million monthly users and will provide a space for fans to connect with one another.

In the near term, the two sites will continue to operate separately while integrating content, such as Viki videos in Soompi news posts and fan forums, and Soompi news into Viki show and celebrity pages. Soompi founder Susan Kang will oversee the Community and Publishing team at Viki, Inc. and will report directly to Nam.

Soompi has doubled its reach in the past two years alone to nearly 7 million users per month. The company raised $282,000 in funding.

Reserve, a digital concierge service for the dining industry acquired Set for Service. a CRM system for restaurants. No financial terms of the deal were disclosed.

Peter Esmond, founder and CEO of Set for Service, will become Reserve’s head of restaurant product and its New York general manager.

Appriss, a provider of data, risk assessment and analytic solutions for government, health information and the consumer industries, acquired The Retail Equation, a provider of predictive analytics for retail businesses. No financial terms of the deal were disclosed.

As per the deal, Appriss will add The Retail Equation's analytics and predictive modeling to its suite of products, bringing targeted real-time solutions that reduce fraud and manage risk in the retail space to its customers.

The Retail Equatio operates in more than 34,000 stores in North America

Norwest Venture Partners, previous majority owner of The Retail Equation, will continue to support the company through its next phase of growth, by investing a significant portion of proceeds into the combined entity.

Voice-dating aoo Revealr was acquired by online dating and media group Venntro Media Group. No financial terms of the deal were disclosed.

With this acquisition, Venntro plans to take advantage of the Revealr's technology. The app will sit under Venntro’s WooWise arm; a division committed to experimental product development and innovation across mobile devices.

Venntro is the owner of multiple dating properties including Smooch.com, JustSingles.com and White Label Dating. It provides services to over 45 million consumers worldwide.

Shoutlet had previously raised over $29 million in venture funding.

As per the deal, Get Fresh will be shutting down its existing business, with the team joining Anova. Get Fresh CEO Stephen Svajian will become CEO of Anova.

Anova, which raised more than $1.8 million on Kickstarter, will sell its 200,000th this summer.

Get Fresh, which raised an undisclosed amount of seed funding, had investors that included David Sacks, Jason Calacanis and Jim Patterson.

Enterprise software vendor BMC acquired the technology assets of Boundary, a provider of real-time performance and availability monitoring in the cloud. No financial terms of the deal were disclosed.

The acquisition is part of BMC's Digital Enterprise Management blueprint, which gives companies the ability to transform into enterprises.

In it its first acquisition since it split from eBay anbd became a standalone public company, PayPal acquired mobile commerce platform Modest. No financial terms of the deal were disclosed.

Modest founders Harper Reed and Dylan Richard, along with the rest of the team, will join the Braintree team at PayPal. They will be based in its Chicago office. Harper was also the CTO for President Obama’s 2012 re-election campaign – Obama for America – and Dylan was the lead engineer for the campaign.

Founded in 2012, Modest allowed merchants to create their own app or integrate their stores within existing apps.

The company had raised an undisclosed amount of funding from Base Ventures and Hyde Park Venture Partners.

Housing.com, a real estate platform in India, acquired HomeBuy360, a Bangalore-based startup that provides an online sales and customer relations management platform that connects developers, agents and buyers. The price of the purchase was $2 million

Homebuy360's software will be channeled into Housing.com's data science lab, where it will complement the firm’s existing data and analytics on the real estate industry. Housing.com will use it to extend the service so it can reach the 20,000 real estate developers that use its platform across India.

Founded in 2011, Homebuy360 has more than 70 developers across seven cities in India.

N3twork, the social network that went back to mobile gaming in March, acquired Swedish mobile-game studio Nio Games. No financial terms of the deal were disclosed.

Nio Games co-founder Paul Wilkinson, as well as the team of engineers, artists and designers, will be coming to work at N3twork.

The company does not seem to have released any games, as its first game is still in pre-alpha. 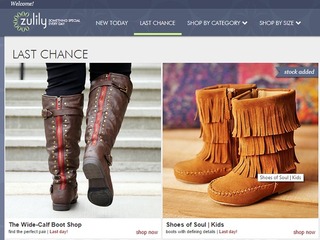 QVC owner Liberty Interactive agrees to buy Zulily for $2.4B