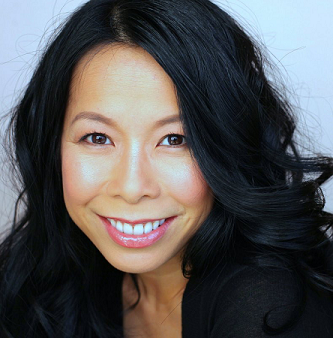 Prior, to Susa Ventues she was a Senior Product Marketing Manager at Google and Youtube. Prior to Google, she was the head of marketing for Applied Semantics, a company sold to Google in 2003. She also co-founded a Seattle-based health started called Navigating Cancer and serves on the boards of First Descents, Iridescent and Whole Child LA. Ho holds an MBA from Cornell and a BA from Harvard.

Eva Ho: We like to invest in companies that are solving important and large scale problems with smart use of data. What that means is it could either be companies that are building interesting datasets (by machine or humans) or tools, analtyics and applications that take advantage of data in a meaningful way.

Many industries are being transformed by actively using data as a core part of their business model to
drive more revenues as well as achieve cost efficiencies. As such, we remain pretty vertical agnostic,
having made investments in everything from fintech to health and education. While many organizations
recognize that data can be a real competitive advantage, the actual successful use cases and proof
points are still nascent. The problems yet to be solved remain an enormous greenfield for startups.

On the application layer, especially in mobile, there are also endless ways data can make devices more
intuitive, contextual and personalized. As we get access to more data on people, places, products etc,
apps and services will become exponentially more powerful, resulting in increasingly more delightful
user experiences. So we continue to invest in enterprise saas and mobile across many industries, with a
special interest in highly regulated and monopolistic markets.

VN: What would you say are the top investments you have been a part of? What stood out about those
investments in particular?

EH: We are still a very young fund (around for 2 years), so it’s too early to say what our top investments will be. But we have several companies that are doing exceptionally well and have gone on to raise larger rounds. Those include Robinhood, Lendup, Flexport, Casetext, and Andela.

The common theme across all these is a very strategic use of data to build highly defensible products that
grow in value as the datasets get larger through machine and human contributions.

EH: As a seed fund, the main things we look for are exceptional founders who have a real vision for what the future can look like and going after fast growing markets. Additionally, we look for founders that have raw talent and non-coachable skills like judgment, intuition, determination, and courage.

EH: I went to school at Harvard with a degree in Biology, then an MBA from Cornell. I grew up in
Mozambique, and came to the US as a refugee, which has really shaped how I see the world and the things I care about solving. I spent the last 15 years starting and operating in tech companies, large and small. I’ve been very lucky to have been a witness and participant in some big technological waves, from early days of Internet advertising with Applied Semantics (AdSense), to big data with Factual. I started angel investing in 2012, but it didn’t come easy to me.

Growing up poor, the notion of writing super large checks to a paper napkin idea felt absurd.  But over time, I recognized that raising a seed fund would actually allow me to scale myself -- and help people smarter than me solve problems I cared about.

EH: Being a VC is a really privileged job, if you want to even call it that. You get to be at the frontline of the greatest innovations and surround yourself with people who are defining the future. But it’s not so much a glamour job. It takes a lot of tenacity and grit to go through cycles with founders, and often watch
dreams fail. But it’s most exciting for me to watch a founder get their first real happy users, and knowing
their wacky, improbable idea has value to someone else.

EH: It really depends deal by deal. We definitely try to get a meaningful percentage where that is possible.

EH: We are 75% through the current fund.

EH: We are almost solely focused on seed, and follow-on for Series A for our top performers.

EH: We are unusual in that as a small $25 million seed fund, we have four full-time partners who were all
previously operators. We crafted the fund this way because we really believe in the agency model of
providing multi-layers of cross-functional support for our startups.  We also focus in the Bay Area, New York and Los Angeles, with deep networks and communities in each. We are really excited about the portfolio we have  developed in a short period of time, and look forward to supporting entrepreneurs for years to come.