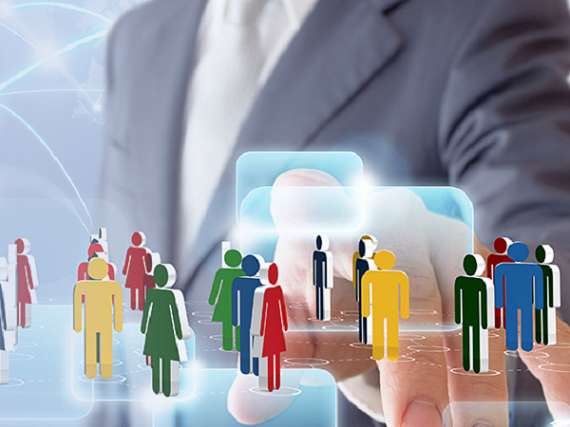 Despite being around for decades, enterprise communication and its legacy infrastructure has seen little technological advancement over all these years.

Unify Square, a provider of software and services designed to monitor and manage Skype for Business in Fortune 500 enterprises, is a company that has taken advantage of that opportunity, and now it's added another $4 million to its Series B round of funding, it was announced on Tuesday. With the $8.2 million it secured back in February 2015, that brings the total round to $12.2 million.

Investors in the latest round include Microsoft, Bridge Bank, Stanford University and other original Series B investors, including former executives at Ariba, Yahoo and IBM.

Unify Square closed its Series A round in October of 2013, which was headlined by former executives at Facebook, Oracle and Isilon. To date, Unify Square has raised $26.2 million.

Founded in 2008, the Bellevue, Washington-based Unify Square provides a full-service set of software and services solutions to assist the enterprise with every phase in a Skype for Business (SfB) deployment, from strategy and planning all the way to end-user satisfaction.

"Despite the opportunity, there exists a level of back-end complexity that has the potential to create barriers to mass adoption, given the inherent complexity of transmitting high volumes of voice, video and data over enterprise networks which may not have originally been designed for this sort of extreme throughput,"  Sonu Aggarwal, CEO of Unify Square, told me.

"Also, because of the intense focus on the cloud and Microsoft’s increasing emphasis on its Office365 cloud offering with Skype for Business as one of its newest suite members, the potential for high stakes hiccups is magnified."

Unify Square also provides analytics and diagnostics products, which allow the IT Pro charged with running and maintaining the SfB system to "identify SfB-related system issues in a customer environment before they become endemic and to thereby keep SfB highly available for the end user."

The company targets and works with nearly 50 of the top Fortune 500 enterprises to help ensure successful deployments of Skype for Business. A few notable customers include, AT&T, Deutsche Telekom and Unilever.

"As enterprises increasingly see the opportunity for cost savings and boosts in productivity with SfB, the UC platform is expected to become one of the top global enterprise telephony solutions as soon as next year," said Aggarwal.

"We are helping to accelerate this adoption. Because of our intimate knowledge and deployment track record, customers trust our products & services to help guide them through deployment strategy and approach, user adoption and ongoing maintenance and management."

While there are others in this space, there are a few things that help Unify Square stand out, the first being its deep specialization in Microsoft UC technology, as well as its extensive track record of successful deployments and comprehensive enterprise-grade offering.

"Not only do we address every phase in SfB deployments, but we also leverage big data predictive analytics as well as automation technologies to drive operational efficiencies and inform business intelligence. No other provider can match this breadth and depth of SfB support and expertise," said Aggarwal.

And that translates into high return on investment.

"Investing in any enterprise UC platform is an expensive undertaking and IT planners are under intense scrutiny to demonstrate ROI. One of the biggest challenges, and primary culprits in non-materializing ROI, is end-user adoption, or lack thereof," he told me.

With this latest round of funding, Unify Square plans to use it to enhance its software and support for its  existing five million customers seats. It isalso heavily focused on innovating new cloud-based solutions to help enterprises achieve greater Skype for Business flexibility and enterprise-grade security with cloud and hybrid models.

"Unlike the normal 'start-up' model, the Unify Square business model isn’t about 'disruption' as much as it’s about a return to 'tranquility.' By introducing the SfB platform into the marketplace back in 2007, Microsoft already set in motion a long-term disruptive cycle as the old-school enterprise PBX systems are gradually replaced by the new UC systems such as SfB," Aggarwal said.

"Although enterprises are embracing this disruption because of the extremely compelling cost savings the IT department charged with successfully implementing the change is finding that it often lacks the tools, experience and product/domain expertise to emerge as the full heroes which they would like to be seen. Unify Square wins big by continuing to innovate with products and services that help IT to turn the large and complex SfB adoption process info just another normal day at the office."