Facebook breaks down laughter, do you lol or haha?

Older people and the South use lol, while younger people use emojis and the West Coast uses haha 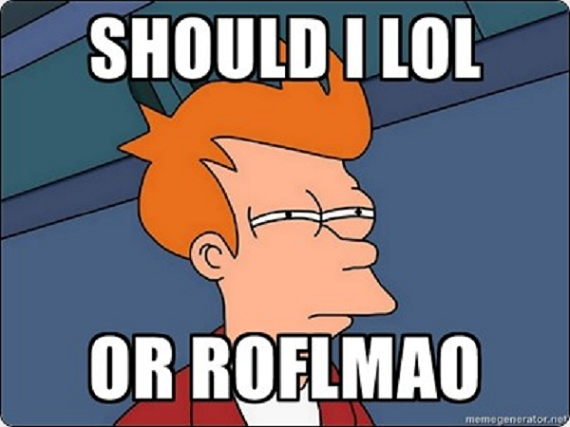 As evidenced by the fights I have gotten into with my girlfriend, sometimes the things you say online are read quite differently from the way you intended them. That is why there is always the handy "LOL" or  'HAHA" to show that, hey, you're just joking! Honestly, I find these laughter punctuations to be a little strange, frankly, and I feel like a fraud when using them because, 90% of the time, I am not actually "laughing out loud."

Did you ever wonder, though, who uses which type of laughter? Is it different for men versus women? Is it different depending on where you live? Now Facebook has the answers to those questions.

The company released a new study this week called, "The Not-So-Universal Language of Laughter," inspired by an article from Sarah Larson of The New Yorker, in which the company broke down how we laugh in a new number of different ways, including age, gender and geographic location.

First it took a look at the most import statistic: how much are we "laughing" on Facebook? Not much, it seems. The company found that 46% of the people posted only a single laugh during the week, and 85% posted fewer than five laughs. Why so serious, people?

When it came to the type of laughs, people also don't like mixing it up, as 52% of people used a single type of laugh, and roughly 20% used two different types.

Now here's the good stuff: when it comes to the type of laughs we are using, "Haha" wins easily over "lol." Like, it's not even close.

"Haha" was used by 51.4%, while "lol" was used by a startlingly low 1.9%. Why no love for the "lol"? It was even beaten by the slightly creepy "hehe," which just makes you sound like you're doing a Michael Jackson impersonation.

Coming in strong were emojis, which had 33.7%. I've actually started using these as well, since they mix up what have become somewhat stale variations on the same thing. 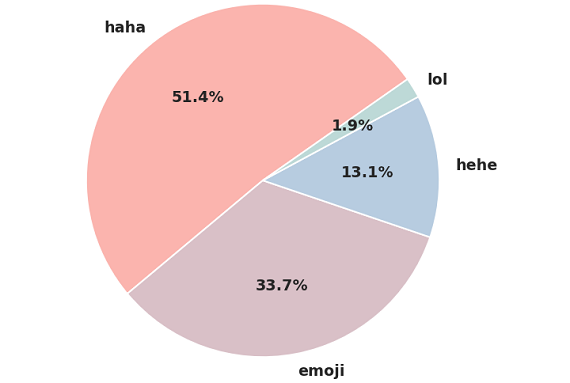 Obviously there are many variations on some of these types of laughter, Facebook combined them. So a "hahahaha" or "haahhhaa" was counted as a "haha." This is starting to feel a little, no?

When broken down by age, of course younger people are laughing more. Ah, the innocence of youth.

I'm not even 30 and I use "lol." Uh oh. I'm seriously going to have to rethink my entire Facebook laughing strategy thanks to this study! 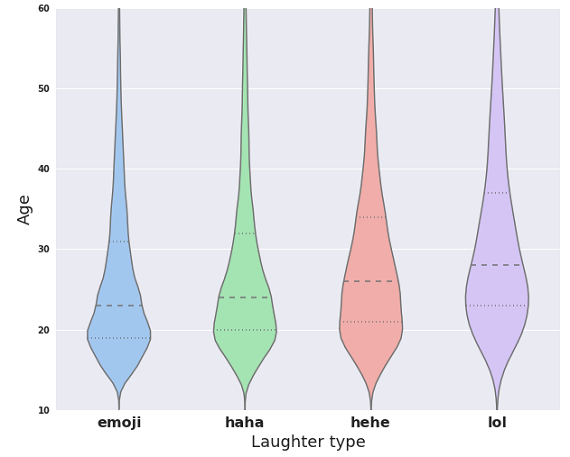 Also, "lol" is almost always left alone, probably because its actually an acronym, though "lolz" and "loll" are also sometimes used. Because people are dumb.

And now the part you've all been waiting for: do women laugh differently than men? The answer: not really! Shocking, I know.

Sure, women are more limely to use emojis, and men like to "haha" more, but we're about equal when it comes to "hehe" and "lol." Turns out we are all the same after all. 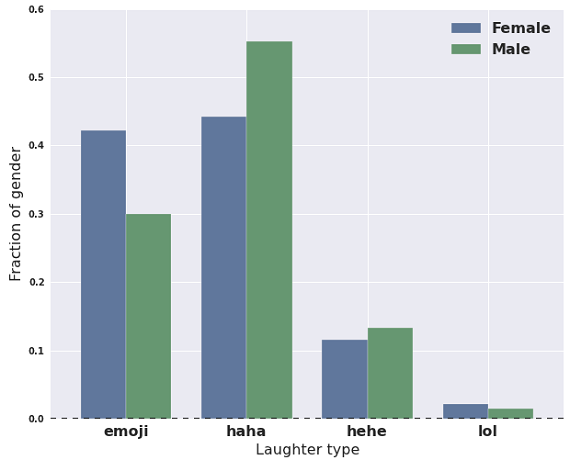 Well, actually not if you break it down by region. Us west coasters apparently love our "hahas" and "hehes," while the south loves to "lol." This truly is a divided nation. 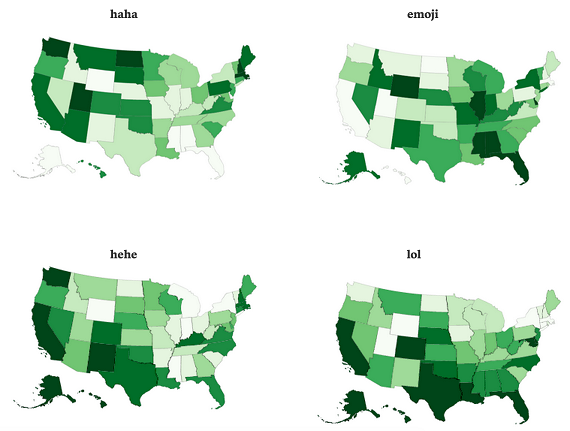 So there you have it folks, this is what laughter looks like on Facebook. I hope I made you "lol" or "hehe" a little, depending on where you live.

Shout out to VentureBeat for first noticing this.