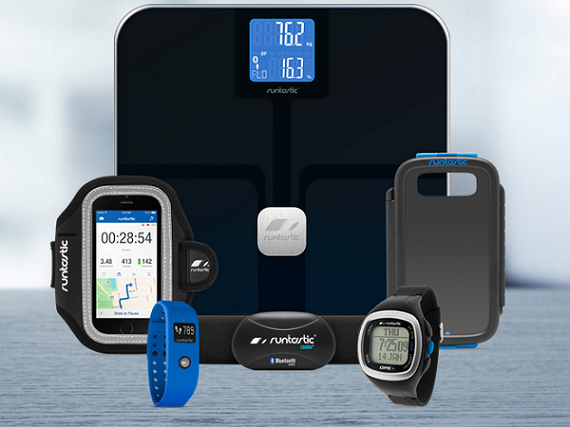 With the rise in wearables, it's no longer enough to just exercise on your own. Now its all about getting the most data, and connecting with other people to share progress. Accordingly, the major sports brands, including Nike, with its Fuelband app, and Under Armour, which purchased online and mobile health platforms MapMyFitness and MyFitnessPal, have gotten on board.

Now Adidas wants to expand its footprint in the space, and so it has purchased Runtastic, a company that offers products and services focusing on gathering and managing sports data and linking like-minded people, it was announced on Wednesday. The price of the deal was €220 million, or roughly $240 million.

The majority owner of the company has been Axel Springer SE, which had a 50.1% share. Other main shareholders were Austrian business angel Dr. Johann Hansmann and company founders Florian Gschwandtner, Alfred Luger, René Giretzlehner and Christian Kaar who will continue to run Runtastic within the Adidas Group.

Headquartered in Pasching, Austria, Runtastic provides a sports tracking and management solution that includes both hardware and software.

Its over 20 apps include a pedometer, an altimeter and a heart rate monitor. There are apps decided to mountain biking, push-ups, sit-ups, pull-ups, squats, leg exercises, butt exercises and a nutrition quiz. Its main app, Runtastic Me, syncs to the Runtastic Orbit wearable, which tracks sleep and fitness. It also sells a heart rate monitor, a running set, earphones, and an armband.

Runtastic has seen more than 140 million downloads and has around 70 million registered users.

For Adidas, acquiring Runtastic allows it to compete in the space against the other big names that have already been doing this for years.

"Digital technologies are providing new capabilities and insights to help athletes of all levels take control of their sporting destiny – whether improving their performance, sharing their experiences, or creating their own great social moments of sport," Herbert Hainer, CEO of the Adidas Group, said in a statement.

“This investment will add considerable value on our journey to deliver new world-class sports experiences. In addition, it offers the opportunity to grow a highly engaged athlete user base and leverage the power of our broad product portfolio."

For Runtastic, it gets to leverage Adidas' resources to help expand its services.

"With our new partner, we’ve found the perfect match when it comes to taking our business to the next level and ultimately serving our community members in even better and smarter ways," Florian Gschwandtner, Co-Founder and CEO of Runtastic, wrote in a blog post.

"At Runtastic, we already have a lot of knowledge when it comes to apps and digital technology – and with Adidas Group as our trusted counterpart (and one of the most successful and most comprehensive sports companies in the world) there’s nothing we won’t be able to do when it comes to health & fitness offerings."

Going forward, Runtastic will remain as its own entity within the Adidas Group. It will continue to operate from its current offices in Linz, Austria, Vienna and San Francisco.

The only difference for Runtastic going forward, Gschwandtner said, is that "as a business, we’ve now got a whole new world of possibilities to play around with."

This is not Adidas' first foray into the wearables space. It already offers the miCoach and Fit Smart devices.