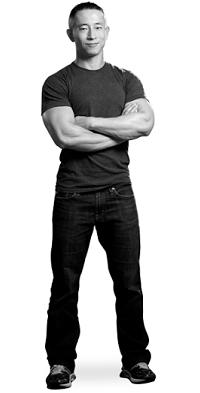 Ben Ling is an investment partner at Khosla Ventures.

Ling has served in senior operating roles at Google, YouTube and Facebook. He also is an active angel investor with early stakes in Fab, Square, Palantir, Quora and PracticeFusion. Further, he serves as an advisor to both Pinterest and Pulse.

While at Google, he served as senior director of search and local business products, which included overseeing Google Images, Videos, Books, News and Finance. At YouTube, Ling was senior director of partnerships and platform, where he was responsible for music, movies, sports and news, as well as mobile, television and API partnerships. In his first role at Google, he was the founder and general manager of Google’s commerce group, which includes Google Wallet and Google Shopping.

At Facebook, Ben was the first director of the Facebook platform and oversaw the development of the company’s developer ecosystem. He also led product, marketing, developer operations and partner solutions. Ben played a crucial role in developing Facebook Connect, which helped grow Facebook across the web.

Ben Ling: I’m interested in anything that is amenable to a technology solution. If you look back over the last 10 years, or even just the past five, technology continues to drastically change how we live. In the 90s, most people didn’t even have cell phones, and today, people are upset when the car they called with a handheld computer takes more than five minutes to arrive.

There are so many things we have yet to even imagine that will be disrupted by technology. There are so many opportunities: specific categories include consumer, mobile, marketplaces, SaaS and consumer health businesses.

BL: One is Academia.edu. Before, academics who would spend years doing research would run up against the challenge of finding colleagues to expedite the peer review process and then they would publish in a near vacuum. Academia.edu has created a marketplace so that ideas and innovations can be more readily shared with the academic community, which will then influence science and medical innovation - really powerful stuff.

I also invested in Tapingo, which is revolutionizing mobile commerce, starting with college campuses and starting with food pickup and delivery. Tapingo is on over 85+ college campuses, and one-third to half of the student body uses it every day to order food. The average graduating senior on Tapingo has used it 500 times! And now, they are delivering food to students. What’s exciting is that Tapingo is creating the mobile commerce habit at a young age.

Canary has built a really simple home security system that doesn’t require installation or any hassle to begin using. They have married product and design in a beautiful and elegant way.

Another is Zenefits, which has revolutionized HR. Onboarding employees used to take a lot of time, and they’ve completely streamlined the process making it so that companies can get back to the business that their in, and HR people can focus on culture and other important aspects of team building.

BL: The team is the most important thing. Successful startups rarely follow their original plans. Founders and the first few hires create the environment that help drive product development process and determine all future hires. Companies become the people they hire.

BL: I studied EECS at Berkeley and went on to get a masters and PhD at Stanford, also in CS. At Google, I focused on commerce and started Google Wallet and Google Shopping.

The world changed when I was at Facebook and we started Facebook Platform and people were able to build businesses with APIs. The team there built Connect which you now see everywhere. I eventually went back to YouTube and worked on partnerships and platform for music, movies, sports, news, mobile and TV, then back to Google Search on Images, Videos, Books, News, Finance and Local.

I invested for years before joining KV, so it was a pretty natural evolution to go from operating roles to investing and advising CEOs who’re going through some of the same challenges of building a business.

Now I get to work with brilliant founders who are trying to make a dent in the world everyday.

BL: We have a seed fund and a main fund. All together, our active funds are over $1B.

BL: For Khosla Vventures, it’s a pretty big range, from 500,000 to over $30 million. That said, I personally focus mainly on early stage companies.

BL: We’re relatively early into both of our latest funds.

BL: We follow on regularly in companies that we invest in.

BL: I personally mainly invest in mostly seed and Series A rounds, and sometimes Series B.

BL: There’s no formula or precise answer to this. Neither KV nor I limit ourselves to a certain number of companies. We’re looking for disruptive ideas.

BL: At Khosla Ventures, we believe in providing the best possible assistance to entrepreneurs as they build their business. It’s easy to get funding but getting good advice is much harder, not to mention knowing who is qualified to give that advice.

We have a lot of seasoned senior operators on our team who have real life experience building companies at all levels. We’ve done our job if an entrepreneur and their team is able to make the opportunity for the company even bigger than they initially imagined.