Longer lifecycles, competition from bigger phones and little innovation are taking their toll 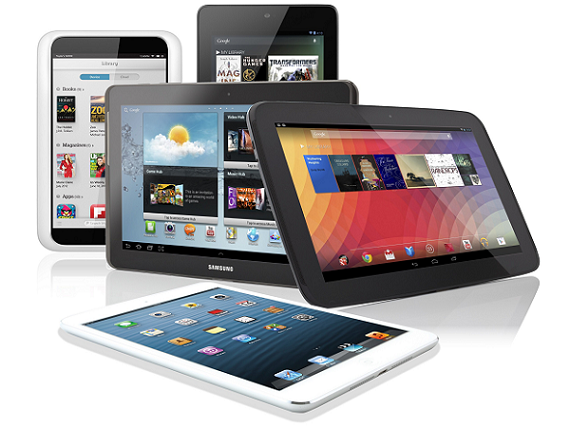 I think its safe to say that things are really not going well in the tablet market right now. In fact, you might even go so far as to say that they are in free fall. This development is fairly new, having only started at the end of 2014, but it's hard to say its very surprising.

For third straight quarter in a row, the worldwide tablet market has declined year-to-year, falling 7% from the second quarter of 2014, according to a report out from market research firm IDC on Wednesday.

Things are going in the absolute wrong direction for the tablet market, as shipments have now fallen by a higher rate in each consecutive quarter: there was a decline of 5.9% in the first quarter of 2015, and a 3.2% decline in the fourth quarter of 2014.

In all, shipments totaled 44.7 million in Q2, down from 49.3 million in the same quarter in 2014. At that time shipments had grown 11% year-to-year. What a difference a year makes.

There was also a marked decline quarter-to-quarter, with shipments falling 3.9% in Q2, compared to the first quarter of 2015.

Of course, the two vendors that were hit the hardest were the two biggest ones: Apple and Samsung. Apple shipped 10.9 million units, down from 13.3 last year, a decline of 17.9%. Samsung shipped 7.6 million, down from 8.6 million, a decline of 12%. They are still, by far, the two largest vendors, accounting for 45% of the market and with their closest rival, Lenovo, coming in third with only 2.5 million units shipped. Being on top, however, also means they have the farthest to fall.

There was growth among the smaller vendors, including Lenovo, LG and Huawei, indicating that "the vendor landscape is indeed evolving," Jean Philippe Bouchard, IDC Research Director for Tablets, said in a statement.

Growth among these smaller vendors, though, is not enough to offset the declines the market is seeing. So what exactly is happening here to cause the tablet market to see such a huge drop so quickly? One obvious reason could simply be market penetration has been reached, but IDC points to a few other problems that could be responsible.

One is that tablets have a longer lifecycle than a cellphone, which means that people can upload new operating systems on them. Think about how often you get a new laptop as opposed to a new phone. Some people get a new iPhone every year, I typically get a new one every two years. I only buy a new computer every four or five years though.

Another issue may be that Apple, with the release of the larger iPhone 6, may have begun to compete against itself. The issue most people have always had with the iPhone is the size of the screen, as opposed to the iPad. Of course, the bigger iPhone is still nowhere near as big as a tablet, but it may still be big enough for some users to feel like they don't need to shell out extra cash for another device.

"Longer life cycles, increased competition from other categories such as larger smartphones, combined with the fact that end users can install the latest operating systems on their older tablets has stifled the initial enthusiasm for these devices in the consumer market," Jitesh Ubrani, Senior Research Analyst, Worldwide Mobile Device Trackers, said in a statement.

All is not lost, though, as he believes that "newer form factors like 2-in-1s, and added productivity-enabling features like those highlighted in iOS9," might mean that vendors will be "able to bring new vitality to a market that has lost its momentum." 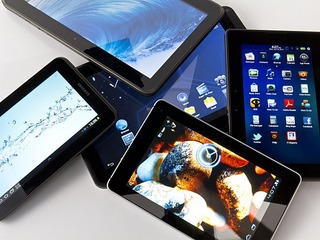 Tablets are on the decline for the first time ever!