Michel invests in marketplaces and payments, with companies such as Move Loot, Wanderu and TalkSpace 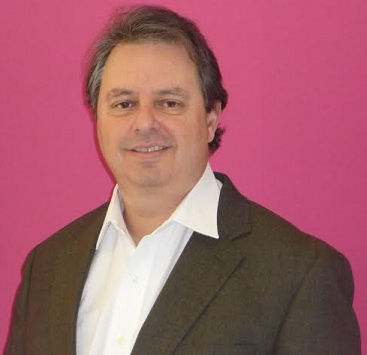 Marc Michel: The category we have been most interested in, and focused on, over the last few years has been marketplaces. There is a big opportunity to organize a lot of businesses around the Internet, and there has been a real need of improving the entire consumer experience. The biggest that everyone thinks of is Uber, and they have done a phenomenal job of improving the customer experience, but there are a whole lot of other categories as well.

The most prominent we invested in was IndieGogo and we have done others since then, including Move Loot, which a used furniture marketplace, Wanderu, a travel marketplace, Upcounsel, which is a marketplace for legal services, and my favorite, which is Talkspace, which lets people connect and communicate with licensed therapists.

We have also become interested in payments. We have started to look at payments companies, and that is something I am personally interested in, including lending platforms the bitcoin ecosystem, and e-billing. We have invested in Transactis, Symphony Commerce and Fuse Networks.

Payments is at the core of everything. It's a gigantic industry, to begin with. one of our first investments. One of our first investments was Transactis, which is an end to end payment processor, and we learned a lot about how the payments infrasttructure works. We felt like very few others VC share that domain knowledge, and we are leveraging that into oppprtunities for the fund.

MM: With the exception of Indiegogo, where the market didn't exist, they co-invented crowdfunding with Kickstarter, so they weren't reinventing a preexisting market, all of the the other marketplace companies were all operating in very large markets, but ones being served by older technology. With Move Loot, before that it was largely Craigslist that people used, which was not a great experience, and had security risks.

Talkspace not only reinvented the way mental healthcare delivered, now primarily over a mobile device, but the way they were pricing the product allowed people to access mental health services in a greater and more frequent way. The company is expanding the market for mental health therapy by capitalizing on the unused time that therapists might have.

Patients pay $25 per week, as opposed to $150 hourly. So the patient gets access for the entire week for that amount.

MM: It might sound trite, but, first and foremost, we are looking for a special management team and entrepreneur. That starts with the CEO, who is the most important person, but companies are a team effort, so we are looking for a highly qualified and special team that can execute on their vision.

There's something about being in this business a long time, you get pattern recognition around highly qualified people, who are smart, driven and passionate about what they're doing. There are intangibles, like grit and perseverance, and hustle and cleverness. It's not enough to be smart, you have to be street smart in order to build a business against competitive pressure, limited capital and resources, lack of momentum and brand. It takes a special group of people to build something from nothing.

We also want to see that they are operating in a large market. We are trying to invest in cos that can become large enterprises, which is hard to do in small markets. Mental health, furniture, transportation, those all very large markets to operate in, and that makes it easier for an entrepreneur to build a very large business to be successful.

MM: I went to Emery University, where I earned double degrees in economics and business. I went to work for the Federal Reserve Bank right after school, thinking I'd go back and get a PhD. Instead I started to look for job on Wall Street. Eventually through connections I got a job in the tech underwriting business.

I then went to work for a startup group doing middle market buyouts. While we weren't really working with tech oriented companies, I did see entrepreneurs often build businesses from scratch, and that had a great appeal to me.

I then started a VC fund, which is no longer in existence, which I founded and ran for a number of years. I built that into a $500 million fund. I became an angel investor for a number of years until Metamorphic Ventures was founded in 2008. That was not one of the best times to found a new business, given the economy, but we eventually got off the ground and started investing.

I also started a company, which still around, a medical data and record company that became big and successful. I also got operating experience at Merril Lynch.

I think what I love about venture is that it really asks me to be multi-skilled in a variety of areas. I find myself being a psychologist, helping coach entrepreneurs through their ups and downs. What I really love the most is playing rabbi to the entrepreneurs I work with.

Some of them have even scheduled regular hours with me, so we talk once a week, or every other week, about what's going on, like strategy issues or capital issues. Talking about culture is something they appreciate the most. It's never easy to build a team and a strong culture. Firing someone, for example, is never an easy thing to do, even if it is often the right answer. Being able to talk through it, whether a person is salvageable or not, and if they should upgrade the position. I often get involved, if its senior management, meaning its going to be in the top five roles of a company, they might ask me to interview the remaining two or three best candidates. Many of them find that helpful.

This builds trust, and my objective with everyone I deal with in business is to build trust. They know I'm going to keep the conversations confidential, and that I will give them by best advice. Most of them end up building deep trust relationships, and tell me things they might not tell the other VCs, like what's troubling them, what's working and what's not. They don't want to seem confused in front of VC investors but it is very helpful ti deal with problems early.

A number of founders, even though I've stepped off the board, continue to schedule regular meetings to talk about things. I even have a founder who exited who comes to talk. I enjoy doing it, its not an imposition.

I also also love the strategic element of being a VC. I have to have knowledge and expertise in all disciples, which is unique in a lot of business professions. I'm not a specialist, I get a lot of variety of. I also like that im thinking about lots of businesses and industries, how they can be reinvented, and not one narrow thing.

Also, even if I don't fund them, I meet spectacularly talented people every day. Its a fun profession.

MM: We are about two-thirds through the fund.

MM: We invest in seed through Series A.

MM: We are averaging 10 to 12 seed investments per year.

MM: I think the firm is known for having a fairly strong network of execs, in development and recurring sales. Chunks of our LP base are operators that we call on every day to help look for opportunities and help the portfolio companies. We have a network of about 60, and that seems like a large investor base to manage and it is, but I prefer to have it.