The company sublets office space, along with furniture and Internet, to budding entrepreneurs 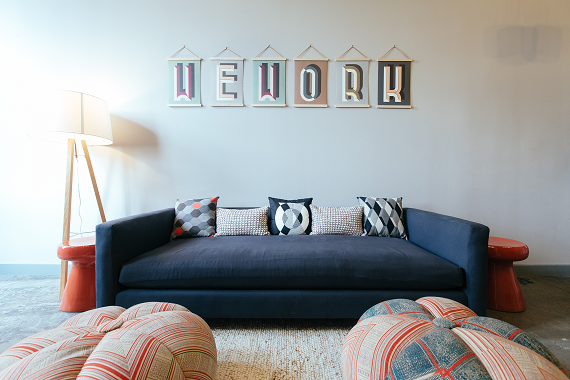 As anyone trying to live, or work, in the Bay Area can tell you, the rent is too damn high ( does anyone remember that guy? Or was that just a New York thing?). So what's a budding entrepreneur, without much money coming in to do?

One thing they can do is turn to WeWork, a company that sublets office space, along with amenities, including furniture and Internet, and other additional goodies, to budding entrepreneurs.

The company has been raising a lot of capital lately. Fresh off of a $355 billion round in December, which valued it at $5 billion, the has now raised another $434 million in funding, according to a filing with the Securities and Exchange Commission on Tuesday.

This means that the round is now larger than the $400 million that the company had previously announced at the end of June, which came from Fidelity Management and Research Company, along with funds and accounts advised by J.P. Morgan Investment Management Inc., funds and accounts managed by T. Rowe Price Associates, Inc., clients of Wellington Management Company, The Goldman Sachs Group and Benchmark Capital. Any additional investors in this latest round were not named in the filing.

The first is a hot desk which is an unassigned desk in a large open area. Personal items must be taken home at the end of the day.

It also offers a shared desk, which is a dedicated desk in a private office with other members. These spacs are typically in a four to six person office and they come with a lockable filing cabinet. There is also a labs desk, which is an assigned work space in a large open area shared with many others. It also comes with a lockable filing cabinet.

Finally WeWork provides private offices, which are fully enclosed, lockable space built for a team of one to 10 people, or more.

WeWork offices include desks, chairs, desk lamps, and lockable filing cabinets, as well as hard-wired ethernet connections, along with access to WiFi. private ip addresses and server storage are available at an additional cost.

In addition, offices come with conference room credits that correlate with the size of the office size, and at least one multi-function copier/scanner/printer. A membership comes with 120 black & white and 20 color prints, or copies, per desk.

They also come with other amenities, which can be anything from an XBox console to meditation rooms, pool tables to beer kegs, even bocce ball courts and karaoke rooms.

Most importantly, it allows members to connect with other members through our online community, which now encompasses over 25,000 members.

The company states that its mission "is to create a world where people work to make a life, not just a living."

"There has been a macro shift towards a new way of work — one focused on a movement towards meaning. WeWork is accelerating this movement," it says.

The company, which is based in New York, has coworking spaces in both the United States, and overseas. There are spaces in Austin, Berkeley, Boston, Chicago, Miami. Los Angeles, New York City, Philadelphia, Portland, San Francisco, Washington, Israel, the Netherlands, and the United Kingdom.

VatorNews has reached out to WeWork for comment on the new round. We will update this story if we learn more.

Dan Primack at Fortune first revealed the filing in a tweet on Tuesday.