The company is ordering supplier to make 85 to 90 million iPhones in preparation, a record number 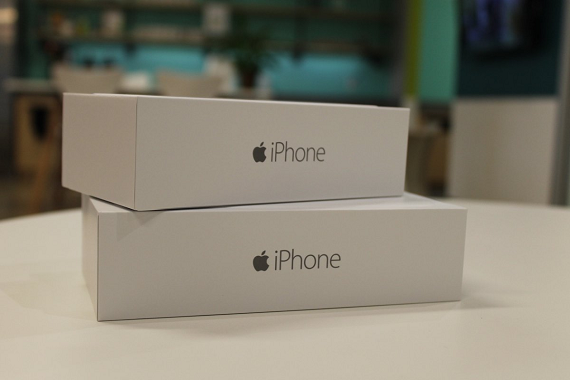 There's a couple of new iPhones that are going to be coming out soon, but you already knew that, right? There seems to always be a new iPhone coming out. This time, though, Apple seems especially confident this time around that there is going to be huge demand for its product.

The company is scaling up production of its upcoming release, asking supplier to make more  total units of the two new devices than ever before, according to a report from the Wall Street Journal on Wednesday.

In all, between 85 and 90 million iPhones will be made by the end of this year. For comparisons sake, last year Apple ordered an initial production run of 70 million to 80 million for the iPhone 6 and iPhone 6 Plus, its first larger-screen iPhones, which was a record at the time.

There are going to be so many phones that need to be made, in fact, that the company's two existing assemblers, Hon Hai and Pegatron Corp, likely can't handle the load. They could barely keep up with the demand last year, causing delays and long waits. So Apple is considering adding a third assembler, Wistron Corp.

This information about the increased order size came directly from Apple’s suppliers, the Journal said.

So why is Apple so confident about the new release? That's an interesting question, because it doesn't seem as though there will be that much that's new and different about these phones.

They wil have 4.7-inch and 5.5-inch displays, which are the same as in the iPhone 6 and iPhone 6 Plus. Screen resolution is also expected to stay the same.

The phones are expected to come with Force Touch, a new type of touch pad that is pressure sensitive, which it announced earlier this year. That means the phone doing different things depending on how hard a user pushes on the screen. This feature is already available on the Apple Watch and MacBook laptop computer.

The company may also add a new color casing for the devices: aluminum.

This kind of release is what is described as a "tock," as opposed to last year's "tick." A “tick” is described as a big design change, like the bigger screens on the iPhone 6 models. A "tock" is a smaller update on those designs, along with a software upgrade.

That's why it is so interesting that Apple believes consumers will come out in ever larger numbers for these new devices. VatorNews has reached out to Apple for confirmation of this news, as more information about why it expects to see such high demand. We will update this story if we learn more.

Of course, given the mania that sweeps the nation every time there's a new iPhone release, they are probably right. In the first half of its fiscal year ending in September of 2014, Apple had sold 135.6 million iPhones, an increase of 43% increase year to year. The company reported that it sold more than 61 million iPhones in the first quarter of 2015.