With Edge, KPCB looks to put its focus on emerging technologies, and back onto founders 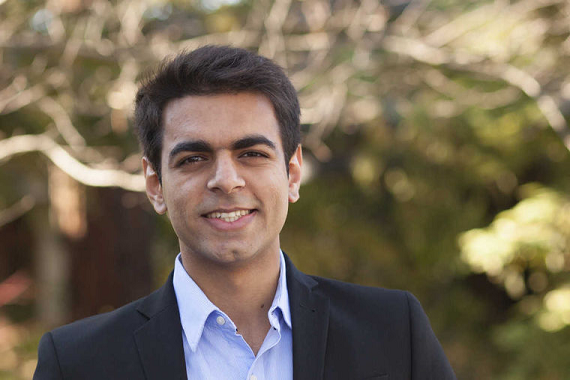 On Tuesday, venture capital firm Kleiner Perkins Caufield & Byers (KPCB) announced a new seed fund called Edge, with a focus on emerging software spaces, including virtual reality, drones and blockchains. The fund was said to be software focused, but, more importantly, focused on the founders of the companies as well.

I was able to speak to Anjney Midha, one of the partners at KPCB who is leading Edge, about what the mission is of the new fund, and what inspired the firm to go after these verticals.

KPCB is no stranger to making seed investments. It's not the firm's overall area of focus, but they have made numerous investments in early stage companies in the last year or two, including MODE, an internet of things platform; Spruce, an app for connecting patients and doctors; and Area 1 Security, a provider of cyber security solutions.

The firm, however, wanted to put a focus on new, emerging spaces, ones just getting started that would not have the more mature, later stage deals yet.

"The six areas were carefully picked. We looked for spaces that are truly emerging, but where I don’t think there are too many companies still that have figured out a generalizable model," said Midha.

"With areas such as drones and VR, founders can use all the help they can get, and Kleiner Perkins can help them navigate the ecosystem. All of these areas are going to be creating a lot of value for users, and KP has been lucky enough to work with founders in the past, who have proved that we can come up with common sense solutions. We want to be able to help folks out but in a way that made sense for the founders."

One thing that Edge looked for was the convergence of new infrastructure. With, Blockchains, for example, that are the distributed ledgers powering the bitcoin, allowing people to transact these assets without a central server.

"That is a core piece of technology, but you need a whole ecosystem around that, including exchanges that allow you to convert Bitcoin without volatility risk, which can be allowed when you have robust APIs to talk to the blockchain. You need all of those pieces to fall into place. With all six categories, we believe this is true enough for founders to be building interesting things," said Midha.

These are young spaces, but ones were the firm was finally starting to see quality founders with enough conviction to start to invest.

That, of course, meant that there other spaces that the fund looked into but were simply not mature enough at this time.

"There were some we ere excited about, but, at this moment in time, could use a little more time, and we wanted to view more developments before investing," said Midha. "One of those was bionic integration, or tech that works inside the human body that allows for truly interesting applications that augment the human anatomy, like truly understanding how the mind and brain works with other organs, and other anatomical processes. This is one I watch quite carefully."

There are also various various categories inside bionics that the fund could eventually invest in, such as contact lenses that do visual insertion, so they can replace computer screen, and enable seamless VR.

Right now, however, bionics needs some more time to mature, and the 'infrastructure in the bionics space still needs development.

Focus on the founders

One aspect of KPCB Edge that the firm made sure to emphasis was its focus on the founders, and helping to guide them.

Given the fact that the firm also does later stage deals, KPCB did not want to invest in seed stage companies without truly being able to service their earliest founders. Edge is an attempt to help begin to fix that problem.

"The problem with a lot of venture capital today is that,  as a fund raises more money, it doesn't make sense for the firm, economically, to do seed investing," he said. "It becomes hard to help founders out. Let's put it this way, when you are writing a $500,000 check, and you are writing a $9 million check, where are you going to spend most of your time? It's not only about attention, but also about where allocate your resources."

Edge is a way of telling the founders of these companies that they will not be forgotten, or left in the cold.

"If you want to do seed investing, and you want a way to back the best teams in cutting edge spaces, this is our way way of saying that if you need seed stage funding you will get 100% of the team's energy and time."

Edge also looks to make company founders comfortable by using as founder friendly terms as possible; that means no speculative valuation, no pro rata rights, and no additional governance clauses.

"The seed stage, and the areas we're focusing on, investment decisions are binary. You have conviction or you don’t. Putting a speculative value on a company is meaningless when all you have is the team. We don't have conviction to put speculative value on that company because we either believe this team can create something meaningful or not. Often, it can be uncertain if the company will even look the same in 18 months," Midha said.

"With most investors, they issue terms that place a value on the company. 'Invest, and my money is going to buy X percent. If we believe your company is worth $80 million, will give you $20 million, so we own 20%.' That fundamental assumption is speculative at that stage. We give them an uncapped note. There is no speculative price on the company; what you're getting is our money with conviction. Then, when you raise the next round, see what the company looks like from a revenue standpoint, and from your business model. You go to investors, and then our convertible notes may convert to equity at that price."

Working with founders in this way helps forge trust, he said, and shows that the firm believes in the company it is backing.

"We say, 'Here's some seed capital. We're not going to tell you how to run your company, because I don't think anyone knows how to yet.'"

A big part of this attitude comes from Midha's own experience trying to raise funding for his own startup when he was still in school. Born in India, he joined the firm as its youngest partner in late 2013, and before that, he led the Dorm Room Fund at Stanford.

Prior to that, when he was still a sophomore at Stanford, Midha founded his own enterprise software company.

"We tried to raise some seed money, and it was absolutely the worst experience. It took two months to schedule our first meeting, and we got a call an hour before that they canceled and the next appointment was a month away. That was the start of a long grueling process, where VCs would meet with us, and say, 'Here's how to build your company. You should drop out of school.' And we would say, 'We want to stay in school, and get the best people we know to work with us.' It was a terrible experience and we put the company on hold because we got tired of managing that and having a full course load."

Midha then met Phin Barnes of First Round Capital, who got him to become part of Dorm Room fund, given his experience as a student founder. He then met Mike Abbot, General Partner at KPCB, while trying to get him to be a mentor for Dorm Room Fund, but who wound up giving Midha the chance to come work at his firm.

Now Midha has the chance to give other young founders the opposite experience of what happened to him.

"The whole point, and what gets all of us up in the morning, is the primary question, 'If we were going out and raising capital, what would we want from our investors?' We have a white board, with the saying 'What is the founder's UX (user experience)?' We think of the founders as users of our product," he told me.

"I don’t know why more VCs don’t think of it this way. Founders ask, 'Why should we go with you as a partner?' But we have to think about own product as something that customers should have a beautiful experience with. All of the decisions we make, we need to answer the question, 'Is the founder having a beautiful experience?'"

There will also some set aside for follow-on, meaning if a company needs a little more capital than the rest, say another $100,000 to $150,000, though the fund will not be investing in any later stages. The fund has been meeting with companies for last 2 months, and has already invested in four of them, though none of those investments have been made public so far.

There are also two other partners running Edge: Engineering Partner Roneil Rumburg, who came to the firm from Bitcoin payments company Backslash; and Product Partner Ruby Lee, who previously worked at Google, where she helped launch Project Fi.

Rumburg and Lee both have equal say on what companies are invested in, Midha told me.

"When a company comes in, that means they are meeting people with different skill sets. We come at it from a tech, product and financing standpoint," he said.

"My training is in biomedical informatics and I try to help where large amounts of data are involved. Roneil ran a Bitcoin company, so if a blockchain company comes in we have someone who worked with that stack not that long ago, and knows what its like. There are not too many other VCs you could meet with that have that experience. And Ruby, worked on the Chrome team and on Project Fi, which is a new telecom carrier service, which is challenging big players in the space. Not many other VCs can say they recently worked on something like that either 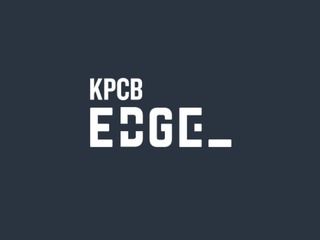