The company has tripled its volume in the last six months, is now delivering 3M meals a month 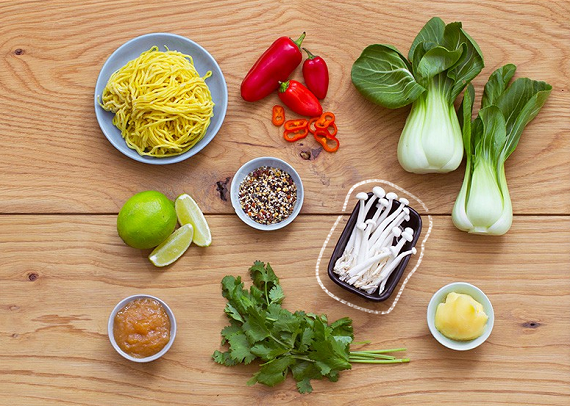 Like most people, I believe, I enjoy cooking, but I hate the before and the after. I simply don't enjoy food shopping, though I still like it a whole lot more than the cleaning part, which is almost enough for me to never cook again.

Blue Apron is a grocery delivery service company that delivers a recipe and the required ingredients right to their customer's doorstep. And it just raised a big new round of funding.

The company has raised a $135 million round, it was announced on Tuesday. It was led by Fidelity Management and Research Company, and included participation from Blue Apron's existing investors.

Blue Apron had most recently raised a $50 million round in May of last year, and this latest investment brings its total venture capital to $193 million. Previous investors include Stripes Group, Bessemer Venture Partners and First Round Capital. The company is now said to be valued at $2 billion.

The online food subscription delivery service offers two types of plans; one is its 2-Person Plan, with one delivery a week, each with three recipes and the corresponding ingredients pre-portioned for two.

"Blue Apron wants to change the way America eats. For many people, cooking can be inaccessible. Whether it’s a lack of time, a lack of confidence or desire, or lack of access to fresh, seasonal ingredients," Matt Salzberg, Founder and CEO of Blue Apron, told me. "Many people want to cook, but don’t know where or how to begin. Blue Apron wants to change that and make incredible home cooking accessible to everyone."

The company is called Blue Apron "because chefs around the world wear blue aprons when learning to cook, and the blueapron has become a symbol of lifelong learning in cooking," he explained. "We encourage this lifelong learning by introducing customers to new ingredients, flavors and cooking techniques with every recipe we create."

The idea of being able to create home-cooked meals, without the hassle of shopping, is an appealing one and Blue Apron has been seeing big growth, having tripled its volume in the last six months. It is now delivering over 3 million meals a month to homes across the United States.

"Blue Apron caters to home chefs of all ages, demographics and geographies – from beginners who need Blue Apron to serve as a guide, to cooking pros who want to avoid the hassle of planning and shopping so they can spend more time in kitchen learning new recipes and techniques," said Salzberg.

The company says that it will use the new capital to scale its growing network of farms, suppliers, and fulfillment capabilities throughout the country. The company has forged exclusive relationships with hundreds of farmers and artisans, and, through these relationships, can collaborate with farmers to plan their crop rotation throughout the growing season.

This summer alone, Blue Apron says that it will purchase millions of pounds of produce directly from small, family-run farms who emphasize sustainable growing practices, with over 1 million pounds of specialty crops being planted and harvested for Blue Apron specifically.

In addition, Blue Apron also says that it will be developing custom fulfillment software tools and investing in automation.

"Blue Apron’s mission is to make incredible home cooking accessible.  We do this for home chefs every day by delivering the freshest, seasonal ingredients; recipes inspired by unique, hard-to-find ingredients and culinary traditions; and step-by-step instructions on our printed recipe cards and via our interactive online recipes," said Salzberg.

The food delivery space is booming, with multiple companies gaining funding, including many in the same subset as Blue Apron.

The two biggest of those are likely Plated, which has raised $21.4 million, including a $5 million round in January of last year, and HelloFresh, which has raised $193.5 million, most recently raised a €130 million ($147.4 million) round from Rocket Internet in February.