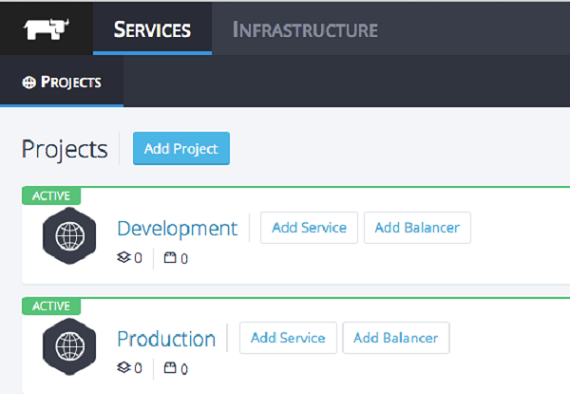 In recent years, there has been a rapid adoption of containers, and more specifically Docker, by enterprise software companies. A container is an isolated, virtual server, that doesn't require the overhead that virtual machines. Docker is a run time environment for containers, one that has been downloaded 200,000 times.

Rancher is a company that not only sees containers as a big shift in how computing will be done, but one that believes that Docker will be leading the way in that revolution. After seeing gaps in how developers were both scaling, and implementing, Docker, it has developed Docker infrastructure software, helping to fill in those gaps.

The company has also started getting some attention from venture capitalists, announcing on Tuesday that has raised $10 million in a Series A funding round. The money came from Mayfield and Nexus Venture Partners. This is the first funding Rancher Labs has raised since being founded in September of 2014.

Rancher Labs was started by Sheng Liang, co-founder and CEO, and Shannon Williams, co-founder and Vice President of Sales and Marketing, both of whom were among the team behind Cloud.com, maker of the Apache CloudStack software, which was acquired by Citrix in 2011.

"We have been involved with cloud computing for the last six to seven years, and before Rancher we were involved in helping all kinds of organizations on both public and private clouds," Liang told me in an interview.

And what was that, despite a lot of effort, the industry was not able to challenge the dominance of Amazon Web Services and VMWare. Until Docker.

"We saw that Docker was radically differentiating, unlike early cloud initiatives, which pushed top-down to result in cost savings or efficiency or standardizing developer adoption," he said. "We believed it could be next the next major production platform for major applications."

And yet, problems remained, especially as applications began to scale.

"We were talking to early adopters and early users and we realized there was quite a big of gap. That it was easy to use for developers, and dev-ops team, but when it comes to really running Docker in production, they run into some of the same issues as in the past, including scalable infrastructure."

That is where Rancher comes in. It is s a container infrastructure platform designed to fix these problems by running Docker containers in production.

Rancher provides two services: Rancher, its software platform for orchestrating Dockers on any infrastructure, and RancherOS, a minimalist operating system designed to run Docker exclusively. Its main users are organizations that are starting to deploy apps into containers, Williams explained.

"As companies start to look and see if they want to run in containers, that is happening locally. Very often the first part of the journey doesn't take place anywhere but on a laptop. When they have to move production, manage the app, upgrade easier, and scale the app better, then they start to think about where this will run, and on what kind of infrastructure," he said. "Rancher is used by dev opp teams as they start to take the app from the laptop, and run it in a public cloud, and in company data centers."

The platform takes provides all necessary infrastructure services to launch, as well as to back up data, and scale it up, and makes it easy for organizations to to collaborate, including with their own existing services and tools.

Part of the funding will go toward expanding this aspect of the business, Liang said.

"As we start to bring the product to market, what happens is there are certain directions we need to go to integrate with existing technologies. We have a good foundation, one that is very solid, but what happens is harder from the initial deployment process. Usually initial product developers are done quickly by a small team," he said.

"As we start to engage larger customers, some have the desire to leverage existing infrastructure they know and love, including enterprise grade storage, and networking, as well as some of the more established load balance vendors."

To accommodate these customers, Rancher will be integrating with more existing systems.

The company will also use the funding to help build out its team. With 20 current employees, it will be adding to its engineering and development teams, though Liang would not give a specific number as to how many Rancher is planning to hire.

Ultimately, the company's goal is to give control back to the developer, so they can go and make the apps they want to make.

"This is something we spend a lot of time thinking about. We are very focused on infrastructure and we are not entirely happy with state of infrastructure today. We've come a long way, if you look at the space as a service there have been a lot of benefits to users, but it also brought in a lot of downsides that didnt exist before," Liang said.

"It's easier than its ever been, but there are much fewer choices, and developers are more locked in than ever. If you go with AWS, it has such a dramatic impact that developer design apps to the behavior of the vendor," he said. "Vendors like Amazon are great, as they have created so much opportunity, but they have co much hold that I'm not sure it is sustainable, or that it is great for users and developers."

Liang believes that Docker will evolve and get richer over time, until it is actually bigger than AWS.

"That's where Docker is going to play a role in changing dynamics, since it is a portable application that runs on any cloud. When combined with Rancher, it will basically provide developers a lot more freedom and power in how they can develop their apps." 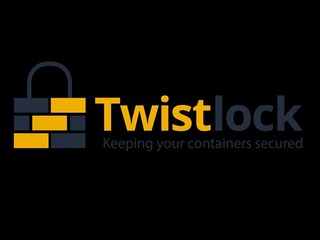