It costs $9.99 a month and is a music streaming app, a radio app and a social network all in one 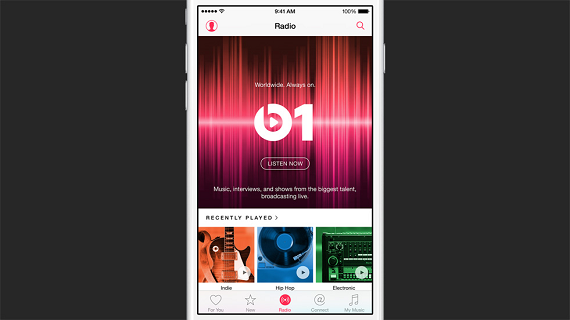 It's the announcement we've all been waiting for, ever since Apple decided to purchase Beats Music last year. We all knew it was coming, and the wait has been excruciating.

Rather than just make a copy of other music streaming services, Apple did what it usually does: make it more interesting, and complex. In fact, it could be argued that Apple Music is actually threee different types of services in one: a music streaming app, a radio app and a social network.

One aspect of the service consists of a music recommendation engine called, "For You," which recommends playlists and albums based on a user's previous iTunes purchases, as well as what kind of music they like. It also features streams which have curated artists, including Pharrell and Drake.

Apple Music also includes a radio service, called Beats 1, which will broadcast live to over 100 countries. It is a 24-hour stations, led by DJs Zane Lowe in Los Angeles, Ebro Darden in New York and Julie Adenuga in London. Programs on Beats 1 will offer exclusive interviews, guest hosts and the best of what’s going on in the world of music.

The third component is the social aspect, called Connect, which allows fans to connect directly with artists, who can share lyrics, backstage photos, videos or release their latest song. Fans can comment on or like anything an artist has posted, and share it via Messages, Facebook, Twitter and email. And when you comment, the artist can respond back directly.

“We love music, and the new Apple Music service puts an incredible experience at every fan’s fingertips,” Eddy Cue, Apple’s senior vice president of Internet Software and Services, said in a statement. “All the ways people love enjoying music come together in one app — a revolutionary streaming service, live worldwide radio and an exciting way for fans to connect with artists.”

The service costs $9.99 per month, and it comes with a three month free trial period. Apple is also offering a family plan, where six members can get access for a flat $14.99 per month.

Apple bought Beats last year for $3 billion to get into the music streaming business, one that, as I'm sure you know, is very crowded. There is a lot of competition, most notably from Spotify. This actually give Apple two streaming services; in 2013 the company launched the Pandora-like iTunes Radio, or "iRadio."

Given that Apple Music also has a radio function, though, perhaps iRadio is not long for this world.