There's an entire new generation "re-envisioning the world," said Mike Jones, Founder of Science, a tech studio for startups, in an on-stage interview with Vator Founder Bambi Francisco at Vator Splash LA 2014. This re-imagining of businesses through the lens of technology is helping to create these new technologies, he said, referring to the startups (from those changing indoor lighting and gardening to operating systems) presenting on stage at Splash. "All these companies are logical," he said.

Jones participated in Splash for an Office Hours segment, in which he gave feedback about the startups presenting, but also shared insights and advice to startups in general.

Again, we're sorry for the delay in getting these videos published. But the content is still rich and awesome.

On weathering the storm between seed and later-stage rounds:

Regardless of how easy it is to fund or not, everyone reaches this teenage awkward stage. At these points, founders have to take a sobering look at the cost and whether it's warranting the sales we expect. We see it quite frequently where companies are growing top-line and bottom-line in equilibrium. And as much as we can re-envision the world, some things (like going after local businesses and making them more mobile) are just too expensive to build.

On why startups fail:

About 90% of failure typically relies on the execution ability of the leadership. Great passionate entrepreneurs will try to get in front of problems. But at some point, all great entrepreneurs fail. As that saying goes: "If you haven't failed, you're not trying hard enough."

On focus, and the studio model vs accelerator/VC model:

We focus on things that touch millennials and in order to be good at that we also resource heavily on how you market to them. Some companies like Vine, Instagram, Pinterest - those are strategic companies for us to build those millennial breakout hits. As for the studio model, our goal is to build great companies. In order to create breakout hits, you have to have the operational budget. VC's don't have that budget. Generally, VC's can fund companies more or replace management, but outside of that they can't really help operationally. I want to have a lot of resources through the financial structure that is VC, but I can do that with the financial structure that is operational.

Generally, look at really big outdated industries that touch people's lives on an every day basis. Think of a wallet and think of how money comes in and out of that wallet. Uber takes a little bit of money when it flows in and out of the driver's and rider's wallets. So we think about startups that can inject themselves in those flows.

On establishing your startup in LA

For companies that provide strategic technical benefit to those companies in Silicon Valley, it's harder to be based in LA. If you think about the end game, M&A is thought of in a regional sense. The end buyer of certain companies is focused regionally. So startups need to think about where their potential acquirer is located. On the flipside, some companies can become big enough to stay in LA. As for the type of companies that could benefit in LA, we see mobile companies building mobile apps here because of Snapchat and Whsiper pioneering mobile tech. There's a lot of advertising spend so those kind of companies could benefit from being here as well. 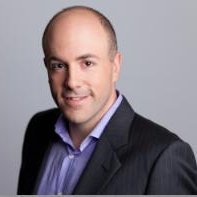