The LA tech culture and the talent pool challenge

After a record investment year in 2014, LA is expected to see another zenith year in investment flows. That's why civic leaders, University professors, philanthropists and tech startup influencers and investors got on stage at Splash LA 2014 to talk about how to best to ensure that LA's tech ecosystem benefits from the current boom.

[Editor's note: We're sorry for delay in publishing this video!]

In 2014, LA (greater LA, SoCal area outside of San Diego) saw $2 billion in VC dollars invested across 194 deals, according to a report by CB Insights and Upfront Ventures. In the first quarter of 2015, there's already been $671 million invested in 37 deals, meaning if the first quarter continues apace, this year could be another banner year in LA.

What's even more interesting is that the activity in LA is outpacing that of other regions, according to NVCA data. Looking at the combined investments in LA and Orange County shows that this region accounted for 12% of the total of $13 billion invested in the first quarter, this is up from 6% in 2014. Meanwhile, regions like the Midwest, DC, and Silicon Valley are seeing a slight decline in their percentage contribution of investment dollars spent in the first quarter 2015 from all of last year.

All this activity has leaders of the LA tech ecosystem excited. The question however is how collectively the tech community can make LA an even larger tech hub. Here's what the panelists had to say.

Peter Marx, CTO of the city of LA, kicked off the panel showcasing how technology has evolved in LA, including how UCLA was one of the three birthplaces for the Arpanet, and because of the LA Olympics in 1984, a computerized traffic management system was deployed and there are 4,500 intersections report traffic back to a central computer. The city also issued an RFI asking small companies to tell us what would you do if you had access to real-time data from the intersections as well as connected parking meters and connected cars? Now the city is also testing parking spaces where one can park their car and charge it.

Rob Kornegay, Partner at Wilson Sonsini, and a title sponsor of Splash LA, also gave opening remarks. In his talk he touched on the strengths of the LA market. When you think about different elements of Silicon Valley that formed that ecosystem, they're being replicated here, he said. The Bay Area has two world-renowned major research institutions. In the larger LA area, there's three - Cal Tech, UCLA and USC. In terms of the workforce, there's always the issue of engineers, but if you think about these [successful] companies and the people who founded them, most of them were no different than you and I. So it's a matter of time before more will emerge in LA. Additionally, an important part of building an ecosystem is having a virtuous cycle of building companies, and that's happening as stand-alone, established companies are being formed here, such as recent IPOs - TrueCar, Rubicon, Cornerstone - whose growing workforce of new tech leaders can develop tomorrow's tech leaders. He also emphasized that the LA market is significant, with $1 billion invested, and the increased deal size is a good sign that the market will remain strong.

Winston then kicked it off with a question about what's the next step to build on the momentum.

Nate Redmond, Partner at Rustic Canyon, said the key to LA's success is the executive talent pool. "It's not engineering and technology. You can easily recruit it," he said. "Neither is it founders and entrepreneurs." The talent hole is the executive level and leadership that helps young startups building. With larger companies that have stuck around as independend companies - that talent pool as they come to LA will lend credibility to these companies.

Eva Ho, Founder of Susa Ventures, pointed out three challenges LA has. Firstly, there needs to be cross-fertilization of cultures into a more cohesive culture. Venice is different from Culver City, which is different from downtown. There should be programs to reduce the friction between the neighborhoods. Secondly, LA is losing great talent from Universities. "We have to mitigate the attrition," she said. Thirdly, in looking at programs, the common theme of ones that don't work are those that don't include tech leaders or those in tech leadership. The ones started by the city or in Universities have to include the tech leaders. Also, Ho wants to foster a much more "enduring tech ecosystem."

Tara Roth, President of Goldhirsh Foundation, - even looking at gender, racial makeup is very different. One of LA's strengths is diversity. We need to build a community where we feel connected and leveraging and embracing on our diversity and who we are as Angelinos. There's a lot more that needs to happen beyond building support systems for technology, but expanding the definition of entrepreneurship. We also need to see startups that have a social impact.

Ashish Soni of USC talked about his hypothesis explaining the engineering talent pool drain from Universities. Each ecosystem has its dominant culture, he said. LA's dominant culture is entertainment and Silicon Valley's is engineering. So good engineers go to where engineering is the dominant culture, and choose to "become the lead singer there." The best students go to the Valley because they're valued more there. What needs to happen in LA is build companies that are more engineering-centric. And we need density of those type of companies. 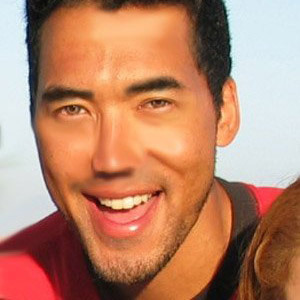 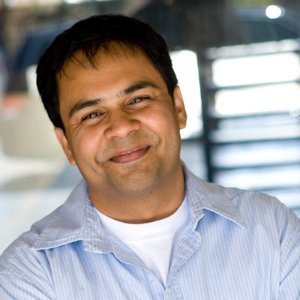 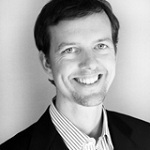