Could Microsoft be a potential buyer for Salesforce?

The company, which joined with Salesforce for a partnership last year, is said to be mulling a bid 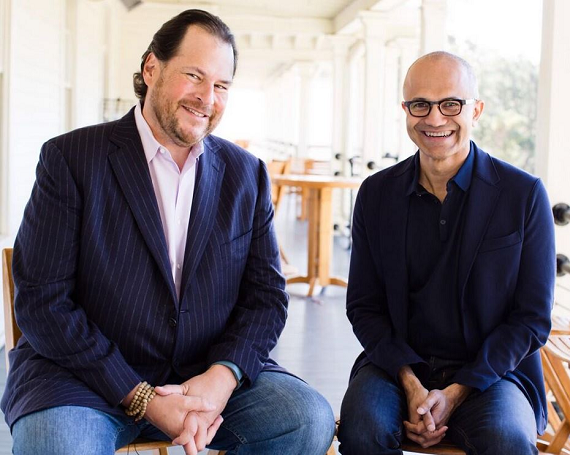 In the past few days, reports have been coming out about a potential acquisition of customer relationship management (CRM) company Salesforce, with names like Oracle and SAP being mentioned.

Now there is another name being thrown out there, and it is an interesting one.

Microsoft is said to mulling a potential bid for the company, according to a report out from Bloomberg on Tuesday. There is no deal in place, and the two sides are not even talking yet, but the company was apparently spurred to action when another company made a bid.

According to Bloomberg, Microsoft "has long expected it might compete for Salesforce if it was for sale."

This makes some amount of sense considering the close working relationship the two companies have. In May of last year, Microsoft and Salesforce announced a strategic partnership to create new solutions that connect salesforce.com’s customer relationship management (CRM) apps and platform to Microsoft Office and Windows. The two companies unveiled these joint solutions in October.

Such a deal would also makes sense given the fact that, under new CEO Satya Nadella, Microsoft has been transforming itself into a cloud company, one of the areas where Salesforce excels.

Salesforce sells products that allow businesses to manage relationships, as well the data and information associated with them. Though the company has started to develop other products, including an enterprise social network called Chatter, CRM still remains its core business.

It has four core products:

For Microsoft, getting its hands on Salesforce's cloud capabilities would be a big help toward the company being able to grow in the space.

If Microsoft were to be seriously considering a bid, the company would have to pay big. Salesforce, a publicly traded company, has a market cap of $49.43 billion as of the end of trading on Tuesday.

News of the possibility of Salesforce ending up as a member of the Microsoft family sent Salesforce stock up nearly 6% in regular trading, to $75.84 a share, though it has since come down 3.63% in after hours trading.