Australian door-to-door parcel delivery startup Sendle raised $1.8 million in funding in a round led by NRMA.

Stringify, an Internet of Everything startup, raised $6.3 million in seed funding led by ARTIS Ventures along with OurCrowd and other private investors.

Dash Robotics, makers of hand-held, bio-inspired robots, raised $1.4 million in a round of seed funding led by IronFire Capital.

Headout, a last minute mobile marketplace for tours, activities, and experiences, raised a seed round of US$1.8 million from Kunal Bahl, Rohit Bansal, and Vishal Gondal.

SiteZeus, a provider of site selection technology for brands, raised $2.2 million in funding from Chris Sullivan and  Baldwin Beach Capital.

Deep Information Sciences, a provider of database science for Big Data, raised $8 million in a Series A round led by Sigma Prime Ventures and Stage 1 Ventures, along with AlphaPrime Ventures.

untapt, an automated recruiting platform focused on financial services companies, raised a $3 million Series A round led by Tsai Capital Corporation and its affiliates, with participation from SenaHill Investment Group and other investors.

Freshdesk, a provider of cloud-based customer support software, raised $50 million in a round led by Tiger Global, and joined by Accel Partners and Google Capital.

Oscar, which connects customers with insurance providers, raised $145 million in a round was by Peter Thiel and Brian Singerman, with Li Ka-shing, the Wellington Management Company and Goldman Sachs also participating.

ZIRX, an on-demand valet and car services company, raised $30 million in a Series B round led by Bessemer Venture Partners with participation from Norwest Venture Partners and Trinity Ventures, among others.

On-demand shipping service Shyp raised a $50 million Series B round led by Kleiner Perkins Caufield & Byers, along with Homebrew, Sherpa Ventures and independent investors like Kevin Rose and Jennifer Hyman, among others.

ConXtech, a construction technology company, raised $25 million in a Series D round led by Saudi Aramco Energy Ventures and a venture fund associated with the George Kaiser Family Foundation.

OpenFin, a provider of HTML5 runtime technology for the financial industry, raised $3 millionin a round was co-led by Bain Capital Ventures, Pivot Investment Partners and Nyca Partners, with participation from 20 senior financial industry executives including Cris Conde and Tom Glocer.

Gengo, a translation platform for global companies, raised $5.4 million in a Series C funding round led by Recruit of Japan, along with SBI Investments, MUFJ Capital and CrowdWorks.

Smule, a developer of music-making apps, raised $38 million in a round led by Adam Street Partners, with Bessemer Ventures, Shasta Ventures, and City National.

Funding Circle, an online marketplace for business lending, raised $150 million in a round led by DST Global, with participation from Baillie Gifford, a fund managed by BlackRock, Sands Capital Ventures and Temasek.

Blank Label is a provider of custom men's dress shirts. We empower consumers to be their own designers with our online dress shirt design app. Our shirts are individually made with all of your design and size preferences. 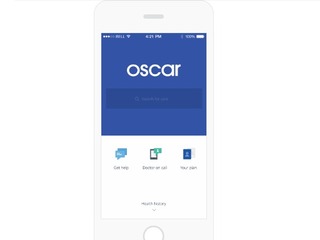 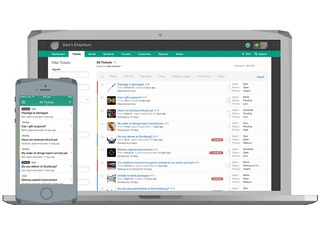