Oscar is a health insurance company, using technology and data to connect customers to providers 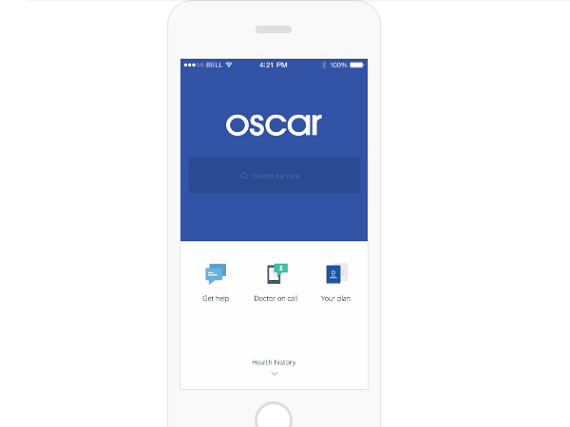 I'm honestly no fan of the for-profit insurance system we have in this country. If there is one thing that shouldn't be a commodity, it's a person's life. It's the system we have, for now anyway, so there's no reason that is shouldn't be easy and workable for the average person.

That is where Oscar comes in. The company employs technology and data in order to make it easy for customers to connect with insurance providers.

Now it has raised a big new funding round, totaling $145 million, it was announced on Monday. The round was led by Peter Thiel and Brian Singerman from Founders Fund. Li Ka-shing of Horizon Ventures, the Wellington Management Company and Goldman Sachs also participated, in addition to all previous investors.

Oscar had previously raised $175 million, most recently an $80 million round in May of 2014. This round brings Oscar’s total funding to date to $320 million and reportedly values the company at $1.5 billion.

"We don’t get excited about raising money, but rather, see it as a small step towards improving experiences for our members each and every day," Mario Schlosser, CEO of Oscar Insurance, said in a blog post.

"Our most recent round of financing will ensure our continued dedication to service and innovation for our members. It will allow us to grow our staff, create new products and extend our plans to new members across the country."

Founded in 2013, Oscar calls itself "a new kind of health insurance company," one that makes guides patients to getting the best type of coverage from their provider.

"We think health insurance should be simple, human, and smart. We use technology to guide you to better care and help you keep track of your health," the company says on it website, "And our trusted team of nurses and healthcare experts work hard to answer your questions and save you money. It’s even free to talk with a doctor over the phone anytime. We’re like a doctor in the family."

The company provides what it calls "Simple plans," which gives patients free doctor visits, free preventive care, and free generic drugs. Patients can also talk with a doctor anytime over the phone for free. For everything else, Patients pay for care up to the plan’s out-of-pocket max. After that, Oscar says it pay for everything covered by their plan. That means that patients don't have to worry about copays or coinsurance.

Oscar is currently available for people buying Obamacare insurance plans through the New York and New Jersey Marketplaces. It has roughly 40,000 members, and it says it is "expanding fast."

Healthcare, and insurance, are big business, and venture capitalists have taken notice. Funding for health companies more than doubled year-to-year in 2014.

By the second quarter of last year it had already surpassed the totals for 2013, and in the end rose 125% to a total of $4.1 billion. That is significantly higher than the 30% growth rate the space saw in 2013.

In the first quarter of this year, healthcare already hit nearly $2 billion, spread across 131 deals, up 34% from the same quarter a year before.

The company will be releasing a series of videos about the company and its mission. This is the first one, put up on Monday: