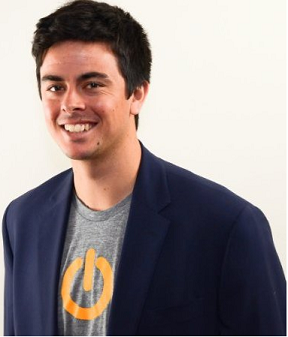 For the past few weeks we have begun highlighting different members of the early stage venture capital community. While we are mostly focusing on seed and post-seed funds, we will occasionally be looking at other types of funds as well, including accelerators, and the investors running them.

One of them is Adam Draper , Founder and CEO of Boost VC, a startup accelerator.

Before founding Boost in 2012, Draper was the founder of Xpert Financial, which launched in 2009, and Enders Fund, which he created in 2010. He has also been a board member of Makegameswith.us since 2012 and a board member of Livestream since 2011.

Adam Draper: First, good people. Ideas can change, but people generally don’t. We back founders that are hard working, creative, have good ideas and that we want to hang out with.

We have a focus on Bitcoin companies. We done a lot of Bitcoin but also I'm interested in crazy ideas, the things that sound silly are the ones that are generally work. Like a rocket company, a 3D printing clothe company. Bitcoin was a crazy idea five years ago.

Another point, when companies have a uniqueness about them it makes it easier to pitch. If you hear about a  rocket company, you are going to let them in. It's easier to get in front of people, because for investors it's way to to break up the monotony. That said, some of the best businesses are not crazy things, but you want to select the one with the interesting story.

VN: What would you say are the top five investments you have been a part of? What stood out about those investments in particular?

AD: That's like picking your children. I've personally invested around 30 companies, and Boost has made 97 so that's 120 companies. I don't like picking favorites.

The defining company was Coinbit. I didn’t know then, but that ended up being the company that defined my investment thesis for the next three years and I've now invested in 50 Bitcoin companies.

At Boost, the companies that are really representative of type of entrepreneur we want to  back have a scrappiness. That is something we look for. The kind of companies that even if they were out of money, and working out of their parent’s basement, they would they still be building it.

One of our investments was in Favor, an on-demand food delivery service in Austin, which has grown incredibly fast. We like to say that we look for the cockroaches because part of being an entrepreneur is  not dying. Favor is that company. They have committing their lives to  building that company.

Another was Bagaveev, the rocket company, which launches satellites into space. They raised $500,000 after Boost to build a rocket. That is not much money, so they built the top part of the rocket and almost launched it in the Mohave Desert.

AD: As I said, the majority is based on team, their scrappiness, and if the market is there, if the founders will be able to do this idea.

AD: I went to UCLA, where I was an English major. Had I known there was a creative writing major I would have chosen that instead. My senior year of college, I had friend who had graduated, Thomas Foley, who had started a company called Xpert Financial and convinced me to join. There were big problems in the markets in 2008, and then the crap so there was a liquidity lockup. No one could go public, and all these VCs had this private stock that they couldn’t attain liquidity with. They couldn’t sell it. So we started the first private market exchange, and I became more of a broker dealer. Over the next four years I made a lot of mistakes, while hopefully making a couple of good decisions along the way, but I wanted to help friends not make same mistakes. I found that to be fulfilling, that experience of helping people.

I approached my co-founder about helping early stage companies. He said, 'You've been here four years, so go do that." So launched Boost. I didn’t want to be the middle man between the investor and entrepreneur, I wanted to coach entrepreneurs.

AD: Since we are an accelerator, we have a smaller fund, $6.6 million, that we get to invest from.

Structurally accelerators are not too different from VCs. There is no standard for accelerators, though; we can raise a smaller fund, invest in a lot of companies, and own a percentage. We are structured similarly, with a higher management fee, but don't need as much money to invest in 250 companies.

AD: Around 6%. VCs will get 20% to 30%. We want to partner with the founding team early to get them to the point where angels or VCs will want to look at them.

VN: What percent of your companies have your provided follow-on capital for?

AD: Our fund is not big enough for follow on.

AD: We are still in first half of it.

AD: We are the masters of Bitcoin and crazy stuff. Plus, we’re super awesome.

Boost is an accelerator based in the heart of San Mateo. At Boost we believe that with the proper business and product guidance, any entrepreneur can build a great idea into an amazing company. Our twelve week program will balance the strength and guidance of seasoned mentors, with the excitement and drive of young, passionate entrepreneurs.

The Boost program consists of speakers, mentors, team building excercises, office hours and general legal help. We are here to provide you with anything you need to be successful in your venture. Boost is made up of a team of energetic passionate entrepreneurs and mentors who want to help others succeed. 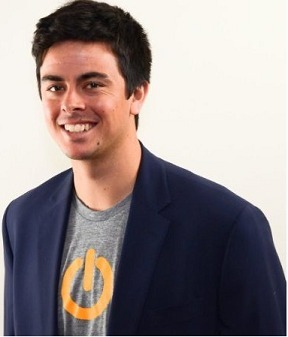 Before founding Boost in 2012, I was the founder of Xpert Financial, which launched in 2009, and Enders Fund, which I created in 2010. I have also been a board member of Makegameswith.us since 2012 and a board member of Livestream since 2011.