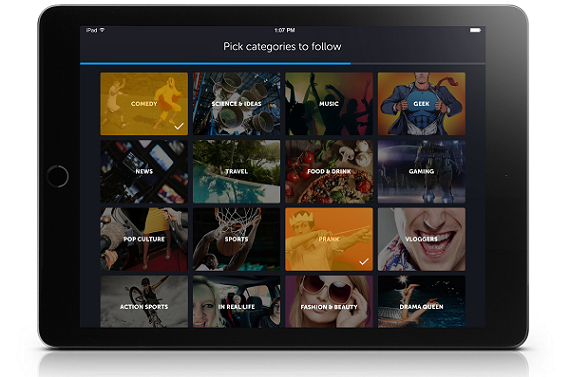 Access to short-format video content has always been free. The biggest player in the space, YouTube, has never asked us to pay anything to watch its videos, at least not until recently. We put up with ads, and while nobody likes sitting through those, the question is, would any of us actually be willing to pay for that content? Just how much is it worth to us?

Vessel, the startup run by former Hulu CEO Jason Kilar, is betting that the answers to those questions is are: "yes," and "a lot."

The video platform askes users to pay $3 a month for early access to premium, ad-free short-format video content from content creators such as NBC, Nerdist, Popsugar, Buzzfeed and more. And its not just the creators of the service who believe that the future of such content is a paid subcription model, but venture capitalists do as well.

VatorNews has reached out to Vessel for confirmation, and we will update this story if we learn more.

The company had previously raised $75 million from Benchmark, Greylock Partners, and Bezos Expeditions in June of last year. All three former investors also participated in this round, which brings its total funding to $133 million.

Vessel only launched three weeks ago, and this new investment will help the company broaden its content, and add new features that users have been asking for, Kilar wrote in his blog post.

"What we are trying to accomplish —creating a video platform that delights consumers and creators alike— is ambitious. Each of these investors brings experience, resources and long-term thinking that will guide us as we continue pursuing our ambitions. Their investment in Vessel will enable us to grow, as a company and a business, equipped with the world-class team and resources we need to make our visions real," he said.

For IVP, the firm thinks that Vessel "has the potential to be as successful," as some of the biggest companies it has invested in, including Dropbox, Domo, HomeAway, Kayak, LegalZoom, LifeLock, Netflix, Shazam, Snapchat, Supercell and Twitter, said Todd Chaffee, General Partner at IVP, in his own blog post.

"If you had to back one team to build the world’s most advanced and user-friendly video platform, this would be the team. Vessel’s founders, Jason Kilar (CEO) and Richard Tom (CTO), are incredibly talented entrepreneurs with a great track record of success,"  he said.

"Jason is a visionary media executive who helped Jeff Bezos build Amazon into an e-commerce giant. Then, as the founding CEO of Hulu, Jason worked closely with Rich to turn a promising idea into a highly successful global business. Jason and Rich have assembled an exceptional management team, and they have some of the best video engineers on the planet."

Of course, YouTube is not going to sit back and allow a new company come and undercut it. According to ReCode, YouTube has been actively trying to block its own talent from posting content on Vessel,"using a combination of cash, promotional muscle and other goodies" to retain them on its platform.

YouTube is also taking a page out of Vessel's book and is planning to launch a subcription service, where users would pay to see ad-free videos sometime this year.

As I said earlier, nobody likes to sit through ads when they want to watch a video, especially one that is sometimes not much longer than the ad itself. What Vessel and YouTube are doing will prove, once and for all, if we dislike them enough to shell out our hard earned money to get rid of them.