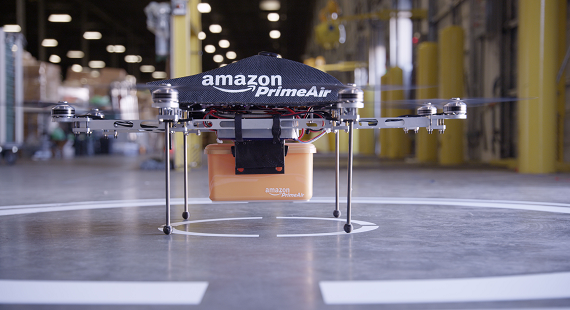 Last month, two big things happened. First, the Federal Aviation Administration finally announced that it was now going to allow Amazon to test out drone delivery. While that would normally be great news, instead the company blasted the decision, saying it had ome so late that the technology was already out of date. It also warned that such regulatory red tape was going to leave the U.S. behind.

Well, that commentary seems to have done the trick, because now the FAA has significantly sped up the process of approving new drone technology for outdoor use.

How much faster? Only a month after making those remarks, Amazon got approval for testing on an updated prototype.

In the letter dated Wednesday, which was posted to the FAA website, the agency does list some restrictions on the testing. For example, Amazon must keep flights at an altitude of no more than 400 feet, and no faster than 100 miles per hour. And, of course, they still have to remain within the drone operator's direct line of sight, fly only during the day and operate over private property.

This is a big victory for the company, which has been fighting for over a year to get permission to test its drone technology in the United States, but which had been forced to go overseas as it waited for regulatory approval, in some cases over six months.

"Nowhere outside of the United States have we been required to wait more than one or two months to begin testing, and permission has been granted for operating a category of UAS, giving us room to experiment and rapidly perfect designs without being required to continually obtain new approvals for specific UAS vehicles," Paul Misener, Vice President for Global Public Policy at Amazon, said in front of a Senate Subcommittee on Aviation Operations, Safety and Security last month.

Amazon is likely to still be unhappy with some of the restrictions that the FAA is imposing, however, as Misener also expressed his unhappiness with new guidelines on operating drones released earlier this year, which pretty much banned any kind of commercial usage. They include restricting drones to daylight hours, making it so the operator of the drone has to be able to see the it while it is flying, and now allowing them to fly over people "not directly involved in the operation."

While the FAA is concerned about collisions and crashes, the technology has advanced to the point, Misener  said, where "automated UAS sense and avoid technology and on-board intelligence address these factors and will mitigate the related risks."

Ultimately, he warned that the U.S. could fall behind given how long Amazon has been fighting for the approval it did get, which was then not even of any use. It seems like th FAA has finally gotten the message.

"We’re pleased the FAA has granted our petition for this stage of R&D experimentation, and we look forward to working with the agency for permission to deliver Prime Air service to customers in the United States safely and soon," Misener told VatorNews.

VatorNews has reached out to Amazon for comment on the report, but it was not available at this time. We will update this story if we learn more.

This news was first reported by Reuters 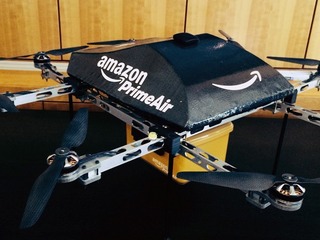 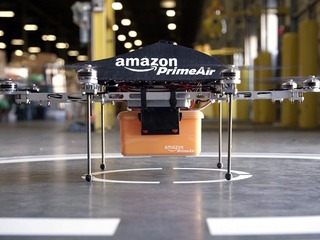